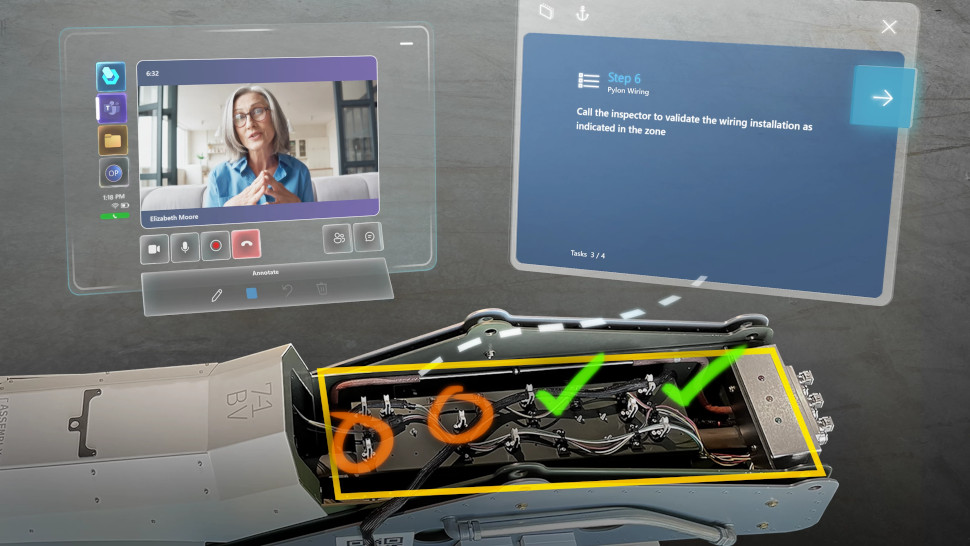 There could soon be no escape from Microsoft Teams, even in the virtual world, following a new update from the company.

Microsoft is looking to help workers around the world deliver the next generation of industry through a number of updates to its HoloLens 2 augmented reality headset, one of which is the addition of its popular video conferencing service.

The update will bring full support for Microsoft Teams tools and functions to HoloLens 2, including screen sharing, calendar coordination, and of course, live video calls and meetings.

“Now they can do both at the same time with the latest release of Dynamics 365 Guides, which combines these two mixed reality apps into a single seamless experience”, the company wrote in a blog post.

“Users can intuitively switch between process and collaboration activities or do both simultaneously. Easy access to the information they need and the people they’re working with is at their fingertips, ensuring everyone can take action with confidence in the industrial metaverse.”

Going forward, HoloLens 2 users will be able to call Teams users directly, as well as joining group meetings, which will now be displayed as a hologram in their space.

HoloLens 2 users will also be able to view any content shared in a Teams meetings, pulling up a separate window for live streaming presentations or video if needed, which can then be customized and positioned however required.

They’ll also be able to browse and add Teams contacts to their calls, and check and review both their own calendar and those belonging to others, with the ability to join Teams meetings directly from the calendar view, just like using a laptop or PC.

Those not wearing a HoloLens 2 headset will see video feed from the viewpoint of the user wearing the device, much like a GoPro video. As well as video feed, HoloLens 2 users can communicate through text chat, and open up any images or PDFs sent on their display.

Using the mixed reality toolbar in Teams desktop also means desktop users can add 3D notes to a virtual display – so if they draw on their own screen, the ink is automatically added to the HoloLens 2 view.

> Microsoft HoloLens 2 is getting an industrial edition for hardcore environments

> These are the best online collaboration tools

The new updates are available now for HoloLens 2 users to install and begin using.

The news comes shortly after the US Army saw its first delivery of 5,000 specially-designed Microsoft HoloLens headsets.