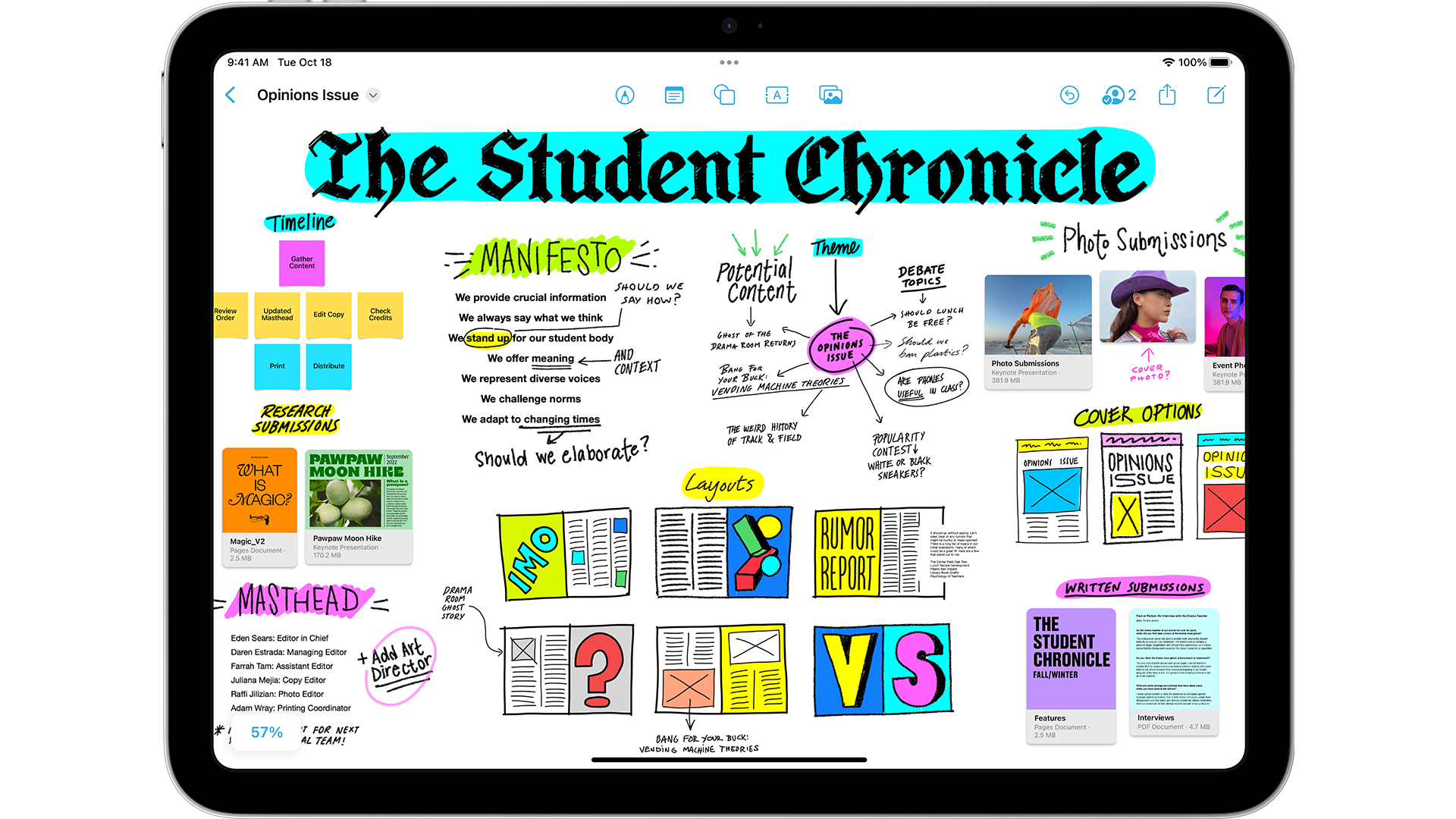 If you had to identify the main thrust of Apple’s most recent software releases, it would be productivity. While iOS 14 marked the first appearance of redesigned widgets, iOS 15 doubled down on maximizing productiveness with Focus, and soon, Freeform looks to complete this trilogy with a new iOS 16 update.

Apple’s new app gives you a blank canvas where you can work on your own or collaborate with other Apple users across macOS 13.1, iPadOS 16.2, and iOS 16.2, all now available to download from today (December 13) by going to Settings > General > Software Update.

While Freeform was first shown off during WWDC 2022 in June, it was made available to users in November with the first public beta releases of macOS 13.1, iPadOS 16.2, and iOS 16.2, which allows you to sign up for a testing phase to see what’s been changed and what’s been fixed.

Since then, I’ve been trying it out on an M1 12.9-inch iPad Pro (2021), Macbook Pro 14-inch (2021), and my iPhone 13 Pro, and while it’s left me with a sense of hope that Apple hasn’t missed the mark in its productivity focus, it also makes me wonder if this is a precursor to how apps could be used with its rumored headset.

Freeforming a project with ease

When you launch the app, you’re brought to a blank canvas, with a menu bar at the top, where you can insert text, sticky notes, images, and shapes, alongside a toggle to use an Apple Pencil.

As the app name implies, this is a freeform project mapping space. The canvas is as blank or full as you need it to be.

But it goes deeper than that – you can invite friends and family to help contribute to this canvas, sparking new ideas or building upon existing ones. You can also drop in rich links for websites, alongside video links that will play once you select them within Freeform. Direct access to what would normally be third-party functions makes canvas creation and management much more streamlined and has made it that much easier for me and my wife, for example, to build ideas across the canvas.

The design of the app is pure Apple – a minimal amount of options at the top of the app to choose from, but enough to get the job done, wrapped up in an elegant app that works across iPhone, iPad, and Mac. It’s great to see a brand-new app that works so well out of the gate, and Freeform’s great design will make you want to fit it into your workflow.

I’ve been creating a Freeform canvas layout for planning the locations of my home smart cameras (I bought three during Black Friday weekend). I have a space in the dining room where our dog, Jolly sleeps, and, on my Freeform canvas, I have a sticky note describing where the camera could go.

Occasionally, my wife will add a photo to another part of the canvas that defines another room of the house, and I’ll see her update on our shared workspace indicating where the camera should be placed, and when it should record.

It’s been a good use case for how Freeform could work, but there’s an AR aspect to the app that makes me think it could be perfect for Apple’s rumored headset, as it seems tailor-made for the next frontier.

Productivity in an AR world

Imagine wearing a headset that would load up Freeform, and you could collaborate on a virtual wall that has your existing canvas attached. With your hands, you can rearrange the sticky notes and photos, similar to a scene from the 2002 movie, Minority Report.

While using the app, it felt as though Freeform could be a fantastic showcase for the headset if it does become official in 2023, as these use cases would be perfect for this product. Collaboration and productivity are themes that Apple has been improving upon for its iPhone, iPad, and Mac products in the last few years, and something like this could only sharpen that focus.

Regardless, Freeform is a fantastic first version to come out from Apple, and it’s an app I’ll be using alongside my to-do apps when another big project arrives.