Power play: How AWS is helping build the future of the NFL

Power play: How AWS is helping build the future of the NFL 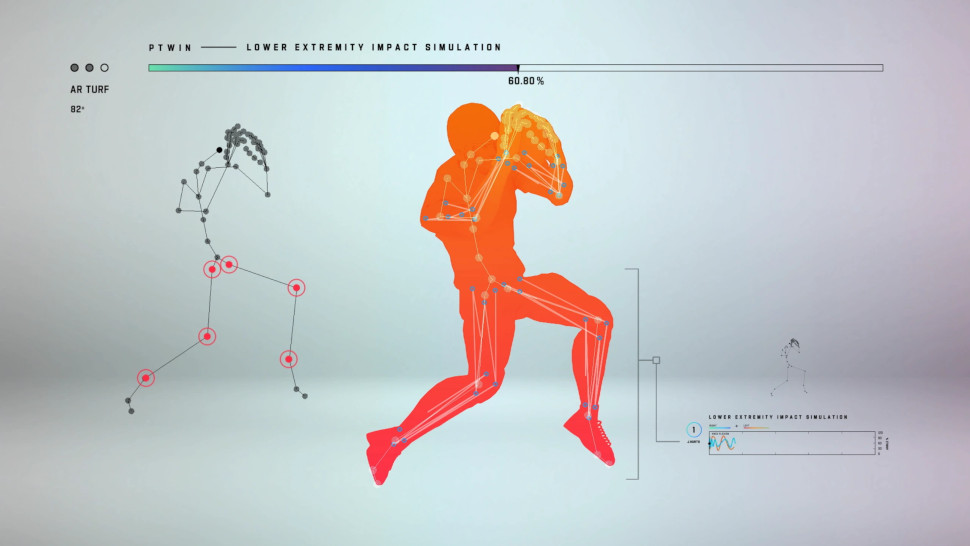 In a sport where fine margins often mean the difference between victory and defeat, having the extra 1% advantage can mean everything in the NFL.

The sport already enjoys its fair share of statistics and data analysis, but compared to the likes of MLB and NBA, it could be right to say that American Football isn’t quite as data-friendly – yet.

Now, though, the ever-increasing partnership between the league and Amazon Web Services (AWS) could be set to transform the game – not just for fans and broadcasters, who benefit from richer statistical analysis, but also for the players themselves, with AWS technology perhaps quite literally set to keep them in the game for longer.

First launched in January 2022 and expanded at the recent AWS re:Invent 2022 event attended by TechRadar Pro, the motive behind the NFL and AWS’ concept of the “digital athlete” is to save the careers, and possibly the lives, of its players.

Langton explains that the program generates “a tremendous amount” of data on each league player, before using this data to build and run models on a range of factors aimed at predicting and preventing injury.

The NFL had tremendous success with a previous program aimed at reducing concussions in the sport. However, Langton notes that the relevant game data had to be collected manually, meaning gaining insights quickly proved tricky.

The league is now working with AWS to build the infrastructure to process the huge amount of data being generated by the digital athlete program to create a virtual, 360-degree representation of an NFL player’s experience, that can then be used for injury prevention models.

“We wanted to not just have a cloud and a cloud computing environment to do analytics, but we wanted to build what the digital athlete is,” Langton notes.

But when it comes to the actual players themselves, how does the system stack up? Larry Fitzgerald had a 17-year career with the Arizona Cardinals, being selected for the Pro Bowl eleven times, and now works as a broadcaster for ESPN and SiriusXM.

Far from AWS technology being used to reduce NFL players to numbers in a spreadsheet, he sees the increasing use of data in the game, and “digital athlete” models, as vital to giving those willing to embrace it a leg up over their opponents.

“I look at it as a competitive advantage that some people are not going to utilize – but I am,” he notes. “I’m a smarter athlete. If there’s a better athlete I’m playing against, you might be physically better, but I’m smarter than him, I have more information, I’m more knowledgeable…and that might negate his natural ability.”

Fitzgerald, who works closely with both AWS and the NFL, notes that the digital athlete program looks to “help the mind, body and soul to help [players] improve on the gift they’ve been given to play the sport that they play…at the very best of their abilities.”

“From workout regimen to input – [providing] any data that [players] can utilize to be able to perform at an optimal level.”

Fitzgerald’s role as a wide receiver meant he was often on the rough end of the types of contact that the NFL and AWS is looking to make safer. The league’s initial statistical experiments began around the 2012/2013 season, after Fitzgerald had already been playing for ten years, and he’s unsurprisingly full of praise for the effect it had on lengthening his career.

“Without a doubt, it helped me be able to play a long time,” he says. “I was trying to maximize my career the best I could, and so if the use of analytics, and understanding the information I was receiving from our staff, would help prolong my career, that made me dive in immediately.”

“What’s unique about an NFL player is that 90 percent of what we do is practice…you get a chance to try out things hundreds of times before you ever do it in the game,” he notes.

“I would always want that type of information to be able to know exactly where I was at, from year to year [knowing] what do I need to do to continue to maintain what I’ve been doing over the last few years…and ways where I could continue to be effective, especially as my skill set started to diminish with age.”

However, Langton notes that not everyone was receptive to the league’s new ideas to begin with.

“One of the hardest things we do is changing behaviors…we’re talking about the world’s most elite athletes,” she notes, highlighting how some players were wary of changing from using lightweight helmets that might be putting players at risk of concussion to heavier units that did not feel quite as aerodynamic.

“It’s very hard to change behaviors,” she notes, “[but] we have so many different stakeholders at the team, whether that’s team positions, athletic trainers, strength and conditioning sports science equipment and managers…that are the conduit to the players. It’s always a challenge, but we also have a very scientific and engineering rigor to it. Education is the answer, and it’s the key.”

Fitzgerald agrees, but notes that the outlook is changing as younger, more tech-savvy players enter the game – particularly those who may have attended higher-status universities or colleges with better resources.

Langton notes that newer players are, “much more nimble and savvy with data and information…here’s a natural appetite, but it has to be very much embedded in the team’s culture.” She adds that there needs to be a bigger team effort among all the coaches and analysts. “You have to have a culture that buys into that, but when teams are successful and winning, they start to adopt it.”

Looking forward, it’s clear the NFL has bold goals for its data-driven digital athlete program, and applications of the technology elsewhere.

Langton notes that following its initial pilot with four early adopters, all 32 NFL teams will receive the digital athlete platform next year, and claims the system has already had interest from other sports, namely the English Premier League, but could also have potential use cases in the wider medical and healthcare fields.

Some examples she cites are around examining the mechanisms of injury and the human body, but also in mitigating risk and optimizing performance.

“Really, the power of the work, and the impact of what we’re doing, I think that we’ll go well beyond football,” she notes. “It’s pretty unique, which is why our partnership with AWS is pretty unique.”

And for Fitzgerald, who also admits he benefits hugely from AWS’ statistical output in his broadcasting role (as well as his children’s Fantasy Football league), the possibilities for the future of the NFL are endless.

He ponders the effect that better analysis has had on prolonging the careers of sports legends such as Roger Federer, Phil Mickleson, Serena Williams, Tom Brady and LeBron James – all of whom performed at the highest level for a much longer period than would have been expected in the past.

“Father time is undefeated,” he laughs, “But you can’t tell me that a lot of these things that we’re talking about today aren’t helping players go on longer, and still play at an elite level.”