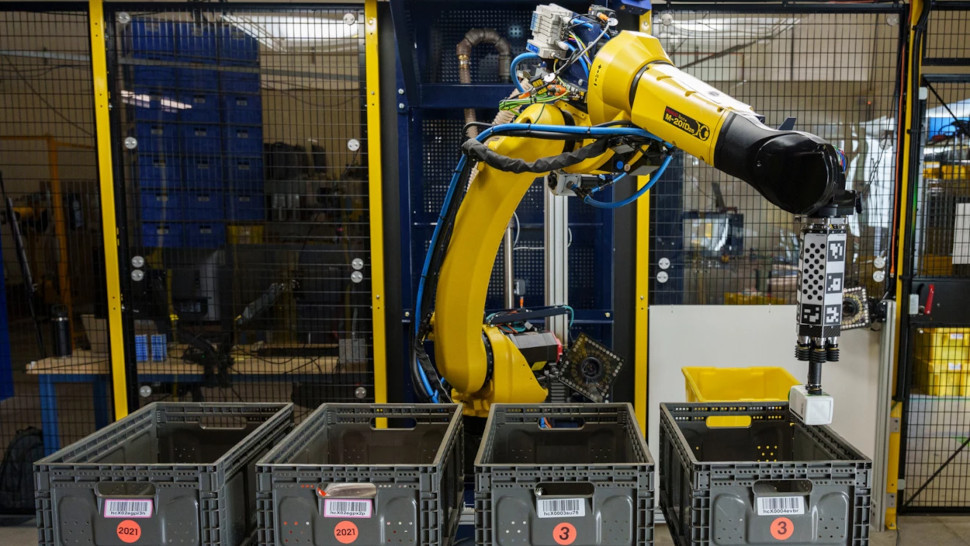 Amazon has unveiled “Sparrow”, a new intelligent robotic system aimed at streamlining the fulfillment process by moving individual products before they get packaged.

Unlike the retail giant’s previously deployed robotic arms, which includes the likes of “Cardinal” and “Robin”, Amazon claims the Sparrow arm can identify around 65% of its product inventory without human help.

Sparrow uses computer vision and artificial intelligence (AI) to recognize and handle millions of items, streamlining the process and saving human energy, as the company says Amazon employees around the world picked, stowed, or packed approximately 5 billion packages—or over 13 million packages per day.

Why is Amazon betting on robotics?

“Robotics technology enables us to work smarter, not harder, to operate efficiently and safely,” an Amazon spokesperson said in a blog post announcing the news.

“Working with our employees, Sparrow will take on repetitive tasks, enabling our employees to focus their time and energy on other things, while also advancing safety.”

Sources have indicated that the retail giant is in dire need of robotic intervention.

Leaked internal research, originally reported by Vox, claimed that Amazon could run out of staff willing to work in its warehouses by as soon as 2024 if it doesn’t change its employment practices.

“If we continue business as usual, Amazon will deplete the available labor supply in the US network by 2024,” read the research.

> Our guide to the best cloud hosting

Amazon has long been betting on robotics, in 2012, it made a big investment to improve productivity in the supply chain by acquiring Kiva, a robotics company whose technology is still in heavy use ten years later.

Robotics aren’t taking human jobs, they are also creating them if Amazon’s claims are to be believed.