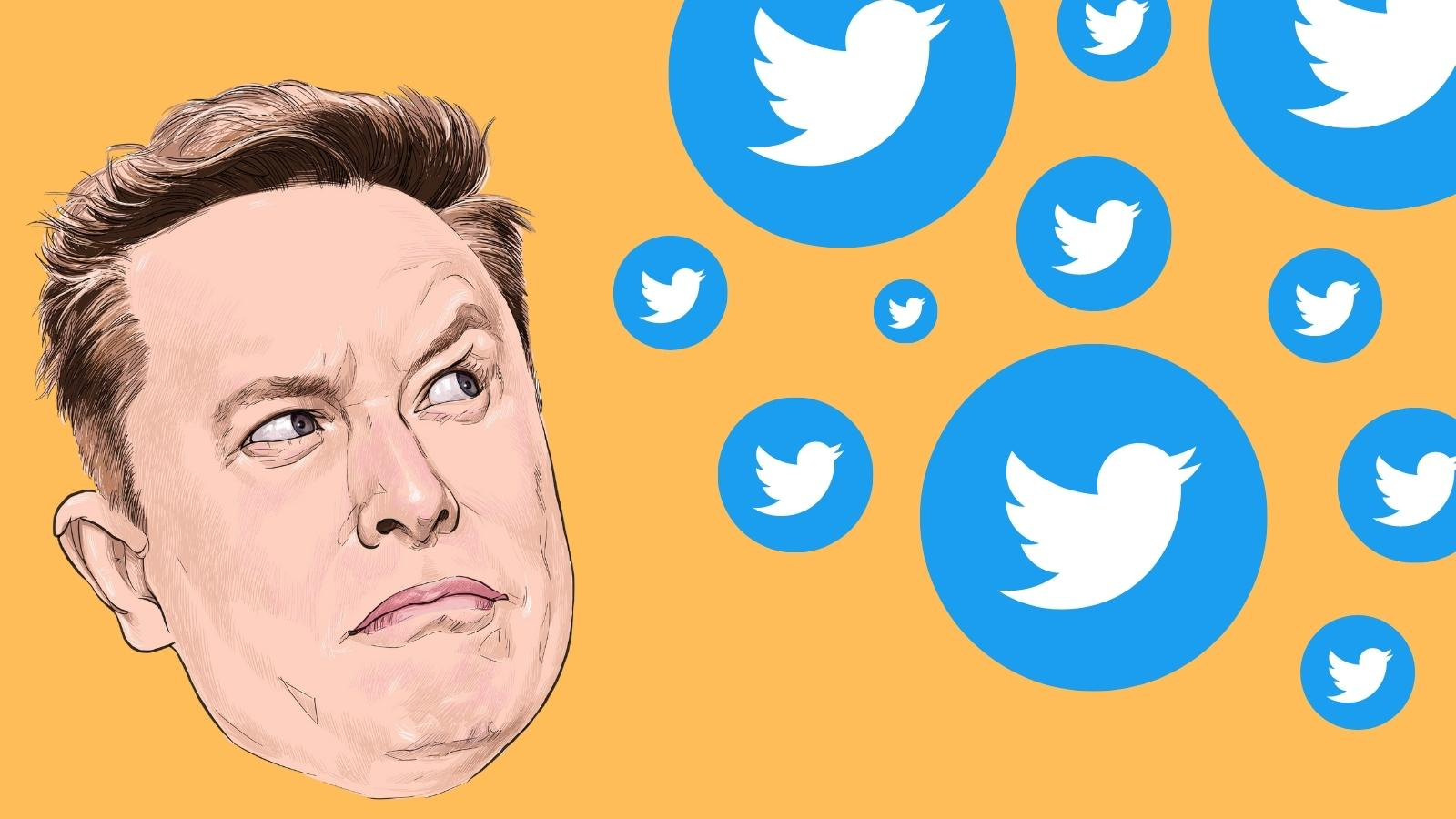 It looks like Instagram is down. Millions of users have been trying to scroll through their feed on the app, but rather than being brought with photos or reels, people are discovering that their accounts have been suspended.

As of the afternoon of Monday, October 31, Instagram seems to have suspended a number of accounts, though the exact number of users affected is unclear. Parent company Meta has issued the following statement:

“We are aware that some Instagram users in different parts of the world are having issues accessing their Instagram accounts. We’re working to resolve the issue as quickly as possible and apologize for the inconvenience.”

We’ve fired up this live blog to bring you all the latest developments, while we – and hopefully the Instagram team at Meta – try to figure out what’s happening.

If you’ve been getting this message, you’re not alone, but Instagram looks to be aware of the issue.

We’re aware that some of you are having issues accessing your Instagram account. We’re looking into it and apologize for the inconvenience. #instagramdownOctober 31, 2022

Rejoice – looks like Instagram is looking into the issue now. Best thing is to grab a drink, and hopefully once you’re back, all of this will have blown over.

After the news earlier today that Twitter CEO Elon Musk is wanting to charge for the blue tick, and now Instagram is down, could we see a hat trick soon of another social platform having issues?

@instagram what is going on? My account literally got suspended for no reason I did not violate any community guidelines, and when I try to verify the code it’s just giving me a loading error. Is anybody else having this problem? #Instagram #instagramdown pic.twitter.com/2ORKRtu0z7October 31, 2022

This is an example from @QueenVIP8 of how her Instagram account was suddenly locked out for no reason.

Again, if you only open up Instagram to look at dog pictures once a day and you’re wondering why you’ve been locked out, don’t panic – it’s a bug, and Instagram is aware.

Instagram is doing some sort of purge, it appears. Lots of people are having a bad day over there. @mosseri pic.twitter.com/CYIxEzbc9HOctober 31, 2022

This was how the issue was discovered – countless users were realizing that their follower count was shrinking very quickly, and eventually others would share on Twitter how their account would be suspended for no reason.

While there’s no word from the Head of Instagram, Adam Mosseri yet, we’re waiting to hear back from the company as to when the issue will be resolved.

This was posted from the Communications team at Instagram in the UK, where he states that it is ‘related to a tech issue happening’ within the app, and it’s being looked into.

We’re still waiting for an update, but you get the feeling that it’s battlestations at Meta currently, trying to find a fix for this.

Instagram on iOS issued an app update 5 hours ago for bug fixesNot sure if this is what introduced the problems today pic.twitter.com/5iQnNH5WcFOctober 31, 2022

An interesting catch from Matt Navarra on Twitter – Instagram pushed out an update earlier today for ‘bug fixes’. Could this be related to what some users are currently experiencing?

Our Managing Editor for Lifestyle, Josie Watson mentioned an interesting point of this limbo where no one knows what’s going on and if the issue is currently being fixed.

Mainly due to the fact that customer service from Meta, Twitter and others in social media is almost non-existent, so where do influencers and businesses go to try and find a fix for this compared to the casual user?

Currently, there isn’t one, it’s a wait and see approach, and that could be anxiety-inducing to many who want to communicate with their fans, but are locked out of their accounts.

I did think that this was a good analogy – if it rains, you find shelter, and it’s the same with social media platforms.

If one goes down, you go to another to see if anyone else got caught in the storm.

We’re aware that some of you are having issues accessing your Instagram account. We’re looking into it and apologize for the inconvenience. #instagramdownOctober 31, 2022

We heard back from Meta if there was an update to the issue, and we were directed to the above tweet from earlier today.

So, no update to the update as yet, but we’ll let you know if we hear anything else.

As we’re waiting to hear about a fix for the issue, we were reminded of how dark mode arrived for Instagram and other apps from 2018 onwards, and how it helped our eyes as we would scroll through our feed in bed.

To help explain this, here’s a video from back in 2019, where we went into the benefits of dark mode.

A photo posted by on

To note, our own profile on Instagram isn’t locked down or suspended due to today’s issues, so it does look as though this bug is randomly choosing accounts to do this.

The unusually long Instagram issue continues to play out on Twitter in the strangest ways. First, the Instagram PR team has directed folks to check its @instagramcomms Twitter handle, but the account has not updated at all since its initial cryptic “We’re aware … We’re looking into it…” post four hours ago. Since then there has been no news, and while our TechRadar account and many of our individual editors have not reported any issues, clearly the problem persists.

This is apparent just by following the #instagramdown hashtag on Twitter, which has become a sort of staging ground for Instagram posts that could not be posted on Insta. Many Instagram users have moved on from reporting the outage or complaining about the problem and are now posting photos or groups of photos they say were meant for Instagram.

Rather than grabbing content from an unverified user, you can check out a post from pro footballer Lucy Bronze making fun of the Instagram run on Twitter today. It’s interesting and unfortunate that as Instagram directs users to Twitter for news, Twitter’s new CEO is threatening the aspect of the service that makes it a verifiable source.

Meta has responded to our inquiries about Instagram, though the company has not given us anything new. A Meta spokesperson says:

“We are aware that some Instagram users in different parts of the world are having issues accessing their Instagram accounts. We’re working to resolve the issue as quickly as possible and apologize for the inconvenience.”

Judging from what we’ve seen in the multi-lingual response to #instagramdown on Twitter, it seemed apparent that this was a global issue, and not just affecting one region.

There are still many questions unanswered by Meta. We asked if the specific issue has been identified, but Meta did not give us an answer. We also wondered if Meta will guarantee that accounts will be fully restored, but we got no response to that query either.

It seems that the news of Instagram down will remain anecdotal, so we will follow the users for more information.

We still have no new information from Meta about the Instagram … whatever this is. It’s not exactly an outage, as our accounts are still active, and it would seem a majority of users are unaffected. Still, it is clear that a vocal number of accounts have been suspended for no apparent reason, and whether this is a mechanical glitch or a result of human involvement is unknown.

For now let’s label this the Instagram Mass Suspension Event. We will keep following Instagram users as well as the Meta and Instagram Public Relations teams to see if there is any fix on the way, and if suspended accounts can expect to see reactivation on Instagram any time soon.

We’ve resolved this bug now – it was causing people in different parts of the world to have issues accessing their accounts and caused a temporary change for some in number of followers. Sorry! 😵‍💫https://t.co/Q1FBOEI97DOctober 31, 2022

In case the tweet gets edited or removed, Meta’s Instagram Comms team has said “We’ve resolved this bug now – it was causing people in different parts of the world to have issues accessing their accounts and caused a temporary change for some in number of followers. Sorry!”

A quick survey of the hashtag #instagramdown still shows users who seem to have just stumbled upon the error, even after Meta has said it was resolved. Whether that means the bug has truly been fixed is unclear. We will keep following the users to determine whether the situation has truly improved.