Watch out: The Meta Quest Pro might not be the VR headset of your dreams

Watch out: The Meta Quest Pro might not be the VR headset of your dreams 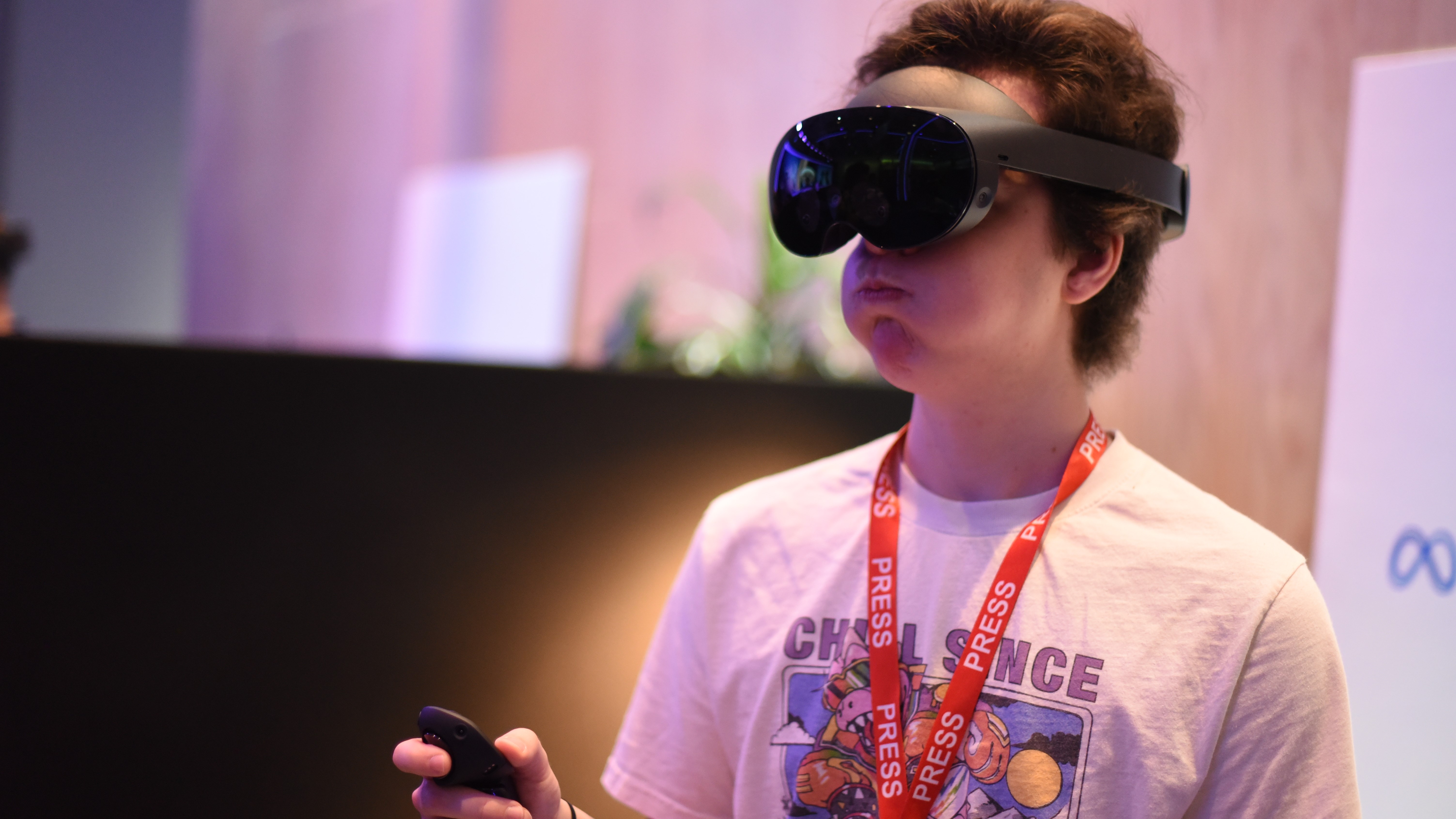 Meta’s latest VR headset, the Meta Quest Pro, is finally getting into users’ hands, and it looks like many aren’t impressed with the next-generation device.

Following its October 25 launch, preorders for the Meta Quest Pro – a much more powerful and feature-packed device than Meta’s Oculus Quest 2 – are arriving at people’s doors, and users are taking to social media to share their thoughts.

Unfortunately for Meta, several of the posts we’ve seen on platforms like Reddit are far from positive, with titles like “Quest Pro sucks” and “Returning the Quest Pro” appearing just a day after the device was released. Reading through the posts it’s clear users share a few key frustrations related to passthrough and the Quest Pro’s VR capabilities.

One big upgrade for the Meta Quest Pro is its color passthrough, meaning while wearing the headset you can see a full-color video feed of the outside world. In theory, this should allow it to better facilitate mixed-reality experiences than the Quest 2’s black-and-white passthrough. When we demoed the headset ahead of its launch, we thought this feature had a lot of potential – the mixed reality titles we played were some of the best experiences we’ve had while wearing a Meta headset – but out in the real world the passthrough isn’t popular.

Additionally, as we suspected, the Quest Pro isn’t the most immersive headset for playing VR titles like the best Oculus Quest 2 games. We didn’t get to play any VR games during our brief hands-on time, but we were worried they wouldn’t be as immersive as they were using a Quest 2 because of the Quest Pro’s design.

Unlike a typical VR headset, which forms a seal around your eyes, the Meta Quest Pro leaves a large gap between the screen and your face so you can see the real world at all times. For mixed reality we thought this was a benefit, but – as users have found – when you’re trying to escape into virtual reality being able to see the real world can be super off-putting. You can buy blinders for the Pro headset to mitigate this issue, but when you’re already paying so much for the device, shelling out more for what feels like an essential add-on is a tough pill to swallow.

It’s worth noting that other users have had a more positive experience, and the complaints we referenced above could be coming from a loud minority rather than the majority of users. Nonetheless, they’re worth paying attention to. Considering the high cost of the Meta Quest Pro you want to be absolutely sure it’s the best headset for you. By reading through people’s reviews you can better determine if it is indeed what you want to buy, or if you’d be better off with one of the other options out there.

Analysis: the best VR headset for you

The Meta Quest Pro does have some strengths. When we tried the headset, we found that its mixed reality experiences were incredibly immersive – thanks to its more open design and color passthrough – and face tracking did make interacting with other users feel more genuine.

However, its price is rather higher and its focus on mixed reality comes at a cost to its VR experience (unless you purchase the additional add-on that blocks out the real world).

So even though it’s Meta’s latest headset, you might find that the Meta Quest Pro isn’t the best option for you.

If you’re after a more budget-friendly VR headset, then right now, you’ll want to go for the Oculus Quest 2 or Pico 4. Based on our experience with both devices, the Quest 2 has a slight edge. Despite having worse specs, its software is generally more polished, it has a better selection of games and apps, and it’s more widely available (the Pico 4 is only available in the UK, Europe, and Asia).

However, if you’re in the UK the Pico 4 is one to consider. It’s slightly cheaper than the Quest 2 (though the Pico 4 doesn’t come with a free game like Beat Saber), and as I mentioned, it’s slightly more powerful. The software does let it down, but Pico has made considerable improvements to the device already. With exclusive games like a VR version of Just Dance on its way to the Pico platform, we could see the Pico 4 match and even surpass the Quest 2 in the coming year.

While it’s not as talked about as the Quest 2, you might also want to consider the best VR headset in terms of raw performance: the Valve Index. It’s pricey (costing $999 / £919 / about AU$1,425), and you need a solid PC to run many of its best VR games (setting you back at least another $500 / £500 / AU$750), but in return, you get a great headset. The image quality and its knuckle controllers help make your VR titles feel even more interactive. This headset offers the best way to play some of VR’s greatest games like Half-Life: Alyx.

The only downsides are that the Valve Index is wired and requires a fair amount of setup and space, thanks to its base stations. But these drawbacks are more than made up for by the Index’s performance.

One other device to consider is the Oculus Quest 3. Sure, it’s not available today, but it is coming next year (according to Meta). Meta CEO Mark Zuckerberg has said it will cost $300 to $500, which is about the price of the Quest 2 right now. We also expect to see the PlayStation VR 2 in 2023, though you’ll need a PS5 to use it. So If none of the headsets above tickle your fancy there’s no harm in waiting a few months and seeing if the next generation of VR devices suits your needs (and your budget) better than what’s out there now.