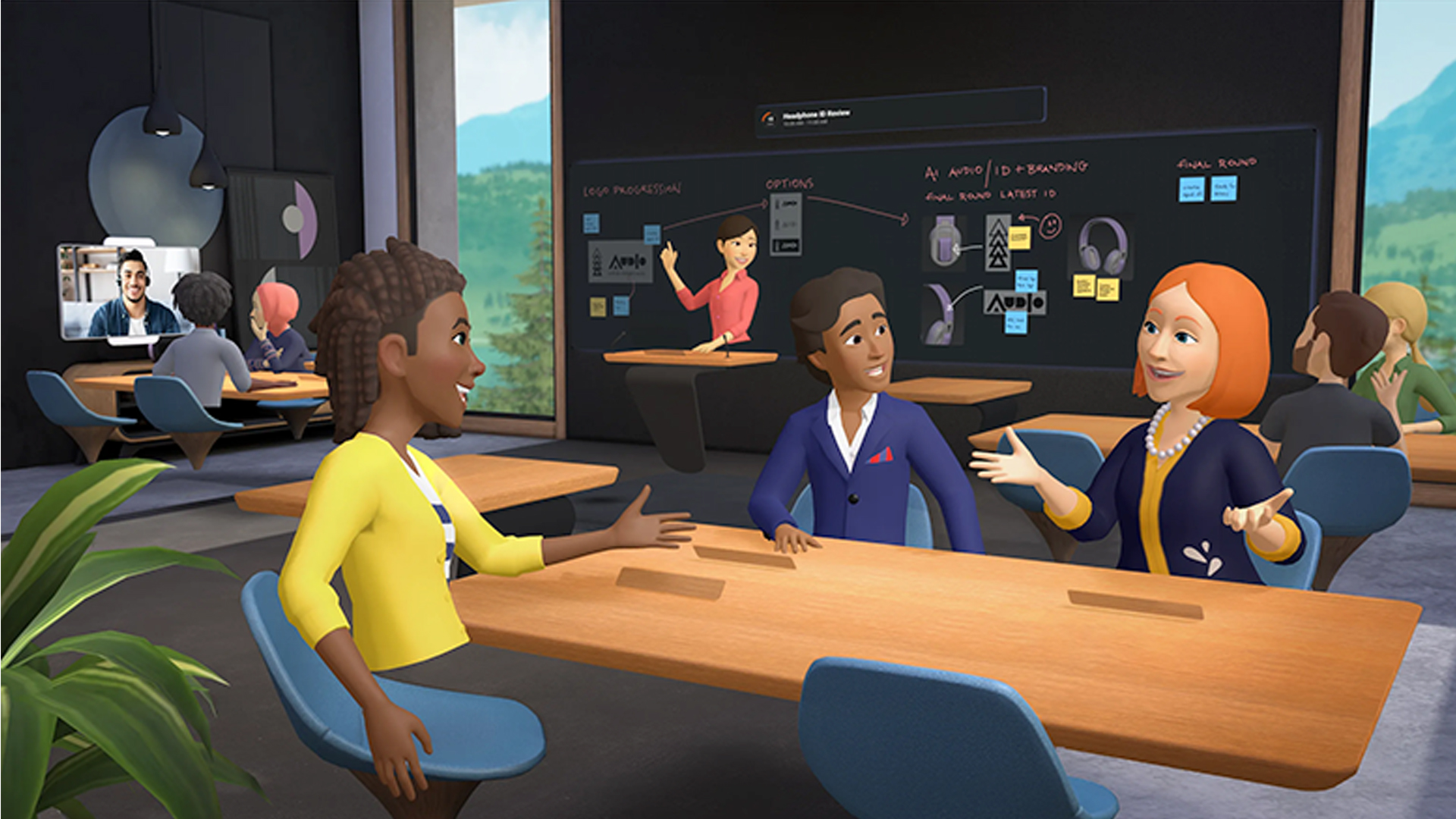 Meta’s new Meta Quest Pro has moved quickly from the unveiling stage to a retailer near you. It asks only that you have deep pockets and, perhaps, a seriousness of purpose.

And that you be at least 13 years old.

I picked up on that little tidbit when I was reading through the product details on BestBuy.com where, among other places, you can now buy the $1,499 / £1,500 / AU$2,450 headset, and, for some reason, it tickled me. The line is certainly appropriate for Meta Quest and Quest 2 VR headsets, which are primarily used for gaming and that cost somewhere in the range of your traditional gaming console. Kids as young as eight years old probably want one. It’s unlikely any teenager will be looking at the Meta Quest Pro.

Unlike its VR forebearers, the Meta Quest Pro is not just about experiences you can have in a virtual world. It literally combines a high-resolution view of your real world with one that’s created on-the-fly and overlayed on top of it. Put simply, it has all the hardware and innovation to justify that eye-watering price. Among the key features:

Put another way, this is a wearable computer that appears to have a lot of potential. It also feels, to me at least, a little familiar.

In  2016, I was among the first to test-drive Microsoft’s HoloLens, another powerful, wearable computer with mixed-reality aspirations. Granted, Microsoft was slow to deliver the then $3,000 headset into consumers’ hands. First developers got it, then it was opened to some consumers (I think they were called “explorers” 🤦‍♂️), but, to my knowledge, it never sold in volume and is an all-but abandoned (Microsoft has thrown its support behind the Meta Quest Pro) and mostly enterprise tool.

Meta’s approach is, though, starkly different. It’s available on the aforementioned Best Buy, and on Amazon, Argos, and Curry’s in the UK. There’s no waiting for developers to adopt and develop for the platform, either. Many of the most popular Quest 2 VR apps, like Gravity Sketch and the ever-popular I Expect You to Die, already work on the Meta Quest Pro. There’s even a desktop productivity app, Immersed, which uses the headset’s pass-through visual technology to position multiple screens floating all around you.

There are apps like Meta Horizons Workroom, which reportedly Meta’s own employees do not love, that can leverage the Pro’s new facial expression recognition technology.

My point is, Meta and Meta Quest Pro customers don’t have to wait for useful apps, they may already be here.

The other big difference between Microsoft’s ill-fated efforts and Meta Quest Pro is the pass-through technology. HoloLens has a transparent visor so you could see your real world with a projection of what looked like a large screen (75-inch or so) TV floating in front of you. It could look expansive because, naturally, the viewport shifted as you turned your head, but you could also look around it, which broke the illusion.

Meta Quest Pro, instead, uses external cameras to pull in an HD view of your world and then combines it with VR elements. This means that no matter how or where you look, VR will be part of your environment. It also might make wearing the Meta Quest Pro a bit easier because the VR screens don’t have to be, as they were in the HoloLens, so close to your eyes.

I never found the HoloLens particularly comfortable or, with its dual head-ring system, easy to wear. Meta Quest Pro’s head strap system looks simpler, which is good news, and our reporter Hamish Hector found the headset provided a “comfortable, yet secure fit.” However, the 772-gram (1.7 lb) headset is no lightweight. Even the original HoloLens only weighed 579 grams.

I am excited about the redesigned controllers that eschew the Quest 2’s tracking rigs and add some visual sensors to pick up finger gestures. I still think, though, at $1,499, the Meta Quest Pro should ship with tracking gloves.

It’s an auspicious moment for a VR headset designed to be both your new work environment and a next-level VR entertainment platform. At this price, the latter seems unlikely, but businesses that couldn’t be bothered to adopt the HoloLens may be willing to walk into Best Buy or Currys and give the Meta Quest Pro a try.

If you’re looking for the best VR games to pair with your pricey, new mixed-reality investment, we have your list right here.