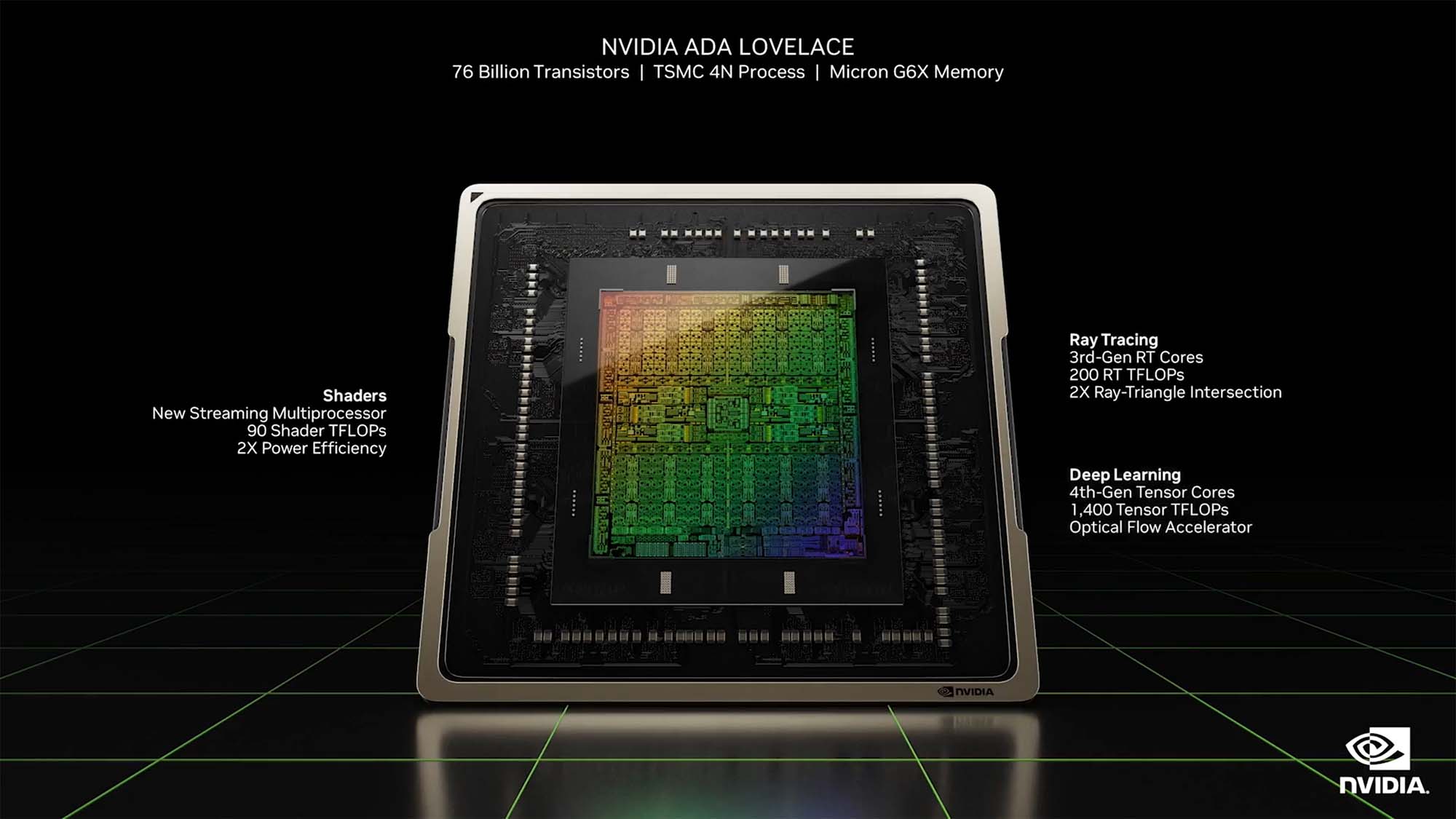 Yes, we’re all excited about the GeForce RTX 4090. Yes, it’s going to be available in just a few weeks. Yes, it’s all but guaranteed to be an absolute monster of a GPU, taking us to new 8K gaming heights (with an appropriately ludicrous price tag).

But there’s another, as-of-yet-unannounced graphics card that I’m more interested in. Well, technically there are two – I still want to see a more wallet-friendly RTX 4070 – but here I’m going to be talking about the potential new flagship Nvidia could have in the works: the RTX 4090 Ti.

Now, this is common practice for chipmakers; it’s cheaper to mass-produce one chip for two different GPUs than produce two completely different chips, after all. But now that we know the AD102 chip’s specs, Nvidia may have unintentionally given us a look at how powerful an RTX 4090 Ti using the AD102 could be.

Analysis: Generationally, the RTX 4090 Ti could blow its predecessor out of the water

Since the RTX 4090 does have the full 24GB of VRAM that the AD102 uses, this means we could be looking at around a 12.5% increase in performance if nothing else is tweaked. That sounds reasonable enough to me; the RTX 3090 Ti offered around 10-15% better performance than the regular 3090 in most areas, so this would be consistent with previous generations.

When could this potential GPU release? I’ve got no clue – Nvidia has been playing its cards close to the chest, only giving us official reveals and release dates for the RTX 4090 and 4080 so far. Still, RTX 3000 series pricing is dropping, and those cards will probably get even cheaper once RTX 4000 goes on sale, so if you need to upgrade and want to snap up a great graphics card deal, keep your eyes peeled.