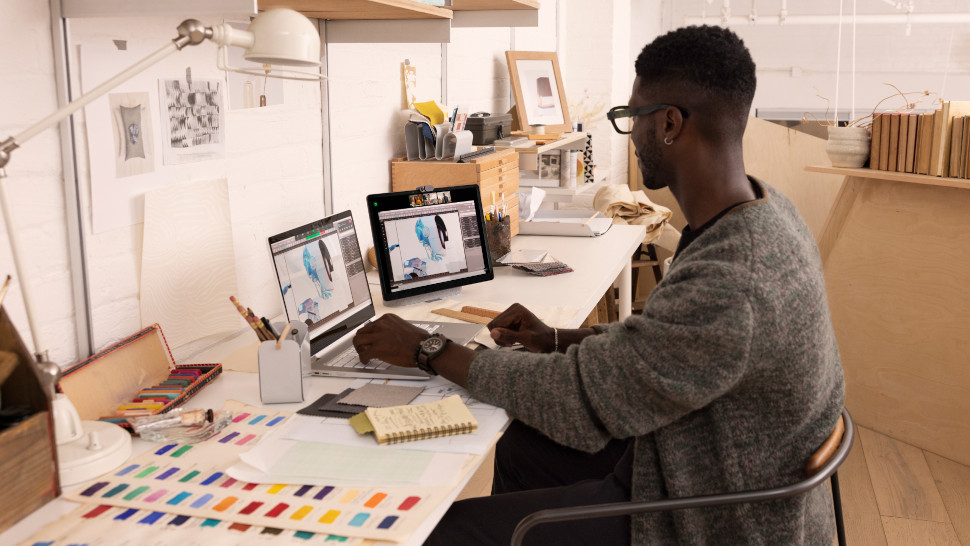 If you’re looking for an external monitor for your home office, Meta thinks it might have the answer – provided you’ve already bought one of its most-maligned products.

The company has revealed that its Meta Portal devices can now be used as a second screen for PC and Mac users, offering a significant productivity boost.

The change is facilitated by Meta’s support for the Duet Display app, which already lets users turn a PC, Mac, iPad or Android smartphone into a remote desktop or wireless second display.

Users simply need to install the free app via the App Store on both their Portal devices and either their PC or Mac. Once set up, users are then able to drag open windows from their main device over to the Meta Portal Plus or Portal Go just as you would with a typical second monitor.

Working across the likes of Zoom, Google Workspace and BlueJeans, the app will also let users access controls to raise your hand, mute yourself and adjust the volume, as well as sending links to view on a Portal device.

> These are the best monitors for home working

> Google Meet is taking over all your video calls

“In today’s hybrid work environment, having a comfortable and convenient working space is more important than ever,” the company said in a blog post announcing the news. “Meta Portal is now an even more useful productivity tool for your home office.”

The launch is Meta’s latest move to push the Portal as a business-focused device, coming a few months after the company announced it would no longer be selling the products to consumers.

Portal did originally launch as a push to help connect Facebook users around the world, but raised eyebrows with some questionable privacy decisions, meaning many consumers stayed away, and motivating the company to pivot towards enterprise use cases.