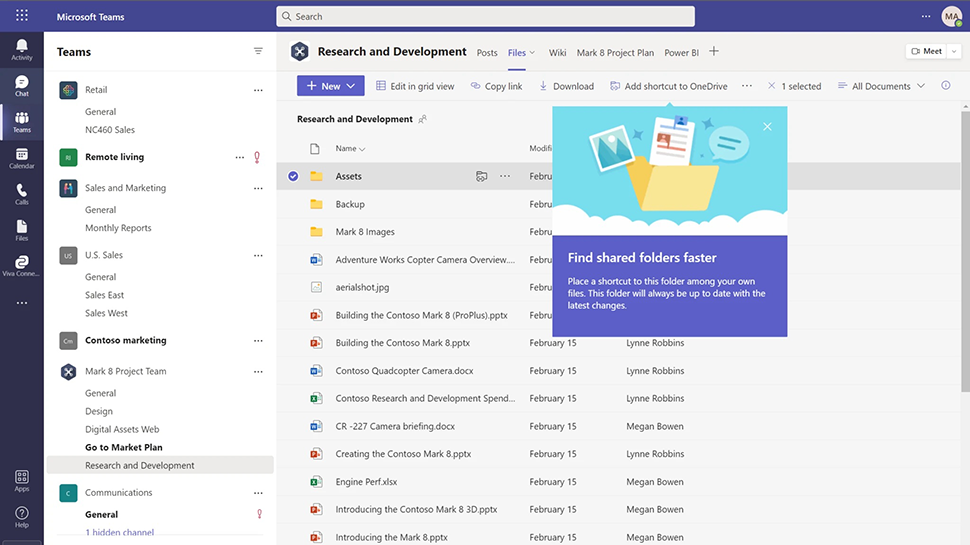 Microsoft has announced a new design for its OneDrive platform as it reaches a landmark anniversary.

Launched in 2007 initially as a document storage space, OneDrive developed into an all-encompassing cloud storage offering for photos, videos, and other types of media, with a number of tweaks over the past decade looking to ensure better file management and collaboration.

“Today, we’re celebrating the 15th anniversary of OneDrive,” the company wrote in a Microsoft 365 blog post. “We’d like to take a moment to thank you for using OneDrive, whether you’re tackling a big project at work, planning a family reunion, backing up important content to your new device, or connecting with friends and loved ones through photos and videos.”

As part of its latest update, Microsoft OneDrive will now highlight your most relevant and recently used files in a similar manner to Google Drive, in the hope that it can save you some time in digging around for them.

While suggestions can be helpful, Microsoft has added file type filters in the ‘Recent’ view, in recognition that some workers may need access to a large number of files at any given time. If you desperately need daily access to an area of your drive, or you just prefer to be hyper-organized, specific libraries can be pinned to the ‘Quick access’ section on the left hand side of OneDrive’s homepage.

Additionally, in the style of Google Drive which has been around for almost precisely a decade, OneDrive’s new Activity column will “[surface] the most recent, unseen edits, and comments on your shared documents.” It’s visible from the ‘My files’ view, and is designed to make real-time collaboration a little easier.

> Google Drive vs OneDrive: Which cloud solution is right for you?

> Microsoft OneDrive has pinched one of the best Google Drive features

Microsoft’s services extend beyond OneDrive, with business users often straddling SharePoint and Teams borders, too. Continuity has historically been somewhat lacking, which Microsoft hopes with its new summer 2022 update it will be able to rectify.

Sharing controls are also more in tune across the web services, with a more “robust way to grant access to information, set granular sharing controls, see everyone you’ve shared files with and manage access settings across individuals and groups.” This is a move that could be seen as a counteraction against Google, which also recently tweaked its sharing sheet.

The company’s final update is designed to take on the curated libraries seen in the likes of iCloud Photos, and involves “[bringing] all your memories into a private, invitation-only feed that you can share with family and friends.”

Much like Apple’s offering, comments and reactions take centre stage in this new photo sharing view.

Strangely, the updates have arrived in Australia first, with the United States and other countries to follow later this year. Users will be able to access the changes across the OneDrive mobile app for Android and iOS, as well as in their web browser.