Windows 11 makes a small but powerful tweak to the taskbar

Windows 11 makes a small but powerful tweak to the taskbar 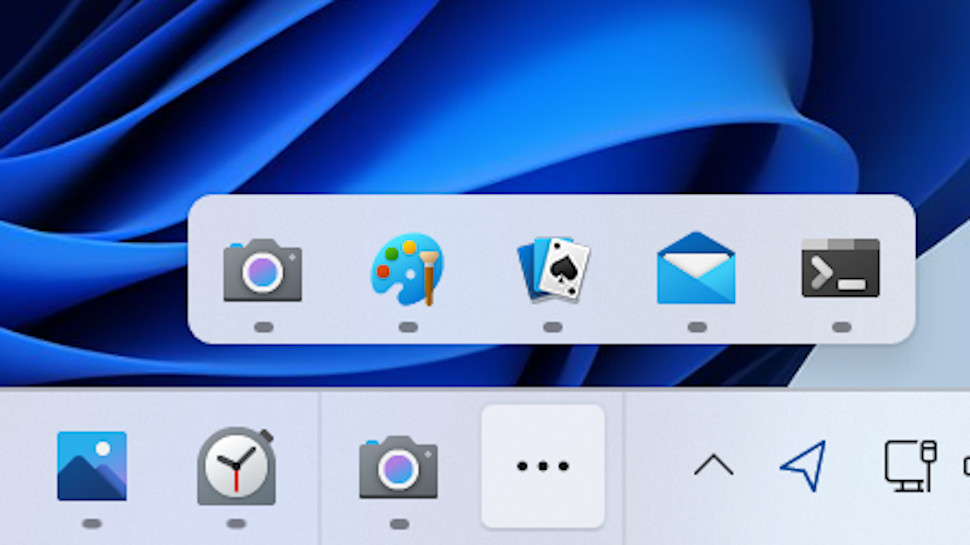 Windows 11 has just introduced a new feature in testing which makes a handy improvement to the taskbar, among some other changes.

The main point of interest here is the work on the taskbar which consists of an overflow facility that’s present for Windows Insiders (testers) in the latest preview build 25163 (which has just arrived in the Dev Channel).

What this does is to bring in a button (featuring three dots) at the end of the taskbar icons (far-right), and if you fill up the taskbar with lots of apps, any additional programs which are running (or pinned) can be accessed by clicking on those three dots. Those excess apps will then pop up in a small bar just above the taskbar.

It’s a bit like the system tray, on the right-hand side of the taskbar, which has that little up-arrow icon you can click to see the rest of its contents.

This taskbar overflow menu allows for all the same interactions with app icons as the taskbar itself, meaning you can pin apps and so forth. And it won’t outstay its welcome either, vanishing when you select an app from it, or click away from it.

Another change incorporated with build 25163 is a tweak to ‘Nearby Sharing’ (Microsoft’s take on AirDrop), allowing Windows 11 users to easily share files to other devices not just via Bluetooth, but now also to other PCs on the same network (thanks to UDP support).

The share window in the OS has also been improved to include OneDrive as an option, allowing you to share files directly to the cloud service (and grab them on whatever device you need, from there).

Microsoft also applied the expected raft of bug fixes, and if you want to peruse the full list, check out the blog post on build 25163.

Analysis: Here’s another task for you, Microsoft…

Taskbar overflow is a useful facility for those who like to work with a ton of applications, and the design looks sensible to us. It’ll also be a boon for folks who are short on screen real-estate and may run into trouble more easily when juggling multiple apps.

While we’re on the subject of the taskbar, though, can we ask: Microsoft, could you please bring back the option to not combine icons? Not everyone is bothered about this, we realize, but also not everyone wants different instances of the same apps stacked up together – and would it really hurt to offer the choice, as with Windows 10?

Anyhow, our personal moans aside, back to the changes applied here – the sharing additions aren’t exactly major, but they’re worth having. And regarding the bug fixes, it’s good to see that some more work has been carried out on File Explorer to fix a memory leak when using tabs (and a crash issue when dragging tabs around, too).