This new Gmail update could save you from some awful mistakes

This new Gmail update could save you from some awful mistakes 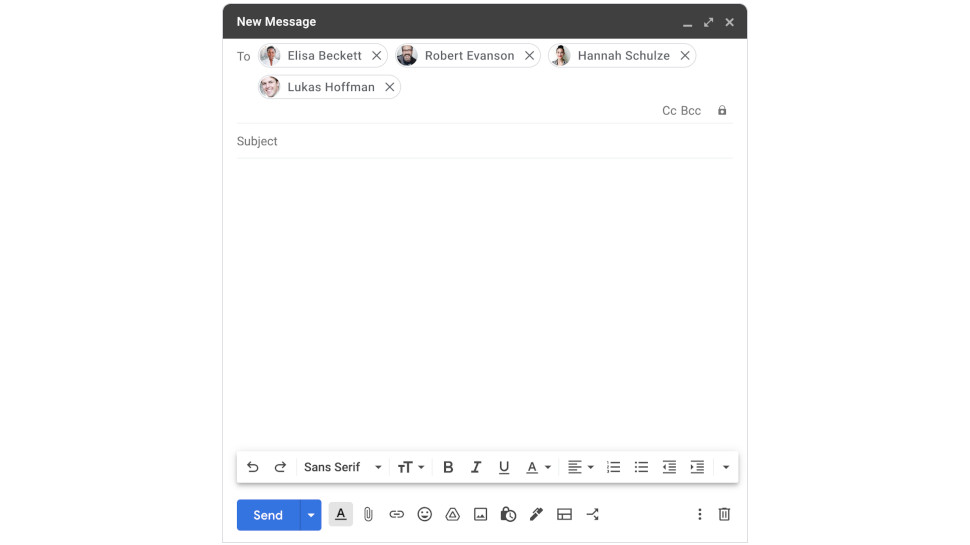 Accidentally sending an email to the wrong person on Gmail could soon be a thing of the past thanks to a new update.

The company is rolling out a number of upgrades that should prevent users from firing off messages to the wrong recipients.

The changes include tweaks to the To, Cc and Bcc fields in Gmail aimed at helping users, “compose email more efficiently and confidently” – aka, make sure you are emailing the right person.

Outlined in a new Google Workspace updates blog, the changes also include a new right-click menu that provides easy access to the recipient’s full name, email address and information card, as well as contact avatars and clearer indicators when someone from outside the organization is added to a message.

First announced back in November 2021, the new features were initially delayed whilst Google “worked to improve performance”. The rollout has now begun though, with the changes set to roll out to Google Workspace users everywhere.

At one point or another, most office workers have found themselves on the wrong end of an email blunder. The most common mistakes include sending an email to the wrong recipient (perhaps with a similar address to the intended target) and, of course, mistakenly selecting Reply All.

The new Gmail features should mean users are less likely to fall into these common traps, with avatars in the address bar making it clearer who precisely an email will be delivered to – especially as Gmail will also highlight external recipients in yellow to minimize the exposure of sensitive data.

Google also announced it has taken steps to mitigate the risk of formatting mistakes when users enter details into the address bar manually.

“To prevent errors, Gmail will now validate that email addresses are typed in the correct email format, and will prevent any strings from becoming recipient chips if they are not formatted correctly,” the company wrote.

“Further, if you do maintain an invalidly formatted email address in the address bars, you’ll see an error message prompting you to fix the error.”

> Your beloved Gmail inbox is about to change, whether you like it or not

> Google hits back at claims Gmail inbox filters are biased

> These are the best email marketing services around

Google has warned some users could see complications for anyone that relies on a Chrome extension to compose emails.

This is because the updates have altered the “underlying structure” of the address fields, administrators that maintain Chrome extensions that depend on the current Gmail UI are advised to “check their integrations against the updated UI”.