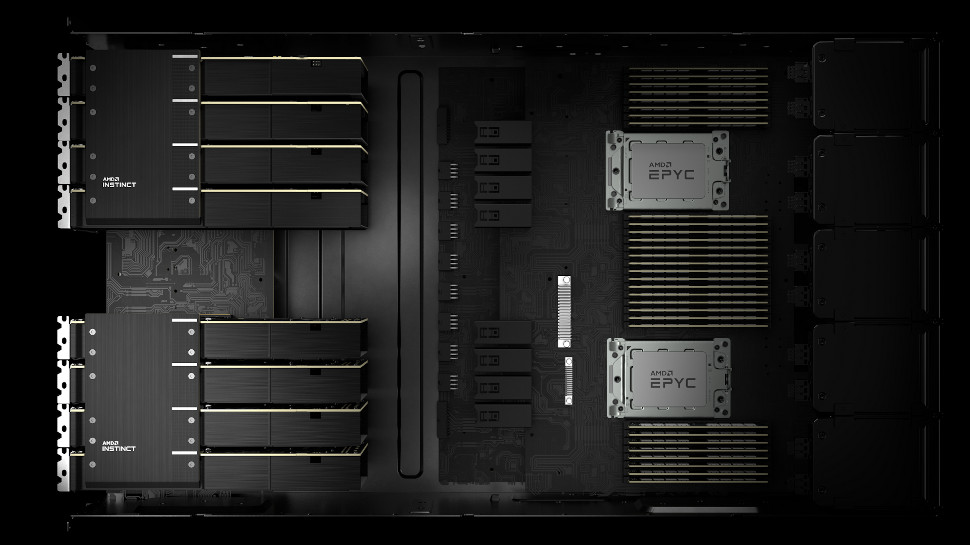 According to the latest edition of the Top500 list, which ranks supercomputers by their HPL benchmark scores, Frontier achieves more than double the performance of the previous record-holder, Fugaku.

With a score of 1.102 exaflops, Frontier also becomes the first machine to officially surpass the exascale barrier.

Based at the Oak Ridge National Laboratory (ORNL), Frontier is powered by a combination of third-generation AMD EPYC server CPUs and Instinct MI250x accelerators, packing a total of 8.7 million cores.

The new benchmark results are cause for celebration at AMD, which in addition to muscling a system built around ARM-based CPUs from the top of the rankings, has also increased its presence in the overall list by 95% year-on-year.

> Meta’s new supercomputer will create the backbone for the metaverse

“We are excited that AMD EPYC processors and Instinct accelerators now power the world’s fastest, most energy efficient, and first supercomputer to break the exascale barrier,” said Forrest Norrd, SVP and GM for data center solutions at AMD.

“Innovation and delivering more performance and efficiency for supercomputers is critical to addressing the world’s most complex challenges. AMD EPYC processors and Instinct accelerators continue to push the envelope in HPC, providing the performance needed to advance scientific discoveries.”

The new system is still undergoing final testing for now, but is scheduled to open up to a limited number of researchers by the end of the year, with a full launch slated for 2023.

Is it really the first exascale system?

Although Frontier is undoubtedly an impressive feat of engineering, there is some question over whether it should really be considered the world’s first exascale system.

The problem is that the Top500 rankings is not an exhaustive list, but rather based on submissions from members of the community.

As we reported back in late 2021, sources say that China has been sitting on multiple exascale-class systems for a number of months now, but has chosen not to declare them amid geopolitical tensions with the US.

The arrival of exascale supercomputers is expected to unlock a host of opportunities, accelerating time to discovery in fields such as clinical medicine and genomics, which require vast amounts of compute to conduct molecular modelling and sequencing.

Artificial intelligence is another cross-disciplinary domain that will be transformed with the arrival of exascale computing. The ability to train AI models on ever-larger pools of data will improve the ability to make accurate forecasts that could be applied in virtually any scenario, from cybersecurity to ecommerce, manufacturing, logistics, banking and more.

In this context, it may be beneficial from a strategic perspective for rival powers to keep their cards close to their chest.