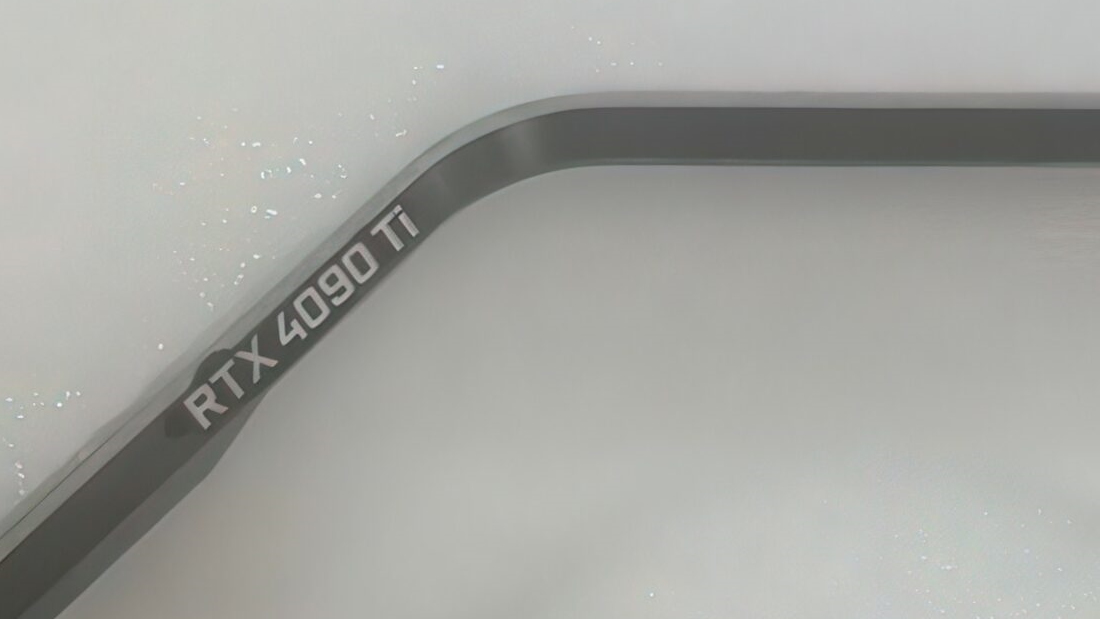 New photos have emerged that apparently show part of the upcoming Nvidia GeForce RTX 4090 Ti – and it looks like it’ll be a monster GPU that people with smaller PCs may struggle to install.

The images were posted on the Chiphell forums, and spotted by Wccftech, and apparently show the heatsink and cooler of the Founders Edition, which if real would be Nvidia’s own version of the graphics card.

The photos show a metal surround that will wrap around the heatsink, with the name of the GPU – the RTX 4090 Ti – being engraved into it, which would give the graphics card a stylish look.

We also seem to get a good look at the heatsink, which is huge. The RTX 4090 Ti, if it exists, would likely be an extremely powerful – and power-hungry – graphics card, and that means it’ll need a hefty cooling solution so it doesn’t overheat.

As Wccftech points out, this heatsink looks bigger than the already-huge ones found in the RTX 3090 and RTX 3090 Ti, with the baseplate covering the GPU and memory dies, rather than using thermal pads for the memory dies.

It looks like there will be room to cool at least 12 GDDR6X memory chips in a configuration similar to the RTX 3090 Ti. While we may see the same amount of memory as the RTX 3090 Ti, Nvidia is expected to use higher-spec chips, which again would require heavy-duty cooling.

A large aluminum heat spreader is also visible in one of the photos, and eagle-eyed GPU enthusiasts will notice that the heatsinks appear to have 24 fins, compared to 23 fins on the RTX 30 series GPUs.

Judging by the photos, the RTX 4090 Ti looks set to be a huge graphics card, and will either be a three-slot design, like the RTX 3090 and RTX 3090 Ti, or even a four slot. This would mean that anyone with compact or smaller PC cases may not be able to install it, which will be a blow to many gamers.

However, a bigger case also means better airflow, and it looks like you’re going to need that to keep this monster GPU cool.

Analysis: Are these images real?

Before you go sizing up your PC’s case to see if the RTX 4090 Ti will fit, we should consider how likely it is that these images are real.

We should always be wary of photos that pop up on forums on the internet which are hard to verify, and it looks like the original post on the Chiphell forum have been deleted, which makes things even more difficult.

There’s also the fact that these rumors concern the RTX 4090 Ti, when many of us are expecting the RTX 4090 to launch first.

Chiphell has been the source of accurate leaks in the past, and the photos do look convincing – it would take a lot of effort to fake something like this.

With rumors suggesting the RTX 4090 and other ‘Lovelace’ 4000 series graphics cards landing as soon as July, we may not have long to wait to see if these images are indeed real.