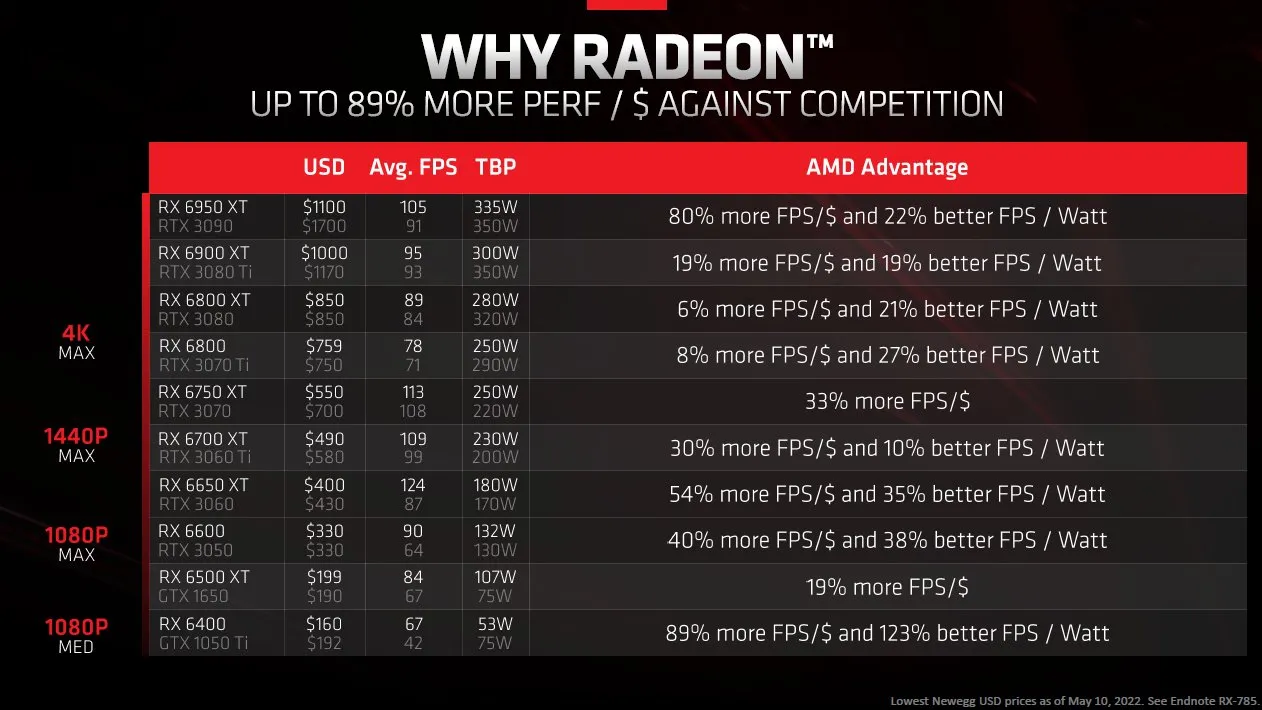 The chart lists nearly every model from both the RX 6000 line and RTX 3000 series, except for the newly released RX 6x50XT series and RTX 3090 Ti. According to the chart, the Radeon RX 6950XT offers 80% better performance per dollar and requires 15W less power than the GeForce RTX 3090. We haven’t been able to verify those claims ourselves, however.

Although those prices may fluctuate, this is definitely a good way to see how the current market may favor Team Red’s wares over Team Green, at least according to price – especially considering how high prices are for graphics cards in general.

Analysis: What else is AMD offering?

Along with the claim that AMD’s graphics cards are a better bang for your buck, the company also announced a beta version of its new graphics driver for its Radeon line. It appears to offer some impressive gains for some games, including World of Warcraft: Shadowlands which runs up to 30% faster and Assassin’s Creed Odyssey which sees a 28% increase. These aren’t the latest and greatest, however, so take the claims of improved performance with a grain of salt.