Android 13 announced at Google IO 2022: everything we know so far

Android 13 announced at Google IO 2022: everything we know so far 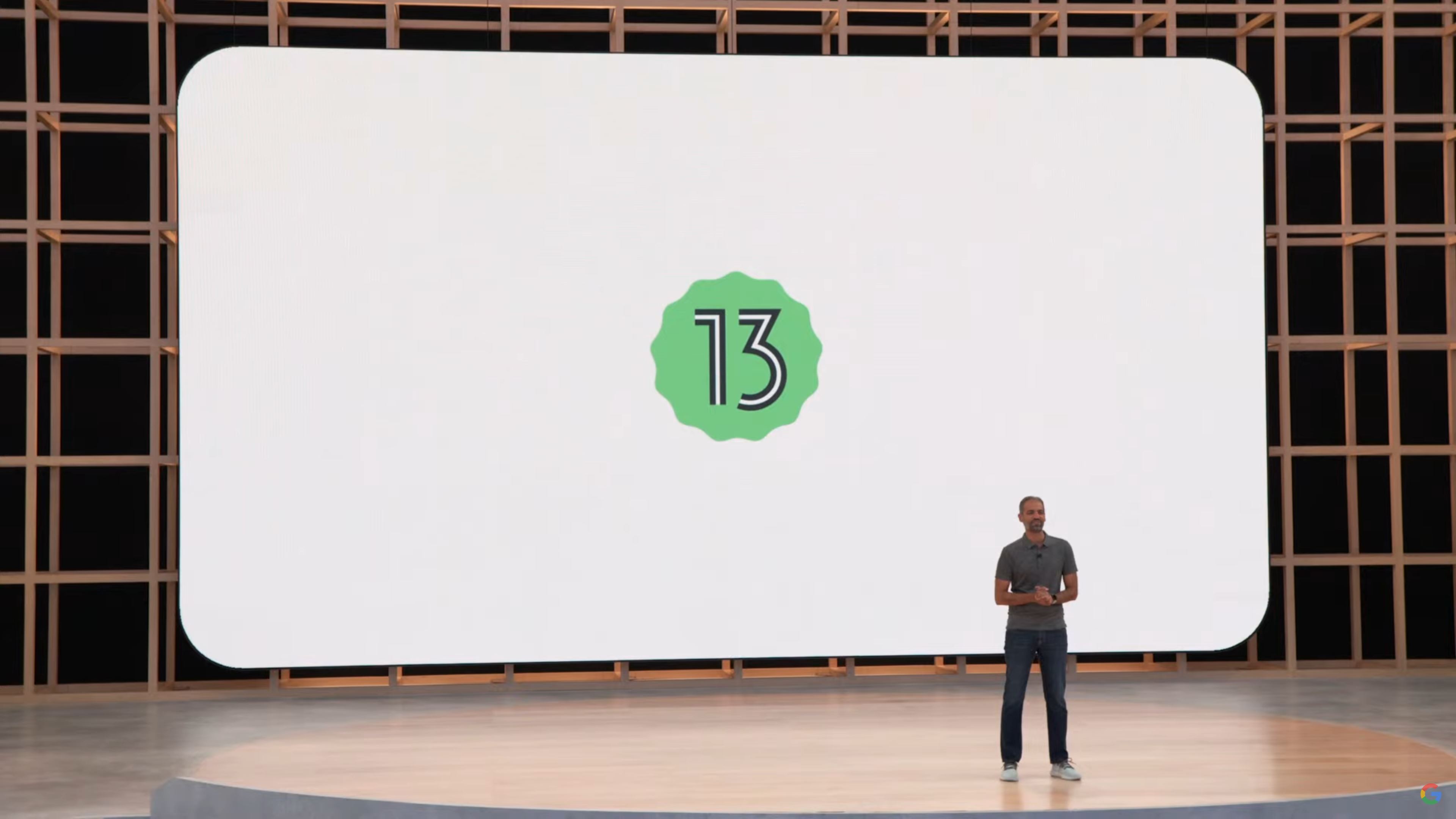 Android 13 ‘Tiramisu’ was announced at Google IO 2022 today, showcasing refinements in its design, improvements to notifications, and more.

Google has been focusing on security for this year’s keynote, and Android 13 applies the same focus, with a shoutout to RCS, a text messaging standard, and wallet improvements.

While the latest Android 13 public beta is here for Pixel 6 phones, and you can see if your device is eligible by going to the Android beta webpage, with a new version on its way once Google IO wraps up.

The Pixel 7 and 7 Pro were also announced at the event, with Google confirming that they will both debut with Android 13 once they are available.

There’s plenty of refinements for Material You, Android’s theme in Android 13, with music controls on your lock screen to adapt to the colors you’ve chosen, alongside a bigger focus on security.

Earthquake warnings are being improved, with full-screen alerts to better describe the situation alongside useful ways to get to safety.

We were hoping that Google would be inspired from Apple’s Handoff feature, and it looks as though our wish was heard.

You can hand off your images and media to a Google product, or an Android tablet. There’s also ‘Fast Pair’, which can better pair your devices together in a much quicker way.

It’s the one-stop-shop for Android 13 users, with the aim to replace the wallet that you’ve been carrying around your pocket for years.

There’s also plans for a digital driver’s license in the US, debuting later in 2022.

Google also announced a focus for Android 13 is being tailored for tablets and foldable devices, which could hint toward a Pixel Fold.

Android has a reputation for not making it easy to update your phone to the latest version. Part of it is due to the different manufacturers on how they have designed Android to match a brand, such as Samsung.

But with Google releasing a new Pixel phone every year, these usually come with the latest Android version. It wouldn’t be a surprise to see a Pixel 7 or a Pixel Fold appear with Android 13 in October again to start with.

The Google Pixel 6 and 6 Pro support the Android 13 public beta, so they will almost definitely work with the finished software.

There’s also a bigger focus of more than twenty Google apps to be optimized for tablets, so Android 13 looks to be the first major version to be available for tablets, as well as foldable devices and phones.

Other manufacturers usually follow after a few months of testing and putting their own spin on the new Android release, but it’s usually not until the first half of the next year.

Across the Google IO keynote, ‘end of 2022’ was a common sentence being said when the Pixel Watch, Pixel 7 and 7 Pro were announced.

But Google made sure to highlight that the 7 and 7 Pro were coming with Android 13, so it wouldn’t be a stretch to imagine these appearing around October 2022.