Intel CEO on CHIPS Act: ‘Get that frickin’ thing done’

Intel CEO on CHIPS Act: ‘Get that frickin’ thing done’ 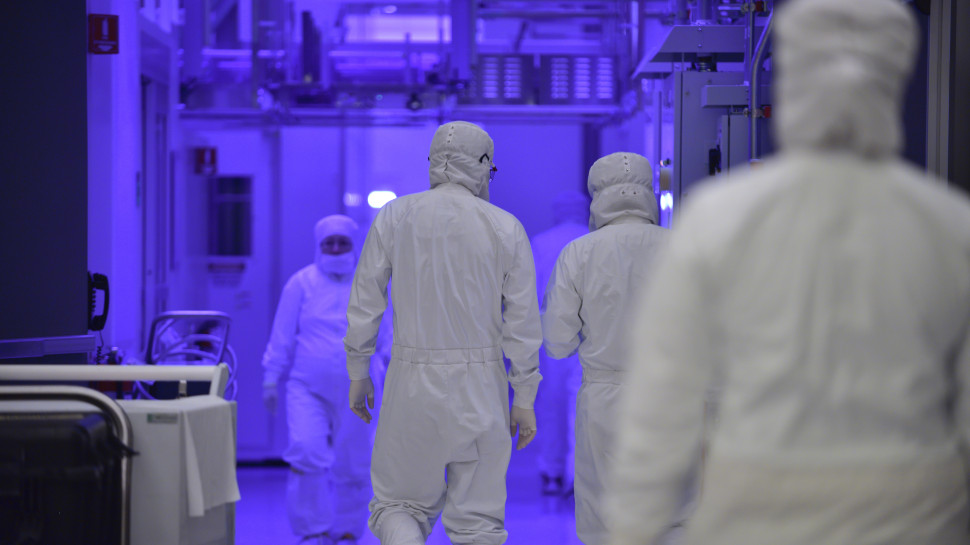 Intel CEO Pat Gelsinger has once again called for the US House and Senate to reach an agreement over the CHIPS Act as a matter of urgency.

The CHIPS Act is a piece of US legislation designed to facilitate the onshoring of a larger proportion of the semiconductor supply chain in the face of rising tensions with China. As it stands, just over 10% of chip manufacturing takes place in the US.

Once passed, the act will unlock tens of billions of dollars in federal funding for semiconductor research and manufacturing, much of which will land in Intel’s pocket. The US House and Senate agree on the need for the legislation, but have been slow to iron out the specifics.

Speaking to the press during a Q&A session at Intel Vision 2022, Gelsinger explained the company’s current fab building and expansion projects are “either on track or ahead of schedule”. However, he also warned that the CHIPS Act is necessary to “accelerate the industry”.

“It’s super important for the US House and Senate to finish the CHIPS Act. Just get that freakin’ thing done,” he said.

In early 2021, Intel announced a reworking of its integrated device manufacturing strategy, which the company called IDM 2.0. The broad objective is to position Intel at the bleeding edge of chip design and manufacturing during a period of unprecedented demand and rising geopolitical tensions.

In support of the new strategy, the company revealed in January that it would splash $20 billion on a state-of-the-art manufacturing campus in Ohio. This 1,000 acre “mega-site” will house up to eight separate fabs, which would make it one of the largest facilities in the world.

Intel also said it will funnel a further $3 billion into an extension for its D1X factory in Oregon. The expansion will apparently pave the way for next-generation technologies that will underpin new chips for personal and business computers, 5G networks, cloud servers and more.

In Europe, meanwhile, Intel has pledged to spend €80 billion ($88 billion) over the next decade, across a litany of projects. The most significant pledge was perhaps a €17 billion ($18.5 billion) investment in a massive new facility in Germany, nicknamed Silicon Junction.

> Intel announces its most powerful mobile CPU ever

During the keynote address at Intel Vision, Gelsinger explained that he is proud of the investment made to date in ramping up manufacturing capacity in Europe and the US. However, he also hinted there is plenty more to come.

“Intel is bringing new manufacturing capacity online as fast as we can. But we’re just getting started delivering that balanced and resilient supply chain.”