Google is getting into the data lake business

Google is getting into the data lake business 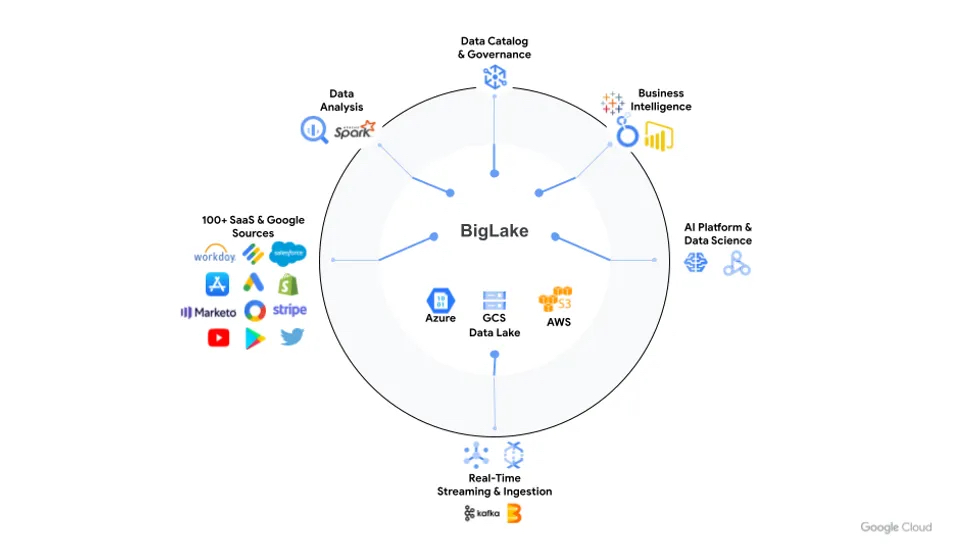 Google Cloud is expanding into the data lake storage business through a new product called BigLake, which is based on its BigQuery service.

While the name might not be the most creative, the service is a very interesting expansion for Google as it chases Amazon Web Services and Microsoft Azure in the cloud market.

BigLake, available now in preview, helps companies unify their data warehouses and data lakes without having to worry about compatibility between all of the sources. The service works with Amazon S3, Azure Data Lake Storage Gen2, and Google Cloud Storage.

“The biggest advantage is then you don’t have to duplicate your data across two different environments and create data silos,” Google’s Sudhir Hasbe told Protocol.

Google is describing BigLake as a “data lakehouse”, an expansion on a data lake that incorporates other services, including data management and optimization, machine learning, and governance tools.

The ultimate aim for Google is to offer these services more cheaply than its competitors, something that bundling them together can help achieve.

“We have tens of thousands of customers on [BigQuery], and we invested a lot in all the governance, security and all the core capabilities, so we’re taking that innovation from BigQuery and now extending it onto all the data that sits in different formats as well as in lake environments – whether it’s on Google Cloud with Google Cloud Storage, whether it’s on AWS or whether it’s on Azure,” said Hasbe.

According to Google, BigQuery processes over 110 terabytes of data every second on average.

The race to become the ultimate cloud services provider has been hotting up in recent years.

Leading is AWS, the behemoth from Amazon that created whole new categories of services and dominates the market.

>Google Cloud is about to get a whole lot more expensive

>Cloud spending boom shows no signs of slowing down

>Google Cloud is making a major change to its VMs

But Microsoft and Google are hot on its heels, especially when it comes to some specific applications. Azure, for example, has managed to leverage Microsoft’s historical connections with enterprises very successfully.

Exactly how all of this plays out remains to be seen, but Google ramping up its utilities shows the hard-fought nature of the battle.