Disappointed by the Apple Studio Display? Samsung’s Smart Monitor M8 could tempt you

Disappointed by the Apple Studio Display? Samsung’s Smart Monitor M8 could tempt you 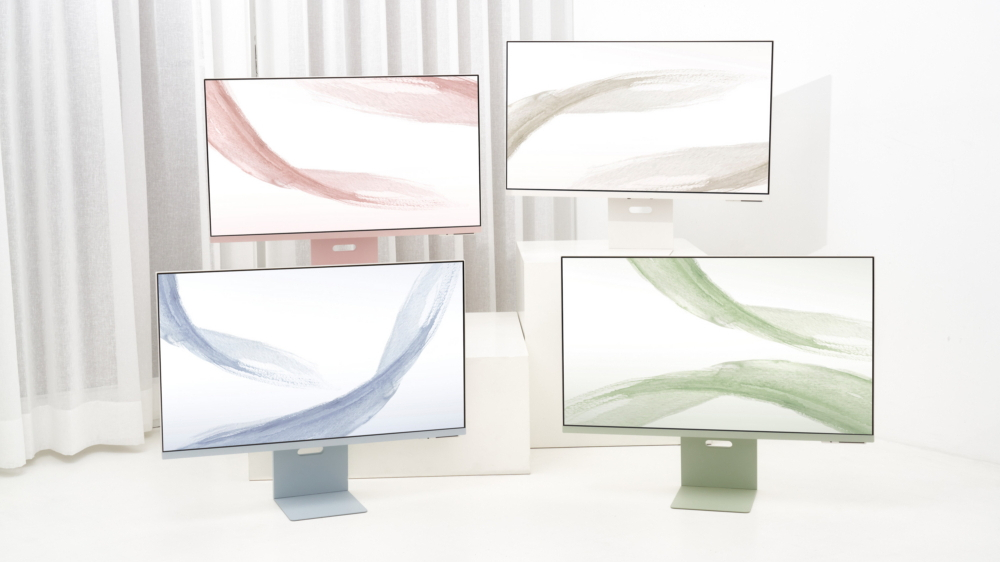 Samsung has announced that its Smart Monitor M8, a 32-inch monitor with smart TV capabilities as you might guess from the name, is now available to pre-order.

This year’s initial Smart Monitor offering, the M80B model, is priced at around $700 (about £535, or AU$935), as Flat Panels HD reports, with availability varying by region (plus there are four different color schemes: white, pink, blue, and green). It’s not clear when the first models will ship yet.

The Samsung Smart Monitor M8 was first unveiled back at CES 2022 in January, and the 32-inch display is a VA panel offering a 4K resolution with a 60Hz refresh rate and response time of 4ms. Brightness is rated at 400 nits, and the monitor provides 99% sRGB coverage.

As for those smart features, the M8 comes with streaming services built-in, so you can enjoy the likes of Amazon Prime Video, Apple TV, Disney Plus and Netflix direct via Wi-Fi (without having to be connected to anything else like your PC). There’s a remote control thrown in, too, so you’re getting the best of a PC monitor and smart TV rolled into one, or that’s the idea.

As you can see from the pics on this page, the Smart Monitor M8 goes with an Apple-esque appearance, though to be fair to Samsung, it takes inspiration from some of the firm’s previous smart TVs which run with that kind of central stand.

Samsung notes that the new M80B model is considerably thinner than previous products in this range at 11.4mm.

It also comes with a removable SlimFit Cam that attaches magnetically atop the panel, and offers features like face tracking and auto-zooming. Furthermore, Samsung’s Smart Hub lets you connect to smart gadgets around your home, or hook up to a Windows PC (or Mac) wirelessly, or indeed mirror content from your smartphone to the monitor screen (and more besides, including support for Apple AirPlay 2).

There’s a lot of flexibility here, and when watching TV shows or films, there’s a pair of built-in 5.5W speakers for audio (in case you don’t have standalone speakers).

Analysis: A versatile monitor, and a sound alternative to Apple’s Studio Display

As a PC monitor, the specs here aren’t going to win over, say, keen gamers, but the Samsung Smart Monitor M8 looks to be a solid 4K display with a lot of extra features chucked in, and a reasonable price tag pinned on the device. Considering what you’re getting, anyway, which is a display that you can happily use with your PC for work or play, and then it can double as a smart TV (complete with remote). Meaning that folks who don’t really want to fork out for a separate TV can have both options in one piece of hardware.

This Samsung monitor could also be a sound alternative to Apple’s new Studio Display, although you’d have to cope with a number of compromises – like it being a bit heftier (the Studio Display is 27-inch, and not everyone is happy with a monitor larger than that sat right in front of them on their desk), and the pixel density not being near that Apple achieves.

Of course, you’re paying a lot less for the Smart Monitor M8 – plus you get a stand that can tilt and is height adjustable without forking out an additional $400 / £400 / AU$600 (which is a bit rich from Apple to say the least).