Can I really ditch my work laptop for a Steam Deck?

Can I really ditch my work laptop for a Steam Deck? 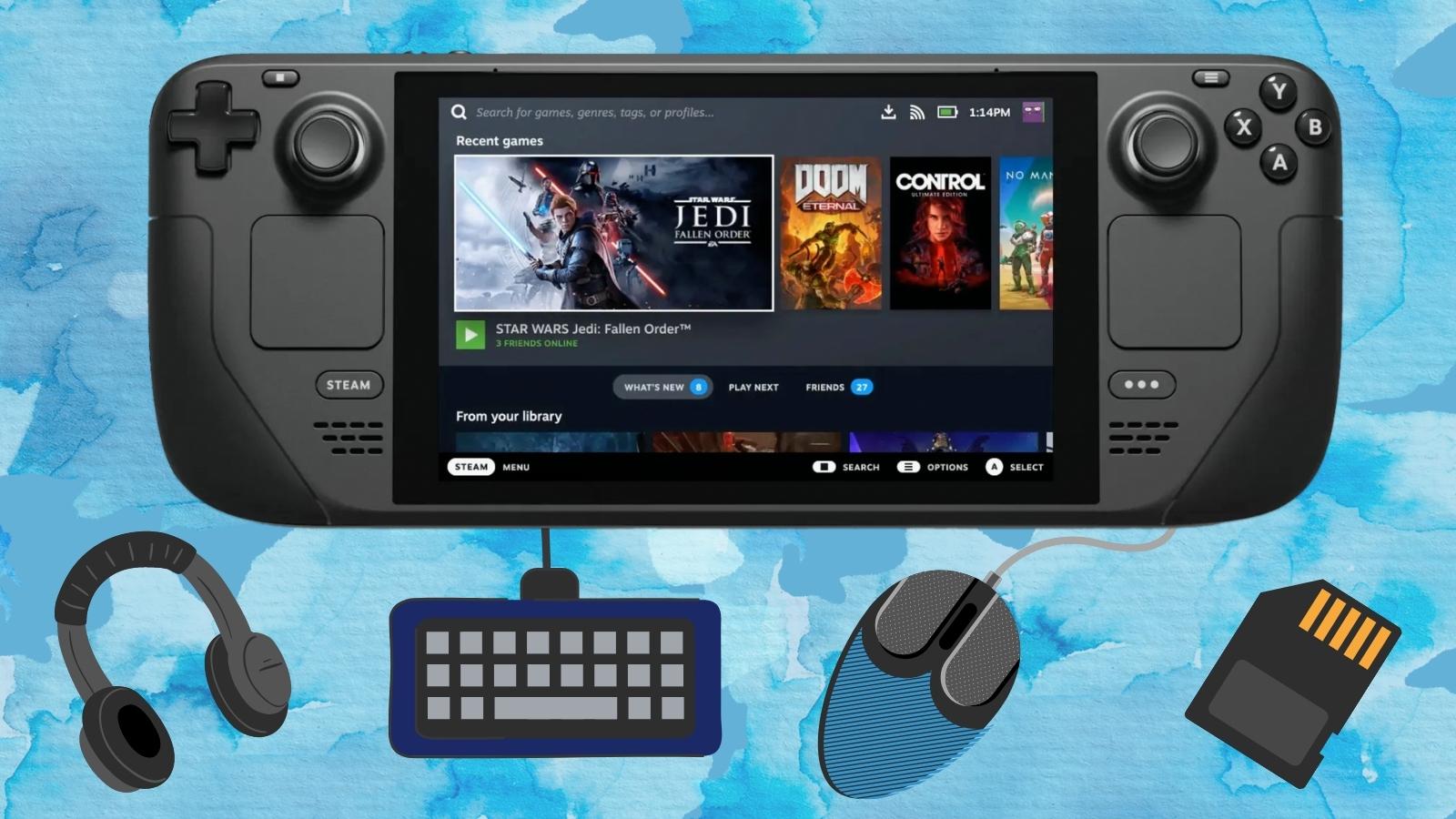 The Steam Deck is an awesome bit of kit, which hopefully everyone will have known after reading my review, and a big part of that is that it’s not ‘only’ a handheld console – it’s a handheld computer.

So, not only can it play a huge library of Steam games, including many of the best PC games in the world, the Linux-based Steam OS 3.0 operating system it runs on can be used in desktop mode, essentially turning it into a super-portable PC.

So, that got me thinking: could I actually ditch my work laptop, and instead use a Steam Deck? How comfortable would it be to work on, or would it even be feasible? Well, in the interest of science, for the past week that’s exactly what I’ve done, and here’s what I’ve found.

The first part of my ultra-scientific experiment was planning what I would be using the Steam Deck for, and working around its limitations. It is, after all, a device that’s primarily used for gaming.

So, you can use the trackpads on the Steam Deck as mouse control, and there’s an onscreen keyboard that can be used. But, just because it can be used, doesn’t mean it should be used.

I’ve used the trackpad and onscreen keyboard on the Steam Deck in desktop mode enough to know that is no way on Earth I’ll be using them for writing emails or articles. While the trackpad is fine, the onscreen keyboard in Desktop mode is buggy and awkward (using it in the default mode on the Steam Deck is fine, though). Using it to type out complicated commands in the Linux terminal is something I never want to go through again.

As the bulk of my work is hitting keys to make words that you read with your eyes (the technical term is ‘writing’), this just won’t do.

The good news is that you can plug just about any USB hub into the Steam Deck via its USB-C port, and that allows you to attach various peripherals.

It just so happens that every desk in the office has a USB hub. This is usually for plugging in work laptops, but as a man of science, I plugged my Steam Deck into the one on my desk instead.

Straight away my Asus ROG gaming keyboard and Razer mouse flashed into life, and I was able to use them to control the Steam Deck. There was an issue, however: the plugged in monitor didn’t pick up a signal.

After unplugging and reinserting various cables, the monitor remained resolutely blank. While it would be possible to use the keyboard and mouse, and stick with the Steam Deck’s 7-inch screen, that wouldn’t be an amazing experience.

A search of the internet didn’t give me any hints to what could be wrong, but then I had one of my famous Very Good Ideas. The dock was connected to the monitor via DisplayPort. Would switching to HDMI work?

After finally locating a HDMI cable (everything in the office seemed to be using DisplayPort), I connected it all up and… it worked!

I then promptly broke it again.

When you plug in a monitor, Steam OS pops up a dialogue box asking if you want to mirror the main screen of the Steam Deck on the monitor, or want to extend the display. I panicked and picked to mirror the screen. Do not do this.

What it ended up doing was making the monitor look awful with an ultra-low resolution, and somehow changed the rotation and aspect ratio of the Steam Deck’s screen. It looked awful and was almost impossible to use.

‘No worries’ I thought, ‘I’ll just unplug the monitor and then plug it in again.’ The Steam Deck laughed at me in Linux.

Unplugging the monitor… did nothing. Well, it turned the monitor off. But the Steam Deck’s screen remained screwed up.

‘No worries’ I thought. ‘I’ll plug the monitor back in, and the dialogue box will reappear and I’ll choose the right option.

The Steam Deck laughed at me in Linux. No dialogue box appeared.

Restarting didn’t help either. In the end, I plugged the monitor back in, blindly clicked until I managed to open up the Settings app, then manually changed the resolution, aspect ratio and rotation of the screens myself.

After some fiddling, I managed to extend the display, with the monitor showing in 1080p, with the Steam Deck back to its 1,280 x 800 resolution. All was well.

Once I’d sorted out the mess I’d made, I was able to get to work. I’m lucky because I mainly use Google Docs for word processing and our own CMS, which are both accessed through a web browser.

The Steam Deck comes with Firefox installed, but the publisher I work for uses G Suite from Google, so for a (slightly) easier life, I installed Chrome, which is a simple process with the Steam Deck, as I just used the Discover app store, which Stream OS uses, and makes installing apps quick and easy.

Once I had installed Chrome and signed in, my bookmarks and passwords were synched and I was good to go.

Performance was very good. Chrome is a notorious memory hog, but even with plenty of tabs open, the Steam Deck ran well. Thankfully, the 16GB of RAM the Steam Deck comes with helps here.

Using a monitor, along with the full-size keyboard and mouse I’m used to using meant I could then get to work comfortably, and there wasn’t a huge difference from when I was using my work laptop connected to the same dock, keyboard and mouse.

For the rest of the week, I was happily typing away using my Steam Deck. This article is one of the many I’ve actually written and published on the Steam Deck. I even held a few video calls using the Steam Deck. There’s built-in microphones in the Deck, which can be used, though there’s no webcam. Plugging a webcam into the USB dock could work, though I’ve not yet tried that.

But from my time with the Steam Deck, I really think I could leave my work laptop at home when I’m going into the office. I know that I have a dock, monitor, keyboard and mouse waiting for me there, which means working on the Steam Deck is completely viable, and having the Steam Deck plugged into the dock means the battery is also nice and charged up for my commute home.

Because I take my Steam Deck into work, it meant I really could leave my laptop at home. One less thing to carry around was certainly welcome.

Of course, I’m lucky that I have an office where there is a USB hub on every desk. In offices where this isn’t the case, the Steam Deck isn’t going to be as useful. I’m also lucky that I use web-based tools primarily for work.

As you can run Linux applications on the Steam Deck, and many programs either have a Linux version, or there’s an open-source alternative, many people should be able to work comfortably on the Steam Deck, though if you rely on any bespoke or heavy-duty software, then that could be a problem.

For me though? I’m definitely leaving my work laptop at home, and will use my Steam Deck instead. I might even try to get my boss to buy the rest of the team Steam Decks as well. Wish me luck.