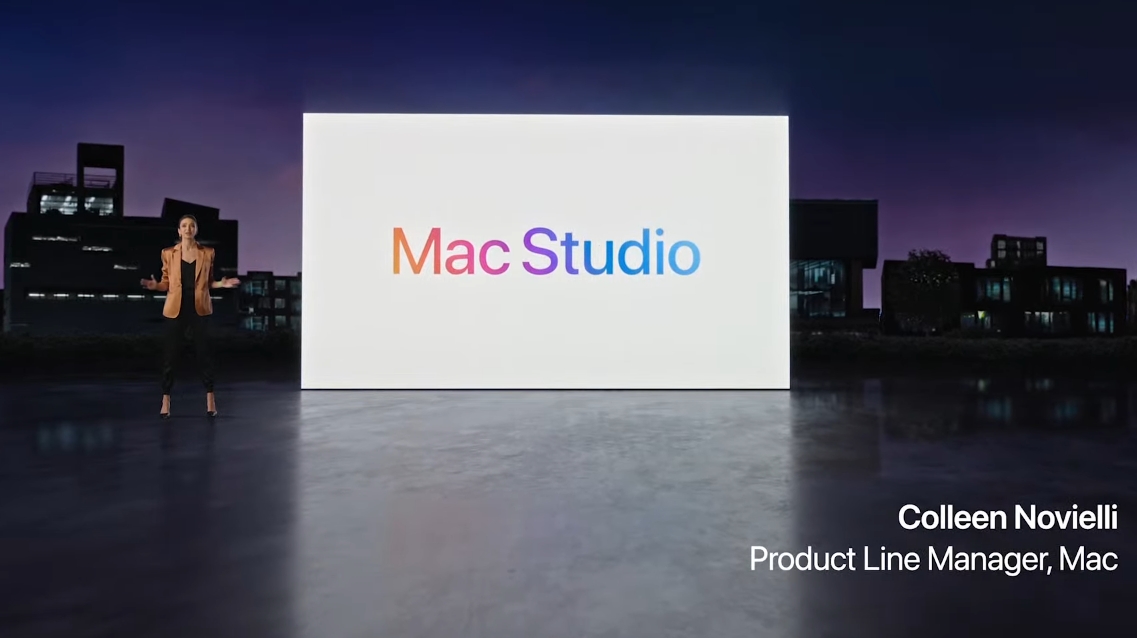 Surprise, the Apple Mac Studio and Studio Display made their debut at the Apple March event this week, a showpiece for the new M1 Ultra processor and a major new workstation for creative professionals of all stripes.

This all came as a surprise to many who were eagerly anticipating the announcement of an Apple M2 processor along with a bunch of new consumer-focused Mac products like a redesigned MacBook Air, a Mac Mini, and maybe even a new 27-inch iMac.

None of these were on offer this time around, and though we’re still likely to see some of them later this year (though not a 27-inch iMac, I’m afraid), the Mac Studio and Studio Display absolutely stole the show – something that one tech journalist *cough cough* confidently predicted just yesterday was not just out of the question, but a downright terrible idea.

Wrong on both counts.

Anyone who has tried to predict the release of a particular product has experienced the disappointment of seeing a release window come and go without an announcement. This is good experience for life, and especially good experience that tech journalists like myself ignore at their peril.

On Monday, Mac analyst Luke Miani published renders of the new Mac Studio and Studio Display based on leaked details from anonymous sources a full day ahead of the Apple event.

While it was making the rounds on many of the Mac news sites, I dismissed the idea pretty definitively. Ultimately, my logic for believing that there was no way Mac Studio and Studio Display were appearing at the Apple March event seemed sound.

Apple rarely mixes up its Professional and Consumer product announcements, and all the rumors up until that point were pointing to one or more MacBook announcements (or so it would seem, more on that in a bit). If we were getting MacBooks and an Apple M2 processor, then why would Apple announce a pair of major professional devices at their event where it would just get buried under the other major news?

That’s all very reasonable, but the problem was that I ultimately made the assumption that this was a consumer-focused event, which it absolutely was not. The iPhone SE 2022 and iPad Air 5, Major League Baseball coming to Apple TV, these were just appetizers for the main course, which turned out to be a major new product that we are all still talking about today. If anything got buried, it was everything else but the Mac Studio and Studio display.

What’s more, in the lead-up to the event, we suddenly started seeing reports of the new Mac Studio and Studio Display popping up, which should have at least prepared many of us, myself included, that it was a possibility.

After all, those reports were far more solid than any speculation about a redesigned MacBook Air or MacBook Pro. It’d be easy to try and defend myself by saying that a lot of people got that assumption wrong too, but that actually makes things worse.

The perils of groupthink

As a journalist, you’re supposed to follow the facts where they lead you, report on those facts, and offer analysis based on what’s actually in front of you. I regularly stress to readers that any leaked CPU benchmark scores for new processors or graphics cards that haven’t been released yet need to be treated skeptically and that we can’t say anything definitive about any product until we have it in hand ourselves.

That is very sound advice and it’s advice that I should have followed when it came to Apple’s March event. All of the rumors pointing toward a new MacBook Pro 13-inch with a new M2 processor were ultimately just that, rumors and speculation. It was speculation by some very knowledgeable people, but speculation is not fact.

With all the talk about a possible M2 reveal at this week’s March event, lost in the mix was the only fact that could be stated with certainty; we don’t have anything concrete to go on that an M2 is even in the works, much less a working prototype exists. Expectations are not reality, and hope and anticipation have no place in analysis.

The swirl of rumors and anticipation we’ve been covering about Apple’s upcoming products took on a momentum of its own, and I lost sight of the fact that when it comes to Apple, nothing can ever be taken for granted until it is announced. And so, I definitively stated that the Mac Studio and Studio Display debuting this week made no sense.

It only made no sense if my assumptions weren’t assumptions but facts, which they were not. I committed the cardinal journalistic sin of treating the conventional wisdom frothing around the world of tech journalists, leakers, Twitter commentators, and the like as something more solid than everyone’s best guesses about something that no one had any actual evidence to support.

Groupthink is the opposite of real journalism, and I participated in the former, not the latter.

Every rumor or leak should be taken with a grain of salt, but that’s not what I did

The irony of this entire episode is that I wasn’t wrong to push back on Miani’s reporting, but that I pushed back for the worst possible reason.

The piece I should have written on Monday could have gone something like this: “An unconfirmed leak of Mac Studio and Studio Display details corroborates earlier reports, but since it’s based on unnamed sources that TechRadar hasn’t independently confirmed, I’d advise readers to treat the reports skeptically for now. Here’s why.”

Instead, I gave other rumors more weight because there were simply more of them and from sources that I’ve come to know over my career. With the benefit of hindsight, most of the rumors now look like everyone was just spreading rumors about rumors that they’d heard from other people in a daisy chain of nonsense.

Worse still, I wrote a very definitive op-ed that claimed to know more about the nature of the Apple event and what we were going to see than I actually really knew based almost entirely on those rumors. It would be more forgivable, personally, if I knew I was talking out my ass and wrote that piece anyway. Instead, I honestly believed every word of it, and that makes it much worse.

Nothing has been more humbling as a journalist than watching the announcement of the professional workstation-class Apple M1 Ultra unfold and realizing in real-time that not only was the Mac Studio and Studio Display about to be revealed – contrary to my assumptions parading online as expertise – but that I had not even properly prepared for the possibility because I thought I knew more than I actually did.

Life is about learning hard lessons from your mistakes, and I have certainly learned mine. The only silver lining for me is that this experience will hopefully make me a better journalist, which is something that will only benefit TechRadar readers in the end.

As for the crow I now have to eat, I’ll take mine well-done, thanks.