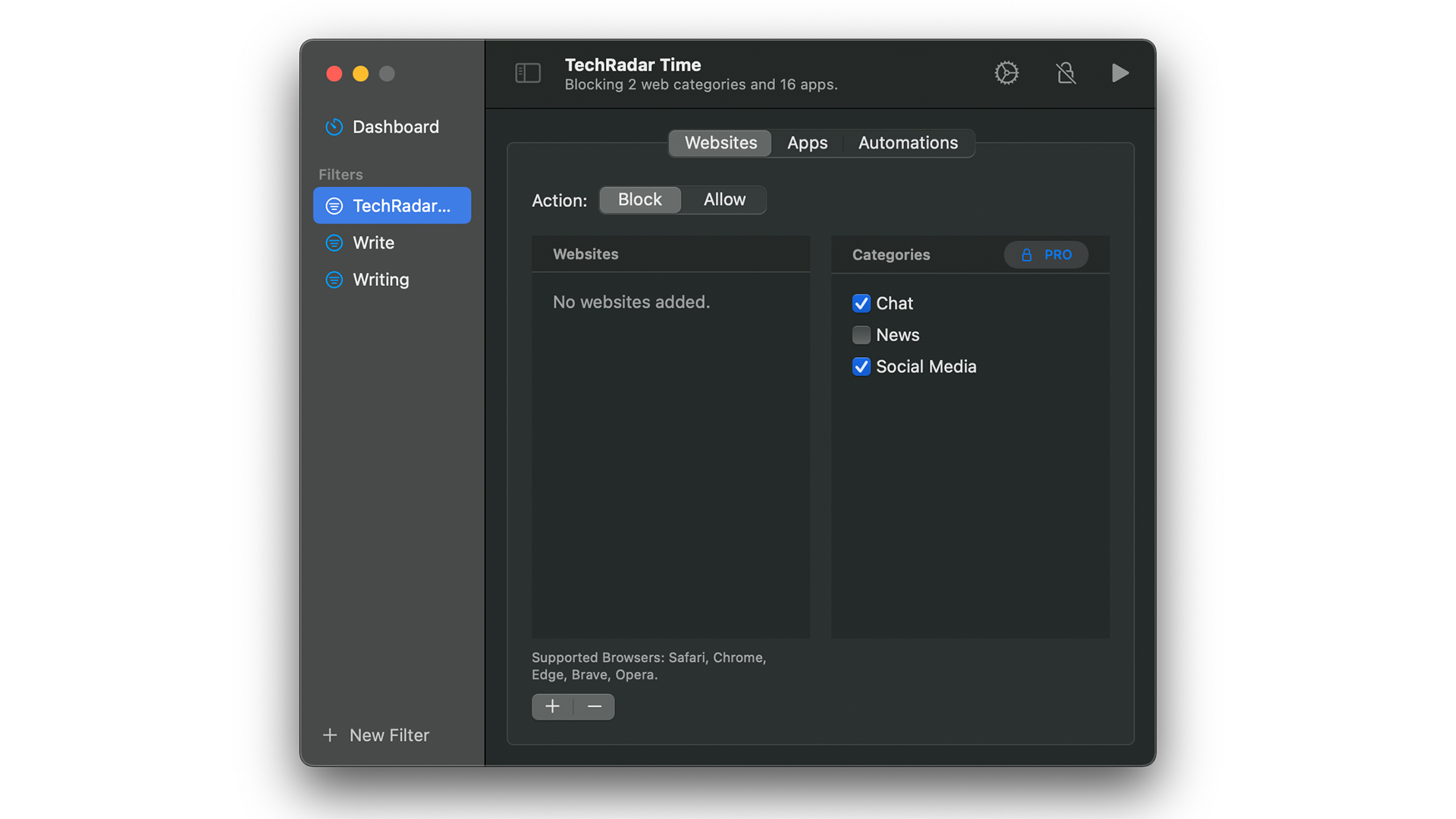 Only a few weeks into 2022 and we’re seeing plenty of new apps promising to solve your various problems in novel ways. For example, do you sometimes send reminders to yourself by text message? A new note-taking app with a chat interface will make that habit a little bit more convenient. Another app wants to help you stay focused by removing distractions across all of your Apple devices.

This new app allows you to create filters for different apps and websites, so you don’t become distracted when you’re trying to finish important work. You can block out certain social media accounts, for example, preventing you from accessing specific apps or associated webpages via web browsers. Ochi lets you pick and choose the apps and web pages you need to be silenced while you focus.

It’s easy to be distracted when you’re using your smartphone, tablet, or computer. While Apple has its own features to assist with distractions – such as Do Not Disturb and the relatively new Focus feature in iOS 15, which can hide apps and change your home screen – Tigas wanted to create something that goes further.

Having tried Ochi over the last few weeks, I’m reminded of an app I used to use called SelfControl, which was available on my old MacBook Air 2013 machine. SelfControl would automatically close apps and block websites when I was focused on writing my college dissertation.

But Tigas’ app is tailored for the modern age, where you have multiple devices with the same account. If you create a filter to block out Facebook on your iPhone, for example, that same block will carry over to your iPad or desktop iMac without any additional input from you.

And the design of the app on iPhone and macOS is appealing, both simple and colorful, with useful widgets to enable filters or show you how much time remains before Ochi unblocks the apps and websites you’ve specified.

Ochi also shows up in the menu bar on macOS, so you easily pause the filtering if you need to access any of the apps or sites you’ve blocked.

A chat with Ochi’s developer

Speaking with Tigas after the launch of Ochi, I asked what prompted him to create the app.

“Ochi was inspired on a whim, by the idea of blocking distractions across all my devices, keeping me focused when my willpower is at its lowest,” Tigas explained. “During the day, while focusing on a task, I block apps like Twitter on my Mac with the app, Focused Work. But sometimes, I use my iPhone or iPad to test apps that I’m working on. It becomes very easy to doom-scroll with them instead.”

There have been efforts by Apple to look at how we manage our time on our devices, from Focus in iOS 15 to the ScreenTime feature in iOS 13. We asked Tigas what specifically made Ochi different from these and third-party focus apps.

“Rather than motivating people to focus on completing a particular task, Ochi instead helps steer people away from distractions so they can maintain focus for longer periods of time.”

“It’s a flexible utility, that can seamlessly integrate with various workflows, especially if they take advantage of automation capabilities in iOS (and to a lesser extent – macOS),” Tigas said. “You can create timed filters that block access to iOS apps, Mac apps, websites, and categories of websites including Social Media, Chat, and News.

It’s also possible to seamlessly enable filters on your iPhone and iPad from a Mac with Shortcuts – a first in the distraction-blocking space.”

Since Ochi is solving a focus issue by targeting distractions, we wondered in which situations Tigas found the app to be particularly beneficial.

“Outside of work and when it’s time to go to bed, Ochi has been really helpful while I’m playing online games with friends,” Tigas explained. “I sometimes tend to pick up my phone in-between Apex Legends or PUBG matches and disengage with the group conversation. It’s a bad habit, and Ochi keeps me on rails in those fun moments.”

Even though the app has only recently launched, we wondered whether there are any new features under development.

“I’m really excited for the next phase and have kept an open mind about keeping Ochi as flexible as it can be!” Tigas exclaimed. “On the Mac, Ochi can lean on Shortcuts & Focus to automatically block distractions on iOS devices via automation in the Shortcuts app. But since automation support is not available in Shortcuts for Mac, I’m interested in bridging that gap to seamlessly apply filters on the Mac from my iPhone or iPad (or even my Apple Watch).”

Tigas told me that he’d really like to add support for scheduling recurring filters.

“This will be especially helpful with automatically blocking apps like Twitter, Facebook, and Reddit from 1 am onwards, without needing to initiate that every night,” Tigas said.“I can also see people appreciating the ability to block emails at various times during their workday.”