Fortnite skins January 2022: All the skins coming to Fortnite and how to get them

Fortnite skins January 2022: All the skins coming to Fortnite and how to get them 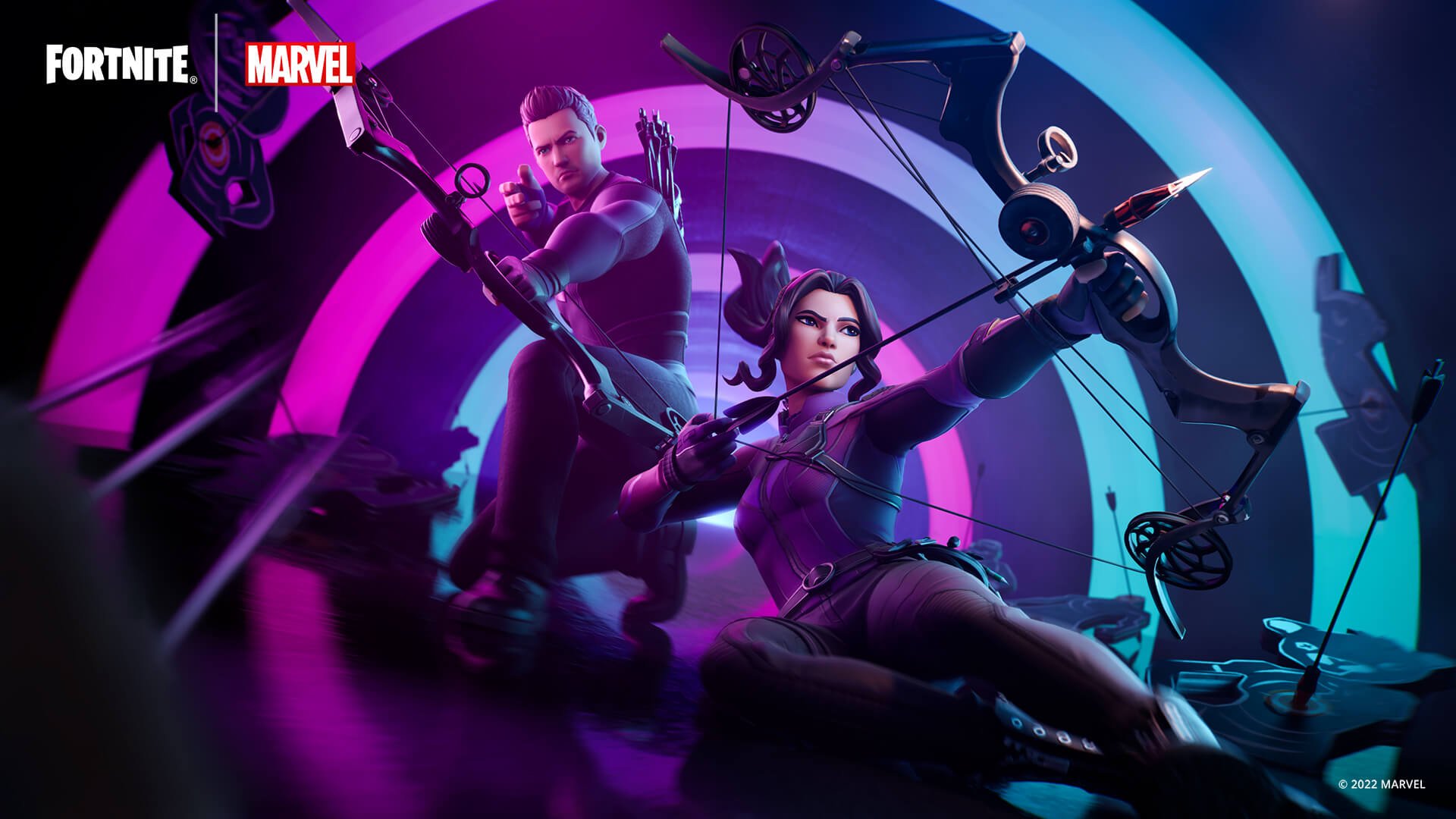 Fortnite has just entered Chapter 3 Season 1 and as it’s December so we’re also headed into Winterfest 2021 -that means we’ll be seeing not only a new map and mechanics but plenty of new Fortnite skins for us to wear into battle.

Chapter 3 will finally give us the chance to play as The Foundation – a mysterious member of the group called The Seven voiced by Dwayne ‘The Rock’ Johnson – and we can also swing into action as Spider-Man. We can also get into the festive spirit with brand new Winterfest skins like the Polar Peely – as well as returning classics from previous Winterfests.

As there are a bunch of new cosmetics to explore we’ve rounded up every Fortnite skin we expect to land in the battle royale in December 2021, with not only skins confirmed by Epic Games but leaks and rumors for upcoming collaborations. We’ll tell you how to unlock them all so you can look fashionable while racking up the eliminations.

Hawkeye and his partner Kate Bishop – the stars of the recent Hawkeye show on Disney Plus – have shot into Fortnite Battle Royale with their own skins being added to the game.

You can grab them from the Item Shop for 1,500 V-Bucks each, or in a bundle for both with some added cosmetics – including an awesome new glider – for 2,400 V-Bucks.

The Chapter 3 Season 1 Battle Pass is here and includes some pretty rad skins.

We’ve got a cyberpunk-inspired samurai with Ronin, a buff llama called Lt. John Llama, and the Island-raised battler Haven to name just a few you’ll see in the trailer above.

Players who make it through the Battle Pass can also unlock Spider-Man – the iconic web-slinger from Marvel’s comics. For this season players are also able to find his web-shooters as an in-game item so they can swing around the battlefield.

The Foundation – Leader of the Seven

The Foundation, a character that first appeared in the epic Fortnite Season 5 event, is finally becoming a Fortnite skin. He’s the (not-so) Secret Skin of Chapter 3 Season 1 – and players who own the Battle Pass will be able to unlock them when the challenges go live in just a few weeks.

With the Foundation’s mask-off variant players will be able to run around as Dwayne Johson himself – so if you’re a fan of the Rock we’d recommend snatching up the Battle Pass while you can.

This month’s Fortnite Crew pack features the Cube Assassin – a villain we all fought several times during Chapter 2 Season 8. She’s made a return to the Island and with our help, she can finally get her revenge.

Given that Spider-Man (his arch-enemy) has recently joined the battle royale and given that Hawkeye and Kate Bishop were both added (and look just like they do in the image above) we’re fairly confident this leak could be legit – but as always we’ll have to wait for official info to know for sure.

Twitter user, and leaker @ShiinaBR has suggested that Peacemaker could follow on from Bloodsport as yet another The Suicide Squad tie-in. The same person who leaked Bloodsport suggested John Cena’s character could appear too, meaning we might see the character show up soon.

We don’t have anything more concrete to go off, like in-game files, so take this with a pinch of salt but we could see Peacemaker arrive soon now that his new show has dropped on HBO Max.

@GenosPapa Dual reveal of Samus in Fortnite, and Jonesy in Smash at E3? LET’S GOOOOO! pic.twitter.com/gAxb84xFZ7May 19, 2021

In Fortnite Chapter 2 Season 5 many fans were calling for Nintendo to be represented by an in-game skin after both Xbox and PlayStation got their mascots in the Battle Royale. The obvious choice was bounty hunter Samus from the Metroid series – but she never showed up.

Leaked documents shared on Twitter from the Epic Games vs Apple court battle indicate that Samus is/was planned to appear in the game (alongside multiple other characters like Naruto and Ariana Grande). The above panel from issue three of the Batman Zero Point series adds to the speculation that the character could still be coming after fans spotted a silhouette that looks a lot like Samus.

Take this rumor with an unhealthy amount of salt, but it could mean that Samus might soon arrive as a Fortnite skin.

Here are ALL the skins from Epic’s Survey, again thanks to @LeakySussed! pic.twitter.com/H8RNZlQjOOMay 14, 2021

Here’s a leak to take with an extra pinch of salt: multiple Fortnite leakers on Twitter have shared images from a recent Epic survey showing off several new skin designs. In it the company detailed potential Fortnite skins and included images of ones we might eventually see added to the game.

You can see all of the in the tweet above but some of our favorites are Cartoon Bushranger, a Vampire Drift, and Guff dressed as a Christmas tree. We have no clue if any of these skins will ever be added to the game, but be on the lookout in future seasons.