The weirdest thing in Spider-Man: No Way Home was his gaming laptop

The weirdest thing in Spider-Man: No Way Home was his gaming laptop 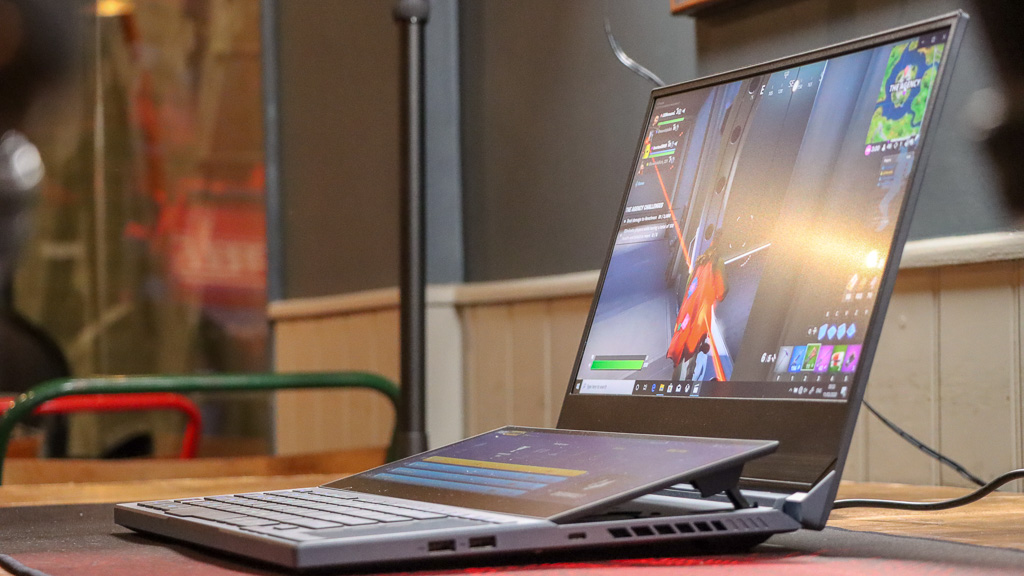 Spider-Man: No Way Home is finally here, and of course I had to go see it immediately. Mostly because I am not-so-patiently waiting for a post-credits scene to hint at the X-Men finally making their way into the MCU, but also because I just kind of love Spider-Man?

Either way, the new movie was pretty incredible, with a ton of far-out science fiction and fantasy elements that, while incredibly fun to watch play out on screen, required a bit of suspension of disbelief to get into the action. I was generally able to do so, but amidst the special effects on the screen was one little detail that I just couldn’t wrap my brain around.

Was that an Asus ROG Zephyrus Duo that the kids were using to *insert crucial plot point here*? This is so very not important, but I’m a nerd, I know laptops, and I know that those teenagers probably weren’t using that incredibly expensive and fragile gaming laptop.

There are going to be spoilers from here, and I deeply apologize. If you don’t want spoilers, you should absolutely stop reading right now. You don’t want major plot points of Spider-Man: No Way Home ruined for you because some nerd wants to rant about a laptop. Nobody needs that.

Now we know why Peter Parker is broke

The movie starts off basically right after Far From Home ends, as Mysterio reveals Spider-Man’s identity to the world via a shaky news organization, the Daily Bugle. This understandably causes Peter Parker a bunch of mental distress; sitting on a roof with his partner MJ, Peter comments “I’m the most famous person in the world, but I’m still broke”.

(That might not be an exact quote, but it was something along the lines of that at least. I’m sorry — I’ve only seen it once.)

A little bit later, when all the multi-dimensional chaos starts happening and Doctor Strange asks Peter and his friends to “Scooby Doo this shit”, they break out a laptop to scour the web for sightings of these extra-dimensional baddies. And what laptop do they break out? The Asus ROG Zephyrus Duo.

If you’re not familiar with this laptop, and I’m just going to assume that is most people, it’s a high-end niche laptop from Asus. Picture a gaming laptop with a second display that gets lifted up right above the keyboard, letting you run programs like Discord or Spotify while also having a full-screen game running on the main display.

Asus also pairs this high-end display with the most powerful components around, and when you take high-power computing and pair it with two of the most gorgeous displays on the market, you end up with a gaming laptop that is, well, extremely expensive.

I’m not sure what the specs on Spider-Man’s Zephyrus Duo are, but even if it’s an entry-level laptop, you’re looking at $2,199 for an RTX 3060– and Ryzen 7-equipped model. That’s an expensive laptop for some teenagers from Queens, especially when we’ve already heard from their mouths that they don’t have a lot of spending money.

But a high-end gaming laptop DOES make sense

One thing we know about Peter Parker is that he is, affectionately, a nerd. He’s big into science and there’s even a moment where he casually hijacks Otto Octavius’ robotic tentacles, so it’s clear that not only does he know computers, but he probably has access to some pretty high-powered components.

There’s also a possibility that the laptop belongs to Ned, Peter’s “guy in the chair”. And for that, having dozens of tabs open with power-hungry applications means that he also needs access to a high-powered computer.

The best gaming laptops are popular not just because of the best PC games, but because they let professionals access some pretty powerful silicon without having to fork over the cash for high-end workstations that are marketed to companies rather than people.

The Asus ROG Zephyrus Duo would certainly be more than powerful enough to keep up with their needs, no matter how intense their world-saving workloads get. But that would also be true of a myriad of different gaming laptops with the same components that cost a lot less.

For instance, you can get a Razer Blade with similar hardware to the entry-level Zephyrus Duo for $1,799. That’s definitely not cheap either, but that’s a whole $400 less and is more than capable of doing everything the Zephyrus Duo can do, just without the second display.

Don’t get me wrong

Don’t take all of this to mean you shouldn’t get the Asus ROG Zephyrus Duo or that it isn’t a good laptop. It absolutely is. It’s unique and powerful, beautiful and fun — and it’s the kind of niche product that you just don’t see very often. I’ve used different iterations of both this laptop and the more pro-focused ZenBook Duo many times since they first made an appearance back at Computex 2019, and I still look forward to it every time.

But they’re laptops for the kind of person that is willing to drop thousands of dollars on a fancy and luxurious product, not for teenagers, no matter how intense their workloads or gaming sessions may be.

And I absolutely get that none of this matters and I am probably the only person who even noticed the laptop in the first place. But ultimately, that’s why I’m here on TechRadar: to geek out about laptops and other computer stuff.

And also to be generally insufferable. You’re welcome.