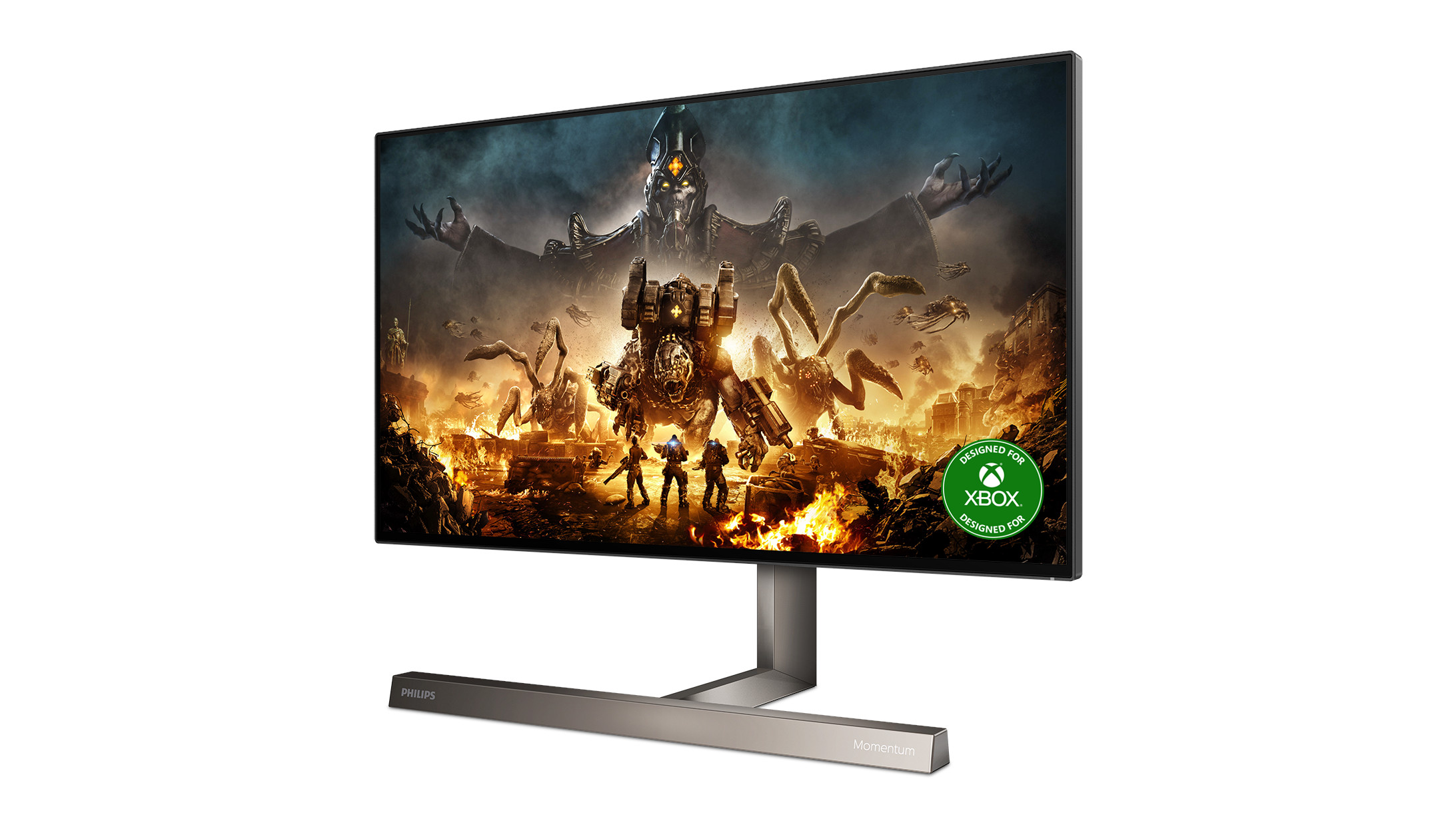 Philips has revealed a pair of new ‘Designed for Xbox’ 4K monitors, which are smaller – and (relatively) more affordable – models that will join the existing 55-inch offering, namely the Philips Momentum 559M1RYV.

The 32-inch model is VESA DisplayHDR 400 certified and has AMD FreeSync Premium tech on board, to minimize stuttering and tearing nastiness, but the 27-inch model doesn’t have that feature (and is also rated differently at VESA DisplayHDR 600).

Philips notes that these displays aren’t just tailored for next-gen console gaming, but also good for PC gaming, with the 27-inch model being a good fit for a desktop and a commonly used size with PC gamers.

The manufacturer highlights that the 279M1RV has a Nano IPS panel with up to 98% DCI-P3 color gamut coverage, and that it’s a G-Sync compatible monitor for those with Nvidia GPUs in their gaming rigs.

Other notable inclusions are Philips Ambiglow (color-matching backlighting), DTS Sound, and there are adjustments for height, tilt, and swivel (plus cable management chops too).

The new offerings will go on sale in November in the UK with a recommended price of £899.99 and £719.99 for the 32-inch and 27-inch monitors respectively. That compares to the asking price of £1,199 for the 55-inch model which is already on sale, although bear in mind that panel is also equipped with an impressive built-in soundbar (it is, of course, a much bigger monitor).

Analysis: What will this mean on the PC front?

It’s always good to have more options, and these smaller-sized monitors in the Philips Momentum range offer a more approachable price tag – although they’re still far from cheap (but then, this is a quality 4K screen with a 120Hz refresh rate).

They also represent a potential choice for PC gamers with Philips angling them like so, particularly the 27-inch model which is a good size to sit on a desk. The good news is that its IPS panel should make things better on the picture quality front, compared to the previous VA screen with the 55-inch product, which as we saw in our sister site GamesRadar’s review, was disappointing when it came to viewing angles (and notably on the PC, lacked the punch and vibrancy seen on the Xbox). The new Nano IPS panel will offer much better viewing angles, and hopefully a more vivid performance on the color front, too.

As always, we won’t really know the truth of exactly what the new models bring to the table until they start being reviewed, but the developments here sound promising enough.