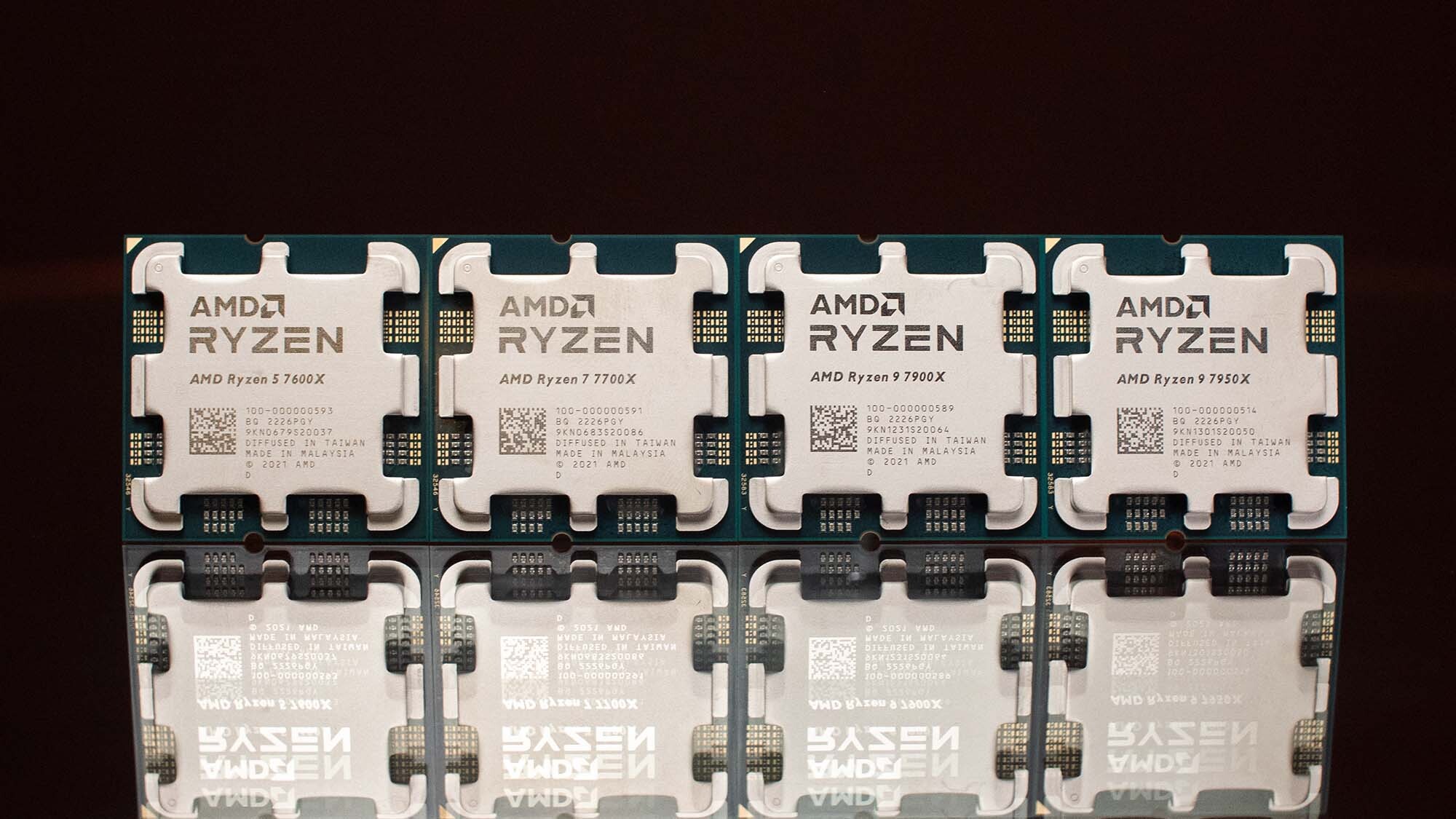 AMD announced its Ryzen 7000 series processors on August 29 during the company’s first “live” product announcement since the start of the Covid-19 pandemic, finally bringing it to parity with archrival Intel on support for key technologies.

The new processors, the Ryzen 9 7950X, Ryzen 9 7900X, Ryzen 7 7700X, and Ryzen 5 7600X, will feature the new Zen 4 architecture, bringing DDR5 and PCIe 5.0 support to AMD processors about a year after Intel did the same with Intel Alder Lake. As such, this also necessitates a whole new motherboard chipset that supports the tech, AMD AM5, just as it did with Intel Alder Lake.

Dr. Su also said that the Ryzen 7000-series instructions-per-clock (IPC) have increased by a healthy amount over all workloads, with some of the best performance gains coming from the gaming and content creation tasks, while it is pushing the boost clock to new heights, especially with its enthusiast chips.

“I’m extremely excited to say today that as we optimize the product for production, we now see 13% more IPC in desktop applications,” Dr. Su said. “From a frequency standpoint, we’ve increased the frequency at the top of the stack to 5.7GHz  – that’s 800 megahertz higher than we did in the Ryzen 5000s.”

“And as a result,” Su continued, “Ryzen 7000 single-threaded performance is up to 29% higher compared to Ryzen 5000. These are just huge performance increases, and I’m extremely proud of what the team was able to deliver.”

Probably the most expected (and impressive) claim that AMD made during the presentation came when comparing the entire AMD Ryzen 7000 launch lineup to the best processor on the consumer market right now, the Intel Core i9-12900K.

We won’t know for sure until we test these chips for ourselves, but if true it would definitely be a coup for AMD, and things look good for Team Red as Intel gets ready to announce its own next-gen processors, Intel Raptor Lake, later this year.

One of the more exciting claims AMD made during its presentation is that thanks to the chips being fabbed on a 5nm node, there have been substantial gains in processor efficiency.

I recently wrote that the performance arms race between chip makers was ultimately a bad thing, both for consumers and the environment, and I’m very hopeful that AMD took my criticism to heart. For one, it drives up the costs of these processors and given the current cost-of-living crisis in the UK and Europe over the cost of energy and the broader global inflationary environment, the last thing anyone wants to see is prices rising even more than they already have.

Fortunately, AMD is keeping prices in check as for as any increases go (these are still pretty expensive chips, after all), but it bodes well that prices have stayed flat or even dipped a bit.

What’s more, AMD made a very big deal out of its gains in energy efficiency with this processor generation, owing mostly to the 5nm process. AMD claimed that you could get the same performance out of a Zen 4 processor for up to roughly 62% of the power as you could from a Ryzen 5000-series chip, or you could get a boost of up to nearly 50% for the same amount of power as an existing 5000-series chip.

Having used Ryzen 5000-series chips fairly extensively, this is no small thing. You could set your system settings to lower power consumption and get what is still outstanding performance. Of all the claims that AMD made during it’s presentation, this is the one I’d like to be true more than just about any other.

Smart Ray Tracing and more on the horizon?

One of the things the new Ryzen Zen 4 architecture will do is incorporate the AVX-512 instruction set into its processors. These are essential to advanced compute-based workloads like machine learning and ray tracing.

Following AMD’s launch announcement, I was able to ask AMD CVP and GM for desktop PCs, David McAfee, if the inclusion of ray-trace-accelerating instructions into the machine code of the processor will enable some of the kinds of cross-processor synergy between Ryzen CPUs and Radeon GPUs that we see with AMD Smart Access Memory and other board-level optimizations.

Papermaster wouldn’t say if this is the kind of technology that AMD is preparing for the future, which got me a very quick “I can’t comment on that at this time,” but it’s definitely something that AMD would certainly be able to do.

This wouldn’t be a minor tweak of an AMD machine’s ray-tracing capability, either, were something like this to come to pass. Radeon GPUs still struggle to keep up with Nvidia in terms of ray tracing at the moment, seeing as they are first-gen ray accelerators, but there’s every expectation that RDNA 3’s ray accelerators will be greatly improved.

Having a synergy between a GPU and a full-blown processor running AVX-512 instructions for high-performance computing – the kind of workloads done by Nvidia’s tensor cores, which on their own make Nvidia’s RTX cards the best graphics cards for creative content and machine learning applications – could be a huge advantage for AMD when it comes to its next-generation ray accelerators. It’s also one that Nvidia would not be able to replicate.

While it might be idle speculation on my part, it’s definitely the most interesting “No comment” I’ve gotten in a long time.