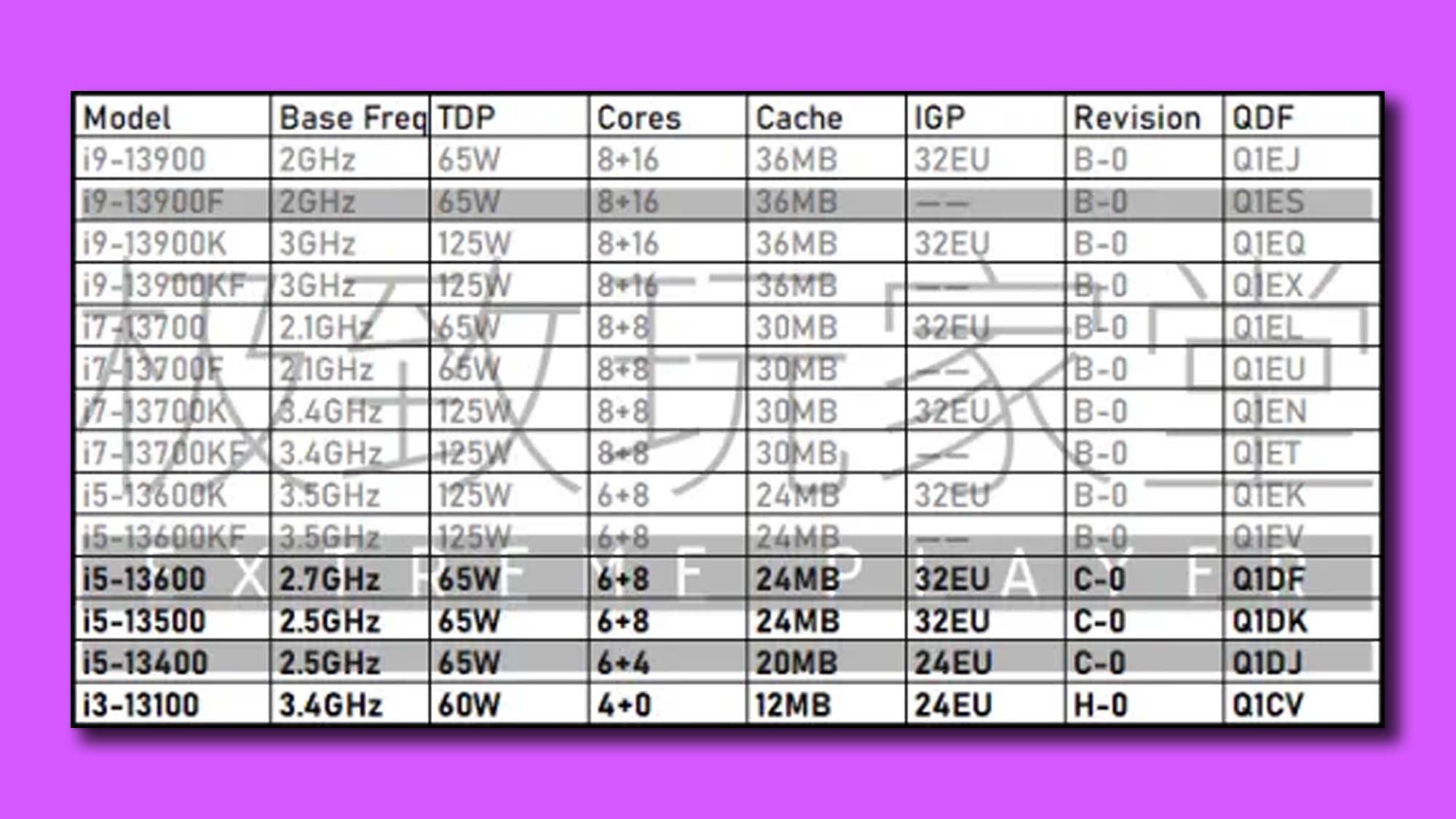 With Intel Raptor Lake set to release in the coming months, it looks like the entire launch lineup for the next-gen processor series from Team Blue have leaked ahead of their announcement.

A user going by the name Extreme Player on the Chinese social media site Bili Bili posted the specs for 14 SKUs in total, covering Core i3 to Core i9 processors (first flagged by Wccftech).

The topline numbers show a 24-core i9 processor (eight performance cores and 16 efficiency cores) with 32 threads,which doubles the number of efficiency cores as the flagship Alder Lake i9-12900K. The rest of the specs are below, as posted on Bili Bili.

Obviously, these specs haven’t been announced by Intel, so they need to be taken with a grain of salt, but the specs are in line with other rumors we’ve heard.

Analysis: Can Intel rein in some of its power?

One of the things about the big.LITTLE architecture pioneered by ARM is that it is supposed to be substantially more energy efficient than traditional pocessor architecture.

This is definitely the case with Apple silicon powering the best MacBook and Macs, as well as the best phones and best tablets on the market utilizing these kinds of processors.

It hasn’t turned out to be the case with Intel Alder Lake though, which uses a lot of power compared to other chips released in recent years, which has been especially true of its mobile chips.

I’ll be especially interested to see if Intel can make their chips more power-conscious with this generation, but given some of the benchmark scores we’ve seen lately, I think it’s likely to be full steam ahead.