Look out, AMD – Intel’s next-gen CPUs could be after your budget crown with DDR4 support

Look out, AMD – Intel’s next-gen CPUs could be after your budget crown with DDR4 support 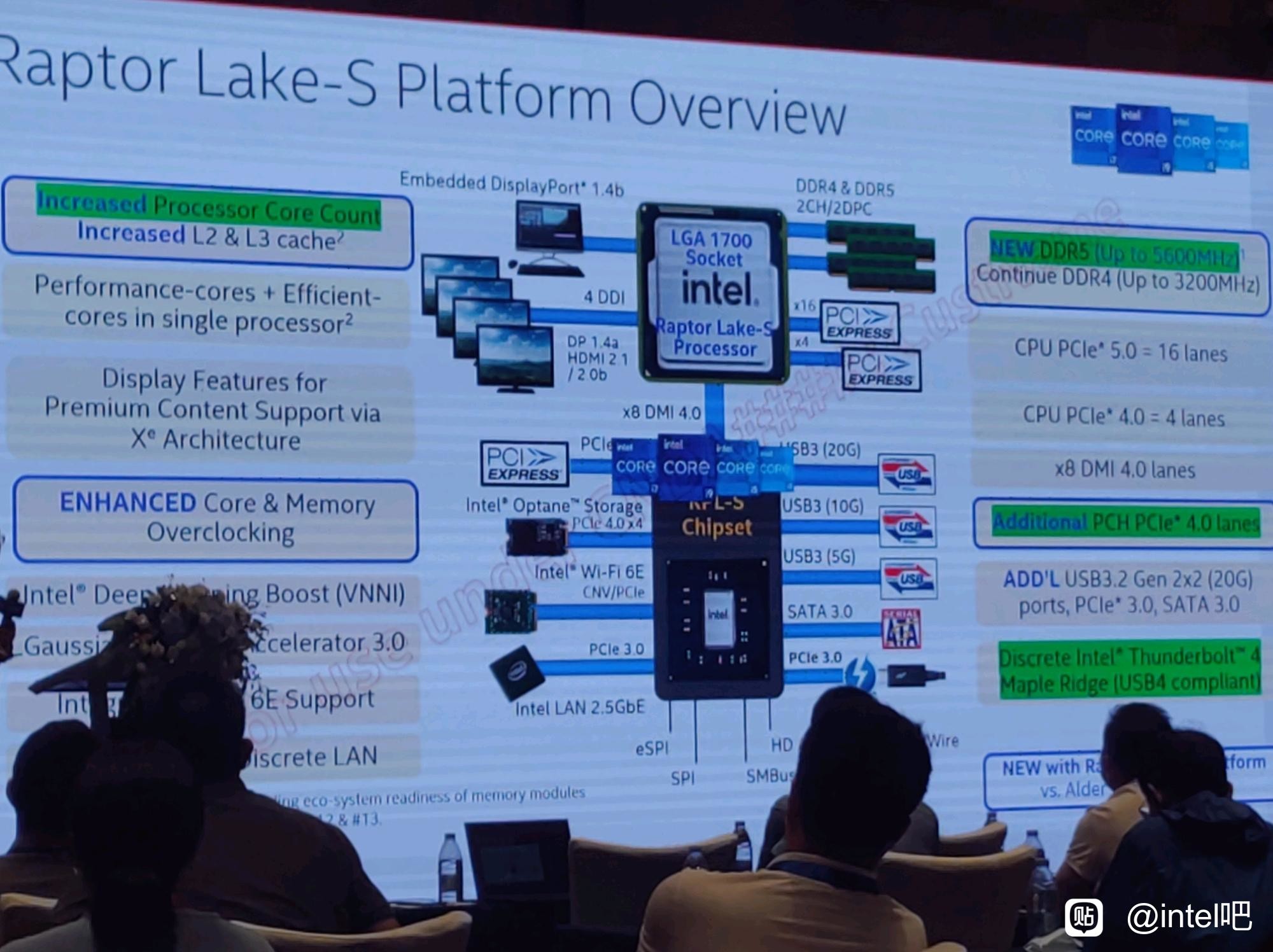 Intel and AMD are gearing up for one of the biggest showdowns the CPU industry has seen in years, with new generations of processors rapidly approaching launch on both sides. Intel’s 13th-generation ‘Raptor Lake’ chips will be going up against AMD’s ‘Zen 4’ Ryzen 7000 series, and both competitors are promising some serious performance.

Details on the new CPUs are slowly emerging through a combination of leaks and official announcements, and things are looking mighty fine for Intel. Raptor Lake is reported to represent a significant step up in performance from the current-gen Alder Lake chips, and now a slide leaked from an Intel workshop event in China has revealed that the Raptor Lake-S chips will support both DDR4 and DDR5 memory.

We knew previously that both Raptor Lake and Ryzen 7000 would support DDR5, but it now looks like Intel will be getting a leg up over Intel by offering support for both the new memory standard and the more common DDR4 flavor of RAM.

This is kind of a big deal, since DDR5 is the new kid on the block and adoption is still fairly slow among PC-builders. It’s steadily working its way into pre-built desktops and laptops, but isn’t as common in custom-built PCs since it requires a motherboard upgrade. DDR5 is also expensive – it’s getting more affordable, but DDR4 is still a lot cheaper, and you need a pricier DDR5-compatible motherboard too.

For the uninitiated, the ‘S-series’ Raptor Lake chips are efficiency-oriented versions of Intel’s CPUs, with a bit less processing grunt in exchange for lower power requirements. It’s unclear at this point whether the regular Raptor Lake chips (or the overclocking-enabled K-series) will feature this same dual-standard memory support.

Analysis: AMD could be crippled by forcing adopters to upgrade to DDR5

AMD is already struggling a bit against the resounding success of Intel’s Alder Lake CPUs, which offer incredible performance thanks to their hybrid core architecture that uses powerful ‘performance cores’ alongside low-power ‘efficiency cores’.

AMD is generally still a good option for PC-building on a budget (the Ryzen 5 5600X is currently available for under $200) and Team Red has long been positioning itself as the processor of choice for gamers, but this leak spells trouble for Ryzen 7000.

Prospective buyers on a tight budget are likely to be enticed by support for the more affordable DDR4 memory standard – especially since DDR5-compatible motherboards are typically more expensive too. AMD forcing everyone buying a Ryzen 7000 CPU to use DDR5 could make it the less attractive option for cash-conscious consumers.

AMD does seem to have plans for the 5000-series Ryzen chips before its next-gen processors launch, at least. It’s been suggested that AMD might be targeting a September release date to beat Intel to the punch, but this relies on Ryzen 5000 stock being shifted first. AMD also appears to have plans to integrate its game-boosting 3D V-cache technology into new current-gen chips, which could help its position somewhat.