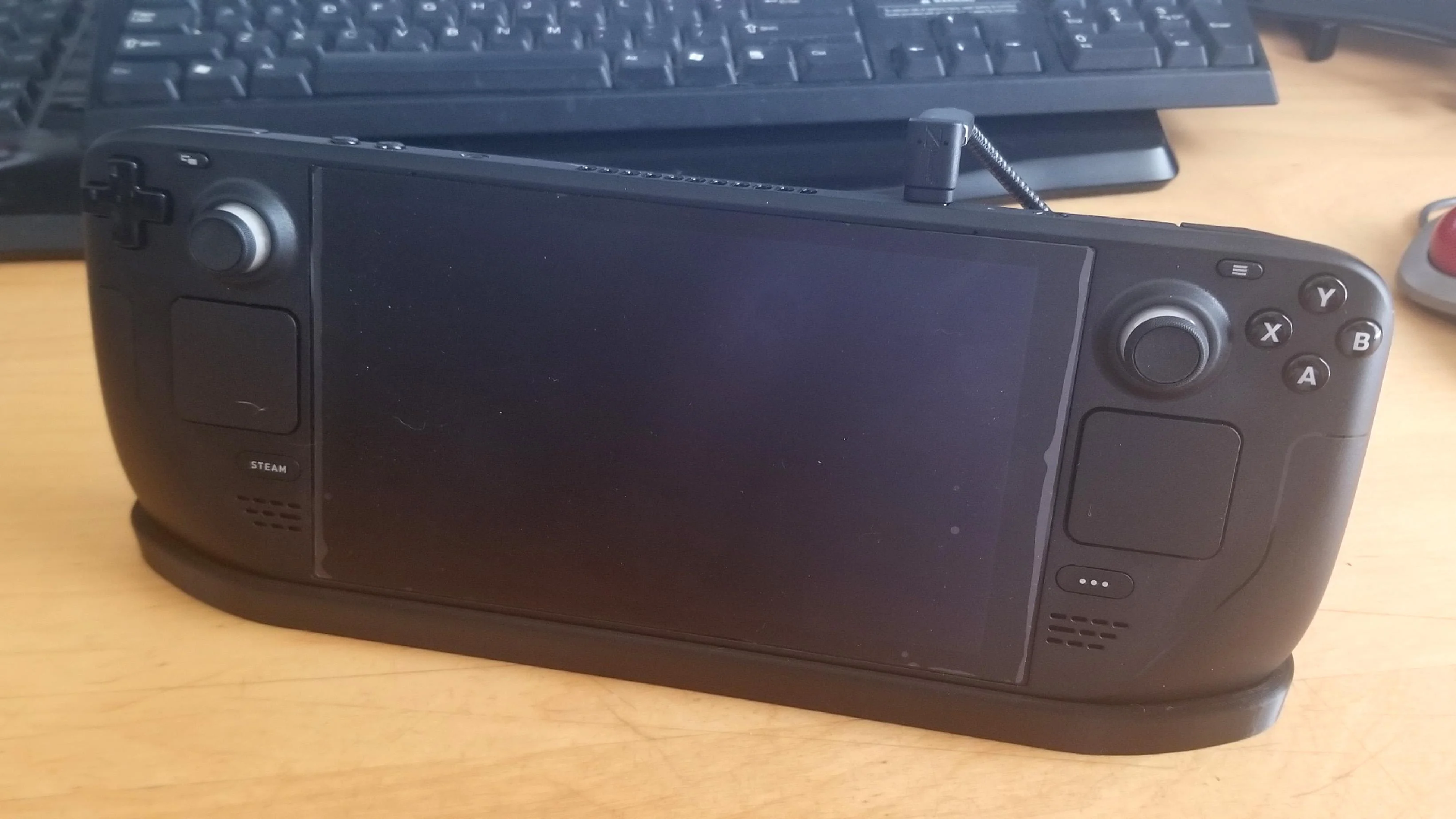 In lieu of Valve not having its own dock for the Steam Deck yet, one Redditor 3D printed their own customized cradle for the system, and it looks as good as anything Valve might come up with.

The Reddit user in question, Hannover2k, built the dock by converting a Dock-Teck DD0003 USB-C hub attachment. They also added in several other ports including two USB 3.0 slots, an SD/MicroSD slot, an HDMI and LAN ports, and a 45w USB C-Charge port passthrough.

The level of craftsmanship in this Steam Deck cradle looks impressive and could lead to even more 3D printed docks in the future. Steam has partnered with iFixit to supply official replacement parts for the console, so buyers won’t have to turn to third-party sources for those, but if you’re looking for a Steam Deck dock, then at least this custom-printed dock might inspire some DIY options among Steam Deck owners.

With the recent and disappointing news of the Steam Deck’s docking station being indefinitely delayed due to COVID-related manufacturing challenges, it seems that users will have to turn to third-party suppliers and, increasingly, themselves to fill the Steam Deck accessories gap.

There are already several third-party docking stations like the UGreen USB-C Multiport Adapter or the j5create USB C Docking Station, plus plenty of other options on sites like Etsy. However, just like Hannover2k, there are more buyers who are successfully 3D printing their own docks.

If Valve can’t resovle its supply chain issues, this emerging third-party and DIY market could seriously cut into its sales once it does release an official version.

On the other hand, users supplying their own docks and cradles could mean that Valve won’t have to worry about releasing one itself, and even could quietly retire plans to produce them. This would have the added benefit of letting the company focus on Steam Deck production instead, which is still in high demand as it is.