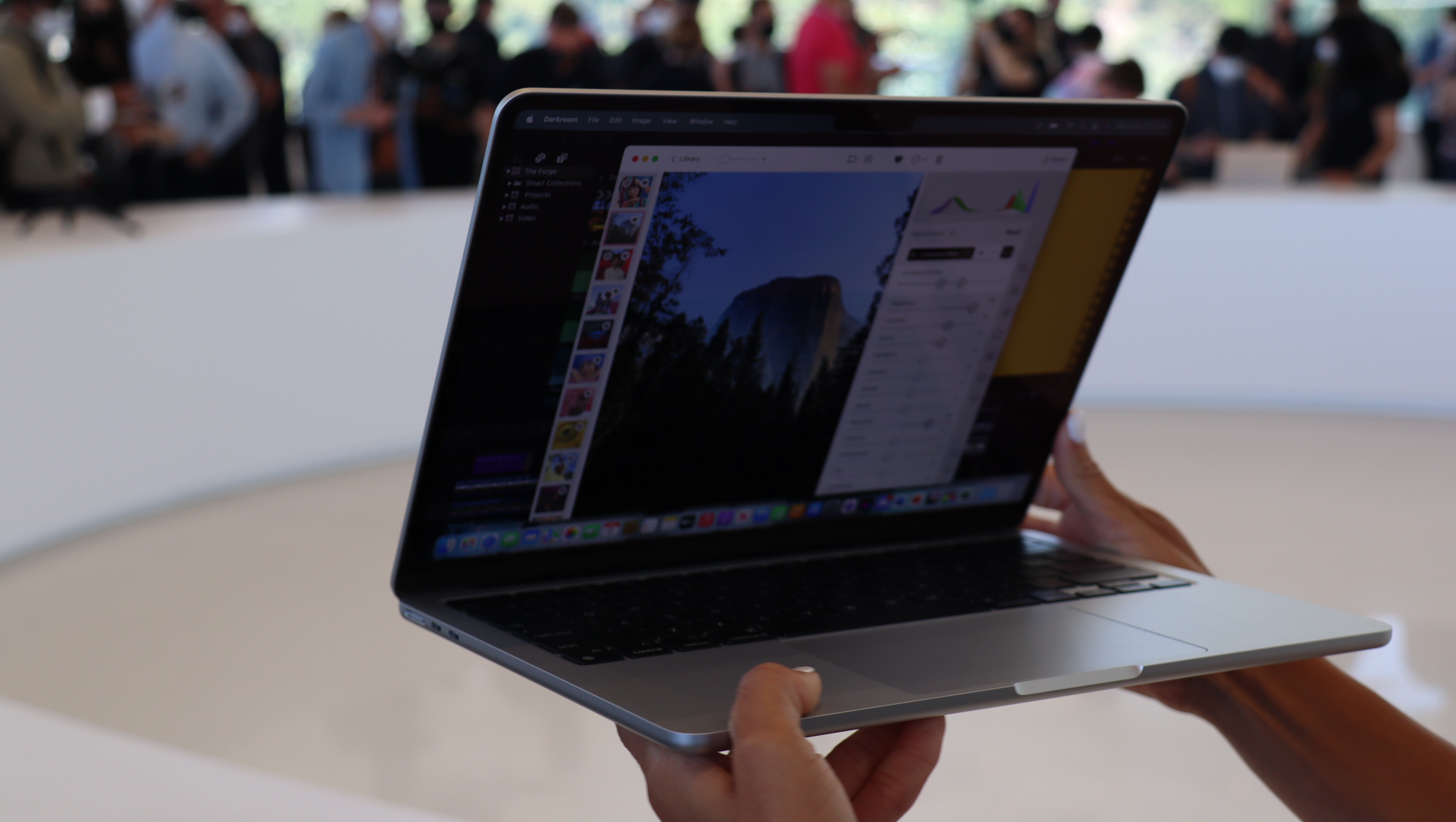 The Apple MacBook Air has enjoyed its time in the sun in recent years, but while its M1 model is very deserving of being one of the best laptops you can buy right now, that doesn’t mean it doesn’t have any flaws. In fact, I’m a little peeved that one of its largest issues still hasn’t been addressed in its newly announced model refresh.

The M2 SoC (System-on-a-chip) was finally revealed at WWDC on June 6, alongside the announcement that a refreshed model of the MacBook Air and MacBook Pro 13-inch would be the first two Apple products to feature the new silicon. Both of these laptops have been highly anticipated, especially with all the talk surrounding the possibility of a retro-inspired throwback for the series that would feature a selection of colorful chassis options.

Sadly this hasn’t come to light (though don’t discount it from happening just yet), so while I can joke about being too bitter about being unable to buy a shiny new M2-powered MacBook Air in Orange or Green (or Purple if you’re our Computing Editor John Loeffler), there is a genuine reason that I’m still hesitant to start saving the cash I find hidden in my couch.

This is something that still hasn’t been expanded despite all the claimed improvements on the M2 chip’s performance when stacked against its predecessor, and frankly, it’s not enough to keep up with my productivity demands.

You’re holding me back here Apple

I’ll admit that I’m a display fiend – the more screens I can have in my setup, the more productive I’ll be and while the number will vary for each person, I enjoy using my two 27-inch monitors alongside the smaller integrated display of whatever laptop I’ve plugged into them to use as a trio.

Limiting the MacBook Air to a single external display is an odd decision and not one that I imagine Apple has done to intentionally hinder the device, but it still feels as though the fruit-themed tech giant could have developed a way to expand this natively.

Instead, if you’re completely set on buying an M1 MacBook Air and running two displays off it then you’ll need to buy a third-party Thunderbolt hub or docking station, and even then you’ll need to download the right drivers to get your laptop to recognize the additional displays. It can be frustrating to set up, especially if you’re not very confident with technology and using multiple monitors and cheap MacBooks is far from uncommon in office environments.

Was it really so hard to have the M2 MacBook Air support two external displays? Not everyone will need something as powerful as a 6K monitor and instead would be better off with 1080p or 1440p resolutions, especially as the Air is Apple’s most budget-friendly laptop offering (well, budget for Apple) and tends to be popular with students and young professionals who may not have the funds to buy larger, more premium displays.

Apple claimed during its keynote on June 6 that the MacBook Air is the world’s best-selling laptop, and its placement on our own list of the best laptops certainly backs up that statement, but I can’t limit myself to only using a single additional display. My overall productivity would drop, and I feel I’m not alone when I say that this was a particular disappointment when combing through the device specifications.

I hope that this is something that can be corrected at a later date, even if it does require Apple to release a specialized docking station that’ll almost certainly come with a famously eyewatering pricetag. For now, I’ll go back to hoping that we get an assortment of rainbow color options for the next refresh of the MacBook Pro 16-inch so I can enjoy a tangy orange laptop alongside my existing wall of screens.