NordLocker now wants to keep all your business data safe

NordLocker now wants to keep all your business data safe 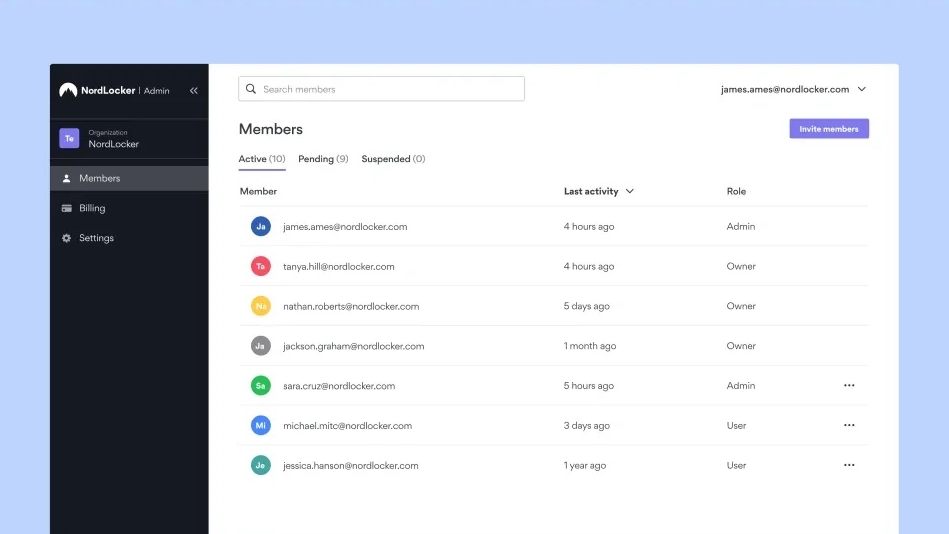 NordSecurity’s encrypted cloud storage service NordLocker is expanding beyond consumers with the launch of its new business product aimed at protecting corporate data for organizations around the world.

NordLocker Cloud for business supports all file types and offers secure and convenient login methods including multi-factor authentication (MFA) as well as third-party logins from Google and Apple.

Just like its consumer offering, NordLocker’s new business product prevents important files from getting lost or exposed through the use of end-to-end encryption with encryption keys stored both on device and in the cloud. NordLocker Cloud for business also employs the world’s top cryptography algorithms and ciphers such as AES-256, ECC, and XChaCha20-Poly1305-IETF.

Head of product at NordLocker, Aivaras Vencevicicus explained in a press release how launching an encrypted cloud storage service for business was the next logical step forward for the company, saying:

“We introduced NordLocker as a robust file encryption tool in 2019. Since then, the product has undergone a few solid development phases and is now positioned as an end-to-end encrypted cloud storage option with a file encryption solution. It was only natural for us to move forward and launch an encrypted cloud service for business clients to offer a secure, convenient, and cost-effective way to store and manage their data.”

NordLocker Cloud for business is easy to set up and doesn’t require any additional infrastructure or advanced technical skills for organization’s deploying the company’s encrypted cloud storage solution.

The service’s Admin Panel provides a centralized solution that allows company admins to manage all users in a single place. At launch, admin functionalities include license distribution as well as role and access management though NordLocker plans to roll out account and file recovery, user groups, and user activity logs soon.

> NordLocker now allows you to take your encrypted files with you

> We’re all using email to share files, despite security risks

> WordPress founder and others inject $100m into NordVPN owner

Each NordLocker business user gets a Locker Share functionality that makes it possible for coworkers to securely share entire lockers (encrypted folders) with both those inside their organization as well as with outside partners. Sharing files is also simple as users just need to type in the email address of the receiver.

Businesses can choose from two plans though there is also the option to get in touch directly with NordLocker to get a plan tailored to their organization. The less expensive plan costs $8.99 per user per month on an annual subscription and includes 500GB of encrypted cloud storage while the more expensive plan costs $14.99 per user per month and includes 2TB of encrypted cloud storage.