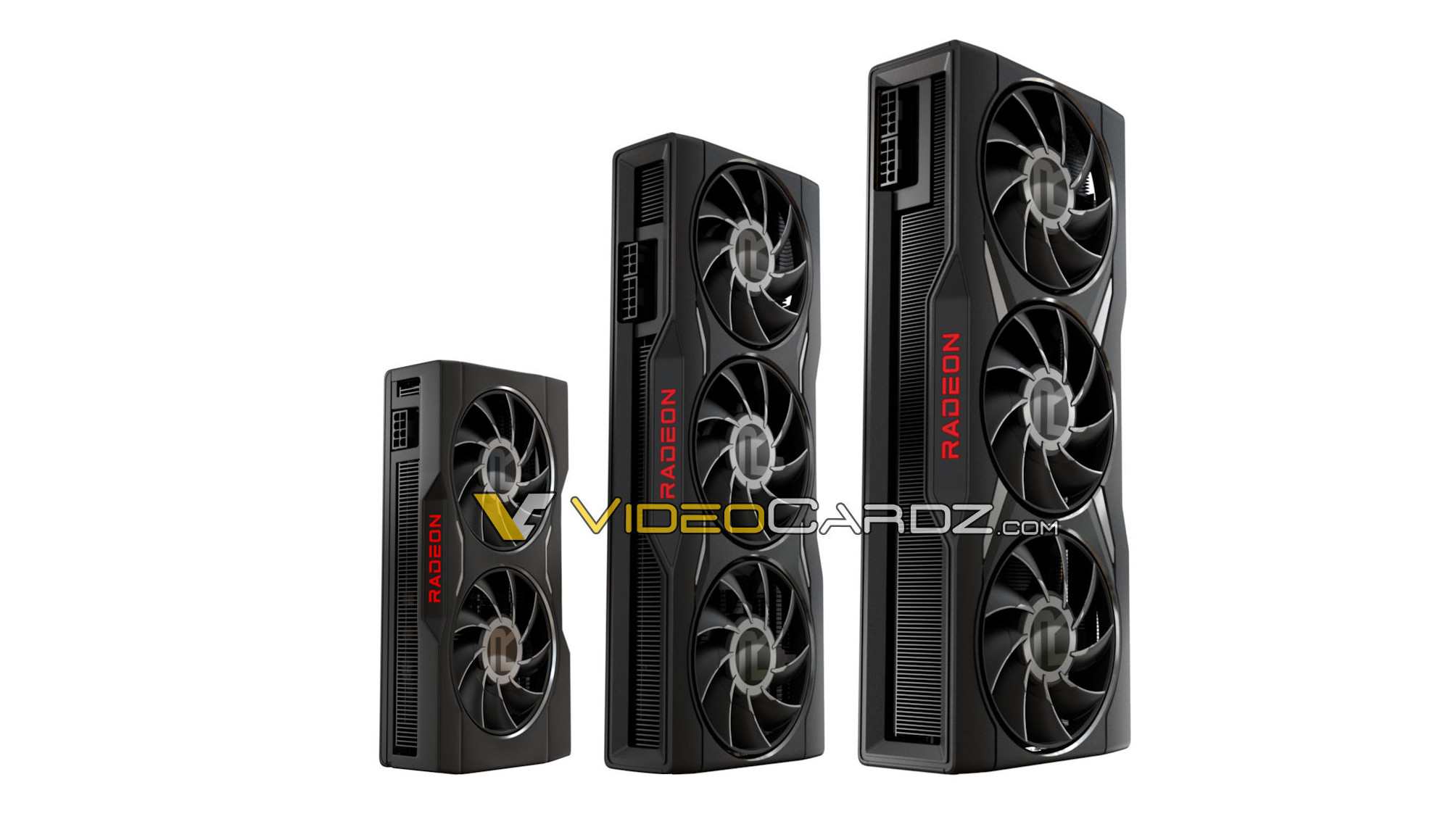 AMD’s incoming refreshed RDNA 2 GPUs, of which there are rumored to be three new models led by a fresh flagship RX 6950 XT, have been pushed back slightly to May, rather than launching in April as the rumor mill initially theorized.

According to a new report from VideoCardz, its sources claim that the Radeon RX 6950 XT, 6750 XT, and 6650 XT are due to land on May 10 (rather than April 20, the previous launch date which was floated via the grapevine).

The tech site provides a leaked pic of the three new RDNA 2 graphics cards, as well, noting it’s from a trusted source, Disclosuzen, and this highlights another interesting nugget of info – that they will all be black edition models.

The aforementioned previous leak suggested that the RX 6950 XT alone could get the black paint job, looking just like the RX 6800 XT Midnight Black model, but in fact, all three of these GPUs will copy that exact same design (or at least that certainly looks to be the case from the image provided).

A final piece of this round of rumor spillage is that the existing RX 6400 budget graphics card, which is currently OEM-only, is set to be released as a standalone model on May 10 also.

This means that you’ll be able to buy it off the shelf (whereas at the moment, it’s currently only present in prebuilt PCs). VideoCardz didn’t mention anything about the purported RX 6300 which we heard about only yesterday.

Analysis: Let’s face it, a delay would be no surprise

Of course, all of this is just speculation, so we must remain skeptical about this trio of incoming GPUs. Assuming the previous rumor of an April launch was correct at the time it was circulated, the cards have now theoretically been delayed, and if that is true, it’d be no big surprise.

Delays happen all the time with hardware launches, and especially these days given the ongoing component shortages still affecting the tech industry (albeit we are hearing more positive noises of late that supply problems are easing, slowly but surely, and if nothing else GPU pricing is drifting downwards and normalizing somewhat).

What’s undeniably true, though, is that the publishing of an actual picture – assuming it’s not faked – of the purported 6950 XT, 6750 XT and 6650 XT does lend more weight to their rumored existence, naturally. And it’s an interesting move that the entire refreshed range could be black editions.

Perhaps this is AMD looking to make these GPUs seem a touch more attractive in light of the fact that by the time they’re on shelves – in May supposedly, or potentially even later, as we can’t rule that out – it won’t be that long until RDNA 3 graphics cards are due to emerge (they’re scheduled to come out before the end of 2022, as you may recall).