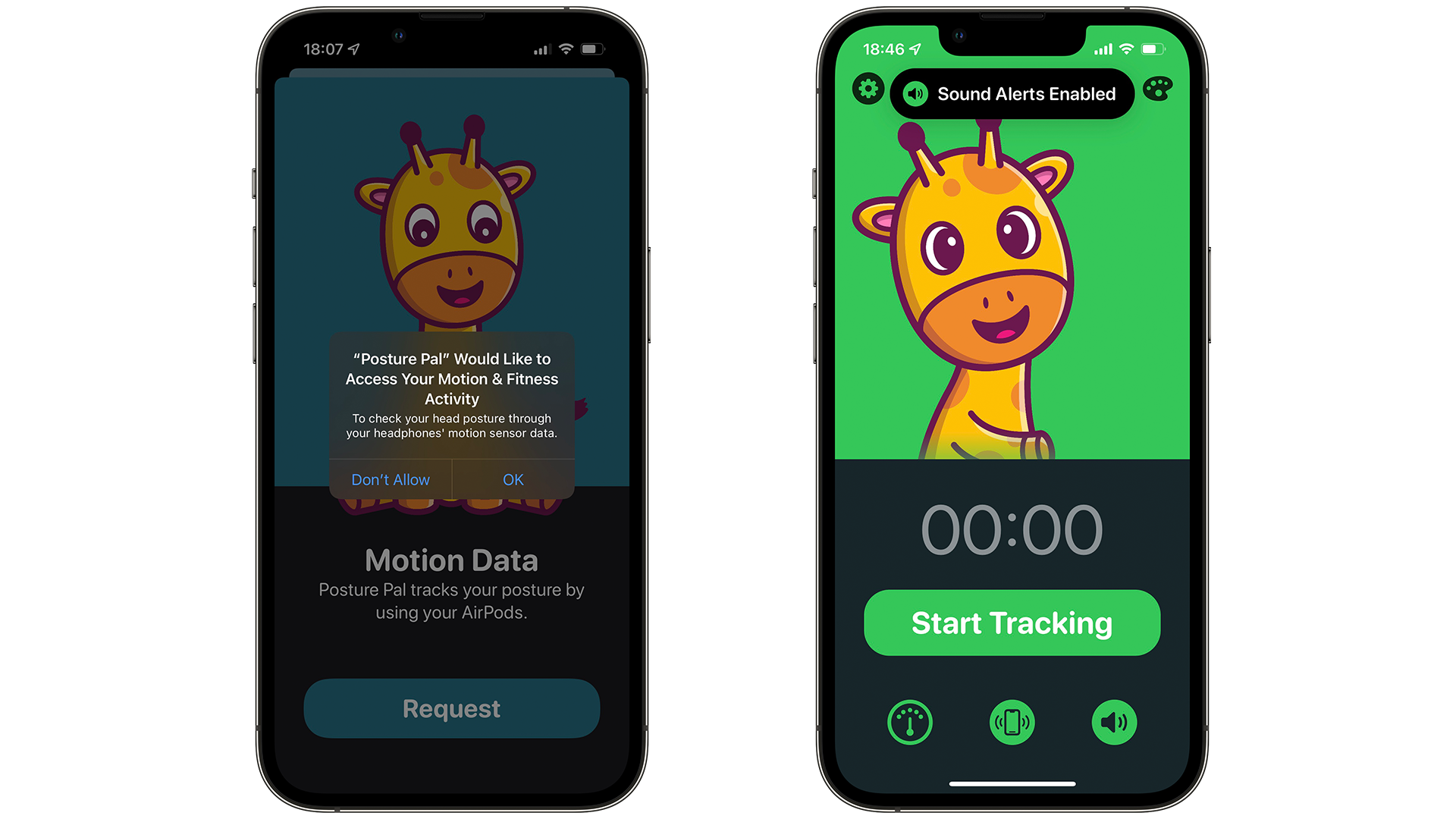 If you feel like you slouch your head too much while sitting at your desk, playing video games, or standing at the bus stop, an app for your iPhone could help with that, as long as you’re wearing your AirPods.

PosturePal uses a motion-tracking feature in iOS 15 that can tell the position of your head as you’re wearing AirPods and alerts you if your posture is bad.

Available on the App Store for free, with a one-off purchase to unlock all its features for $1.99 / £1.99 / AU$2.49, the design is fun and easy to use. You’re greeted with a character that reacts to whether you’re tilting your head correctly or not, and once you’re done, you’re given a score.

TechRadar spoke with developer Jordi Bruinabout how Posture Pal came to be, and its future plans to help more users with their head posture.

A chat with the developer

Developing an app can take anywhere between a week and six months. But for Bruin, it was quite a bit shorter.

“I got the first version up and running in 10 minutes back in October last year,” Bruin reveals. “The API was very clear and I found some good sample code on GitHub, which allowed me to test out if the idea would be feasible.”

With PosturePal available to iOS users with an iPhone and AirPods, we asked if there were any challenges that may still need solving. “Since I only have access to AirPods Max at the moment, I am unable to test all the different supported headphones,” Bruin explains. “The problem with the regular AirPods and AirPods Pro is that a lot of people wear them in the wrong way. For example, by tilting them forward more than they should. I know how I want to fix it, but it’s a hard problem to test when I have to borrow AirPods from friends.”

The app can benefit your back, neck and shoulders from using it just once a day, due to its gentle nudging to make sure your head is straight. We wondered if Bruin was also feeling the benefits of PosturePal. “For me, the main thing that has helped is keeping posture more at the top of my mind. I don’t use the app on every work session [yet], but I want to.” Bruin continues. “I’m trying to make it even easier for myself to track my posture by adding stuff like Shortcuts support to automatically start a session when you connect your AirPods.”

Trying out the app on the train, we would experience the pings and vibrations from PosturePal, telling us to keep our heads up straight. We asked Bruin if there were plans to offer a push notification instead.

“Notifications are planned for an update that’s coming out soon. But currently, I’m trying to understand why people would prefer a notification instead of a (more subtle) sound through the AirPods they are already wearing.” Bruin explains. “That being said, we will probably add a simple notification option that we can experiment with and get feedback on.”

Widgets have been popular since they arrived in iOS 14 and iPadOS 15, but they’re currently missing from PosturePal, which feels like an easy win. We asked Bruin whether they were coming. “Yes, definitely. We wanted to keep this first release small and focused on the user experience but you can expect a full history view, progress over time, widgets, and more.”

Bruin does see the app like a game, which you can tell from the cute giraffe and colorful user interface, so could leaderboards or multiplayer options to compete with friends and family be on the cards? “I’ve looked into Game Center Leaderboards, but since I have never built anything with that I did not want to go too far into the rabbit hole for the initial launch,” Bruin reveals. “Since the app keeps track of something you could consider ‘Health’ data, I am hesitant to put too much focus on sharing for now, but it’s definitely something to think about.”

Finally, the rumored Apple AR/VR headset could be a great fit with PosturePal in combination with the AirPods, so we asked Bruin if he thought the app would benefit from this peripheral when it’s released. “I’d expect any future headset to have similar APIs to track head/eye movement in a similar way, so that would definitely be interesting to integrate if it gets to that point.”