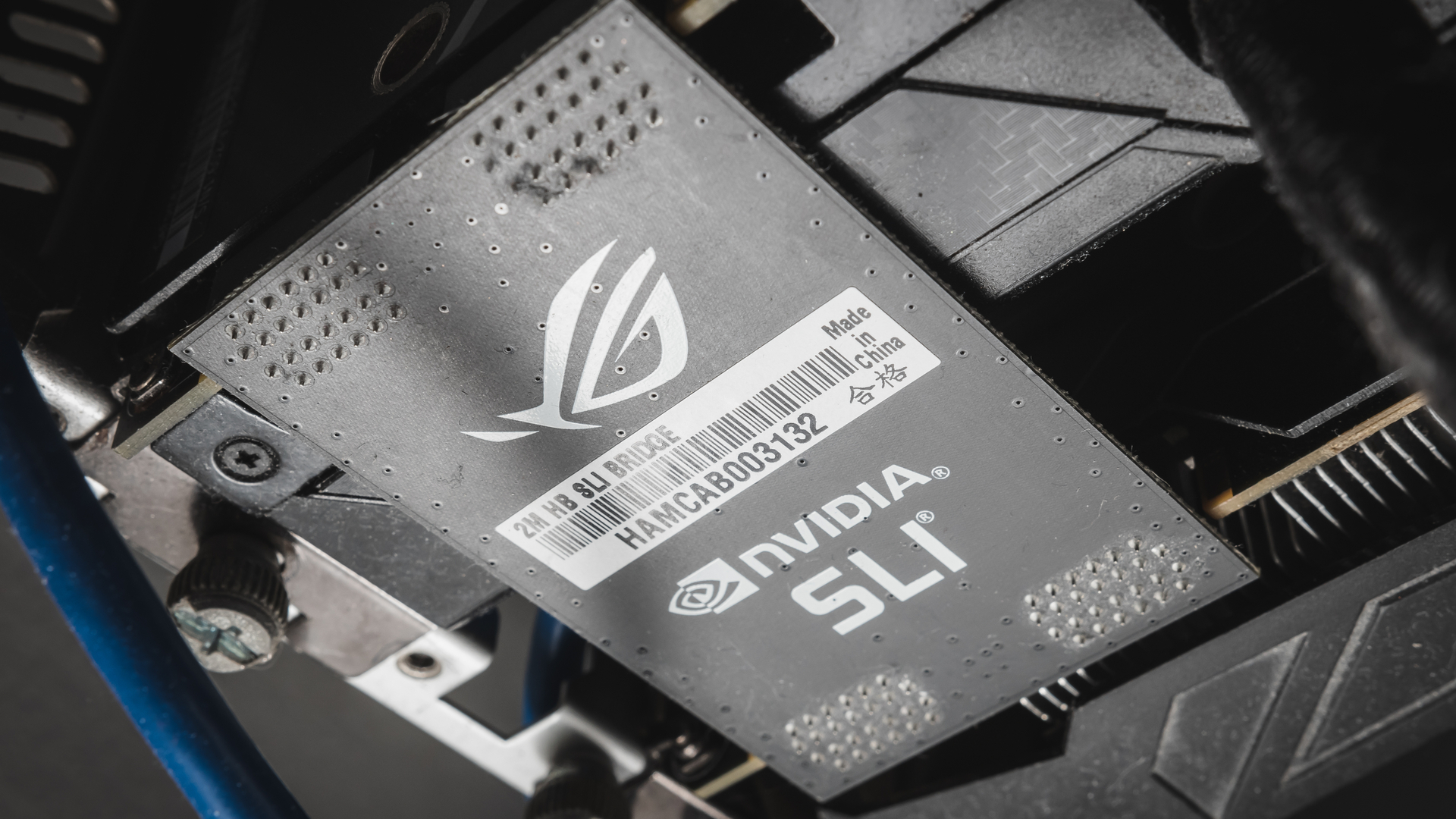 It looks like Apple may have solved a multi-GPU problem that has been plaguing AMD and Nvidia for years thanks to the UltraFusion interface it unveiled earlier this week, which allows two M1 Max chip to connect together to make a single M1 Ultra chip.

When Apple announced the M1 Max last year, it rather cunningly didn’t reveal that there was a hidden secret built into the chip. This secret was revealed earlier this week at Apple’s March Event, where the company revealed that it can combine two M1 Max chips, turning them into an M1 Ultra with double the power – including twice as many GPU cores.

Of course, Apple isn’t the first company to harness the power of two GPUs. For many years, Nvidia graphics cards supported SLI (Scalable Link Interface) – a high-speed link that allowed you to connect multiple GPUs at once for increased performance. AMD had a similar tech with CrossFire that did the same.

The problem with SLI and CrossFire was that they weren’t good enough to multiply the power of the PC by the number of GPUs installed. So, if you had two Nvidia GPUs in SLI, you didn’t get twice the performance.

Best case scenario would be a 90% improvement, but in many cases, it was more around a 50% improvement – and that performance diminished the more GPUs you added. The return in investment just wasn’t worth it for many people, then, especially if you paid for three GPUs, but got around the power of 2.5 GPUs instead.

Both SLI and CrossFire also added overheads to the PC, especially with the CPU, which impacted performance. There was then also an increase in power consumption, and therefore running costs and cooling considerations, and the amount of space needed inside a PC chassis and motherboard to accommodate multiple GPUs.

Finally, there was also an issue with applications, and especially games, offering poor – or non-existent – support for SLI and CrossFire. In some cases, a game would only use a single GPU, no matter how many you had installed.

So, it’s perhaps little surprise that CrossFire and SLI ended up being extremely niche features, and you won’t hear either AMD or Nvidia talk about them. In fact, Nvidia essentially killed off SLI a few years ago in favor of NVLink for its RTX cards. However, price and the fact that it’s hard enough trying to buy one Nvidia GPU let alone multiple GPUs, has meant this has remained unloved.

With the M1 Ultra, though, Apple appears to have addressed many of these issues. For a start, the UltraFusion connection has been designed to offer extremely low latency (essentially a delay in the transfer of data, and the lower the better) between the two M1 Max chips – with a bandwidth of 2.5TB/s. This is incredibly fast, and much higher than SLI or CrossFire ever offered.

The speed of UltraFusion brings numerous benefits, the most obvious being when it comes to performance, which is why Apple feels confident in claiming the M1 Ultra will offer twice the performance of the M1 Max.

By turning two M1 Max chips into a single M1 Ultra chip, Apple has also avoided the performance overheads that multi-GPU setups usually encounter. While the M1 Ultra is now the largest chip Apple has ever made, it’s still smaller than having  physical discrete graphics cards, allowing it to be used inside the compact Mac Studio, which was also announced at Tuesday’s event.

The M1 family of chips have also been acclaimed for their performance per watt, being much more power efficient than rival chips. This has allowed MacBooks with M1 chips to have longer battery lives, while keeping cool even when working hard, and the M1 Ultra continues this. According to Apple, the M1 Ultra’s GPU offers better performance than Nvidia’s mighty RTX 3090, while consuming 200W less power.

That’s certainly a bold statement, but in these days of rising energy costs, the power efficiency of our components is going to be an important consideration. Rumors suggest that Nvidia’s next generation of GPUs, such as the RTX 4080, will be even more power-hungry, which could make Apple’s approach look far more appealing.

Finally, Apple’s approach looks like it will pay dividends when it comes to software support as well. Applications will see the M1 Ultra as a single chip, meaning that no extra coding is required – support will be out of the box, allowing applications to take advantage of the extra power. This is a key difference that could prove to be a game-changer.

Speaking of which, while Macs aren’t traditionally thought of as games machines, games should also see the M1 Ultra as a single chip, allowing them to use the extra power. With the M1 Ultra apparently out-performing the RTX 3090, could Apple have just made a fantastic gaming GPU?

We’ll have to wait to test Apple’s claims ourselves, but it certainly sounds promising. Apple’s wins here could also spur Nvidia and AMD to revaluate their multi-GPU technology, which could lead to increasingly impressive performance for both gaming and professional use. We can’t wait.