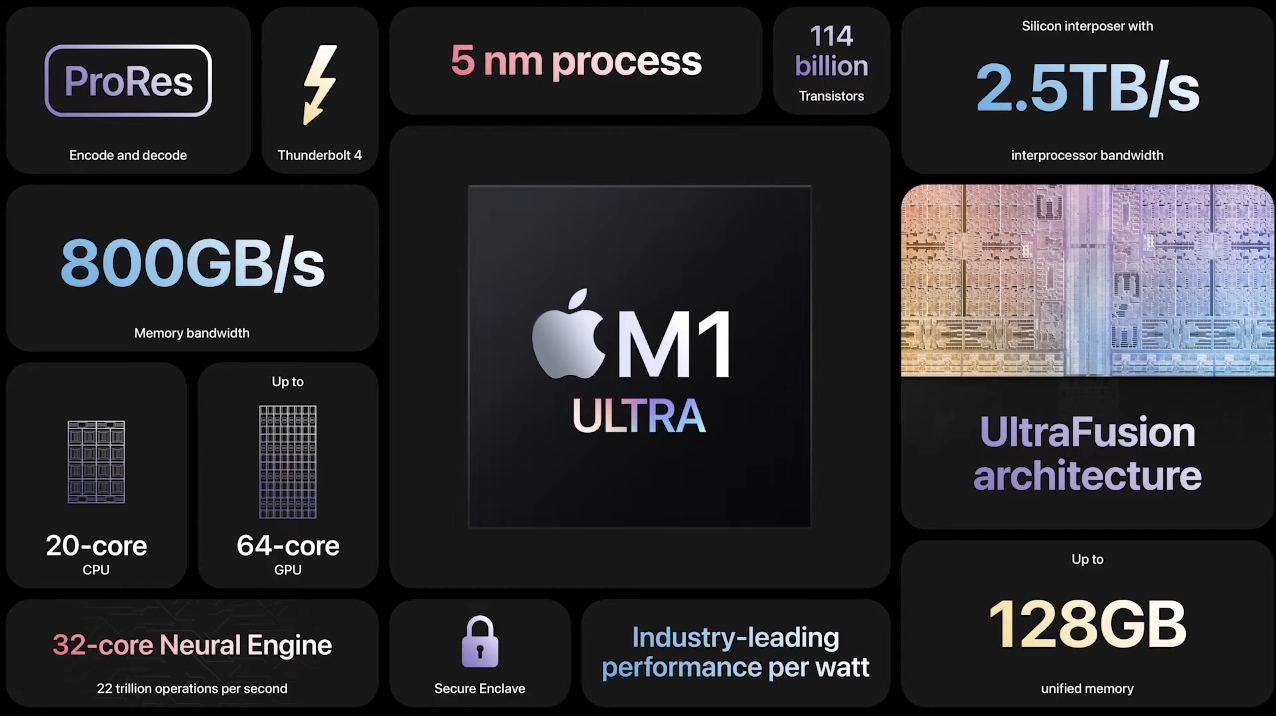 You can forgive Apple for getting so focused on its Apple Silicon update that it really believed we’d all get that “Peek Performance” was about looking at the incredible M1 Ultra performance promises and the hardware they’ve built around it.

That’s it. The head fake of the Greg Joswiak Tweet notwithstanding, this event on Tuesday, March 8, was a signal that Apple was narrowing its focus even further. Where once it was obsessed with hardware design and the various ways you can bend and flex steel, glass, and aluminum, it’s now focused on the silicon you can’t see but will surely feel the impact of all the systems Apple builds around it.

The silicon road ahead

The company has never been shy about its Apple Silicon plans, promising us two years ago that it would eventually migrate all its Intel-based Macs to its own SoCs. Today it has nearly made good on that promise, with all but one system (the Mac Pro, which will likely get there this year) now running an Apple M-class chip.

The 5-nanometer M1 Ultra’s specs, 114 billion transistors, 128GB of unified memory, 8000 GB/s memory bandwidth are all exciting and for pros and creatives a mouth-watering proposition.

Still, Apple’s new Mac Studio design, which is milled from a singular block of aluminum, is almost perfunctory. The story is not how this little box looks – it’s what it can do.

Same with the updated Studio Display which doesn’t appear much different from previous designs, but is now running essentially a tiny iPhone or iPad on the inside (it even has Center Stage for FaceTime).

Apple’s other major announcements were for a frozen design iPhone SE and a fixed design iPad Air.

The iPhone gets Apple’s bespoke A15 Bionic mobile CPU (not officially Apple Silicon) and the iPad Air gets the M1.

For Apple, the answer to that question is enough to excite. Design flourishes are, essentially, just that: flourishes that no longer mean much.

If Apple thinks that the iPhone SE is enough because the phone now has a much more powerful processor and 5G, then it’s willing to cede a little bit of its design leadership to others (not that anyone has really picked up that baton).

The Mac Studio is not a showpiece. It’s an insanely powerful system that will use its specialized air channeling system to keep it quiet during heavy workloads, letting the 3.5-inch x 7.7-inch box fade into the background.

The 27-inch Studio Display is flashier, but only because of the gorgeous screen and whatever you’ll run on it.

We did get a brand-new Mac, which is an exciting development, especially if you were itching for another option and wondered if the mini could be embiggened (size-wise and in performance) to take on truly herculean tasks. But we didn’t get a new category, which would’ve called for a completely new design, even design language, to consider. We got more variations on the known and a lot more Apple Silicon.

What Apple is fast becoming is a company that produces fast systems and thrilling, expansive services. The designs that used to elicit stares and barely-hidden obsession are no longer special.

Apple will still thrill with the M1 Ultra and Mac Studio. It will succeed in the marketplace when people rush to snap up these new systems, but this is a different Apple than the one I’ve known for 20-plus years. I guess I should get used to it.