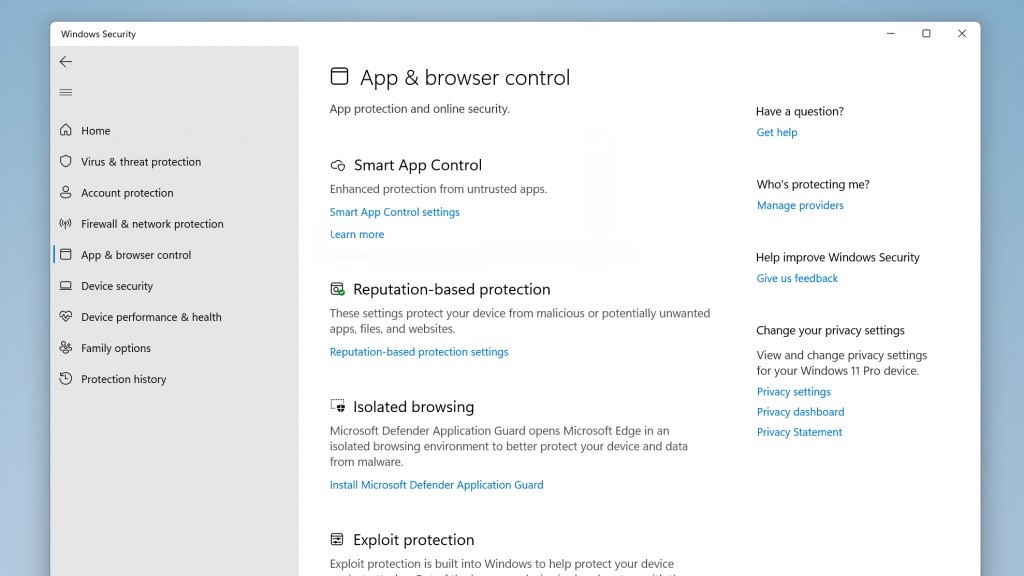 With the release of Windows 11 22H2 later this year, Microsoft is adding a new security tool that will help protect users from malware and other malicious apps being installed on their PCs.

According to a new post in the Windows Insider Blog, the software giant is currently working on a new security feature for Windows 11 called Smart App Control. Once enabled, it will prevent untrusted or potentially dangerous applications from being installed on your computer.

In addition to infecting your device with viruses, these potentially unwanted apps may slow down your device, randomly show ads, change the preferred search engine in your browser, install other software and more. Thankfully though, Smart App Control aims to stop them in their tracks by ensuring they’re not installed in the first place.

While deciding which apps shouldn’t be installed on a user’s PC can be difficult, Microsoft has developed a way to automatically detect and flag suspicious apps.

When Windows 11 22H2 begins rolling out to Windows PCs, Smart App Control will initially be configured in evaluation mode. When in evaluation mode, the security tool will determine if it can be help protect your PC without getting in the way and if so, it will be turned on automatically.

Once enabled, Smart App Control will scan any apps you try to install to confirm whether or not they’ve been signed by their developer and if the signature is valid. This helps determine if an app is trusted or untrusted as both large companies and even the developers of popular open source software sign their apps using a digital certificate in order to declare and verify their identity.

> Windows 11 successor could already be in the works

Smart App Control will then check the certification and if the signature is valid, the app will be able to run on Windows 11. However, if the signature is invalid, the security tool will then work together with Microsoft Defender to run another scan to find out if the app is known and safe. Unsafe and potentially dangerous apps are flagged by Smart App Control and subsequently blocked from being installed on your device.

Microsoft is in the process of testing out Smart App Control now with Windows Insiders but the feature will be available to everyone using the latest version of its operating system with the release of its upcoming Sun Valley 2 update for Windows 11.