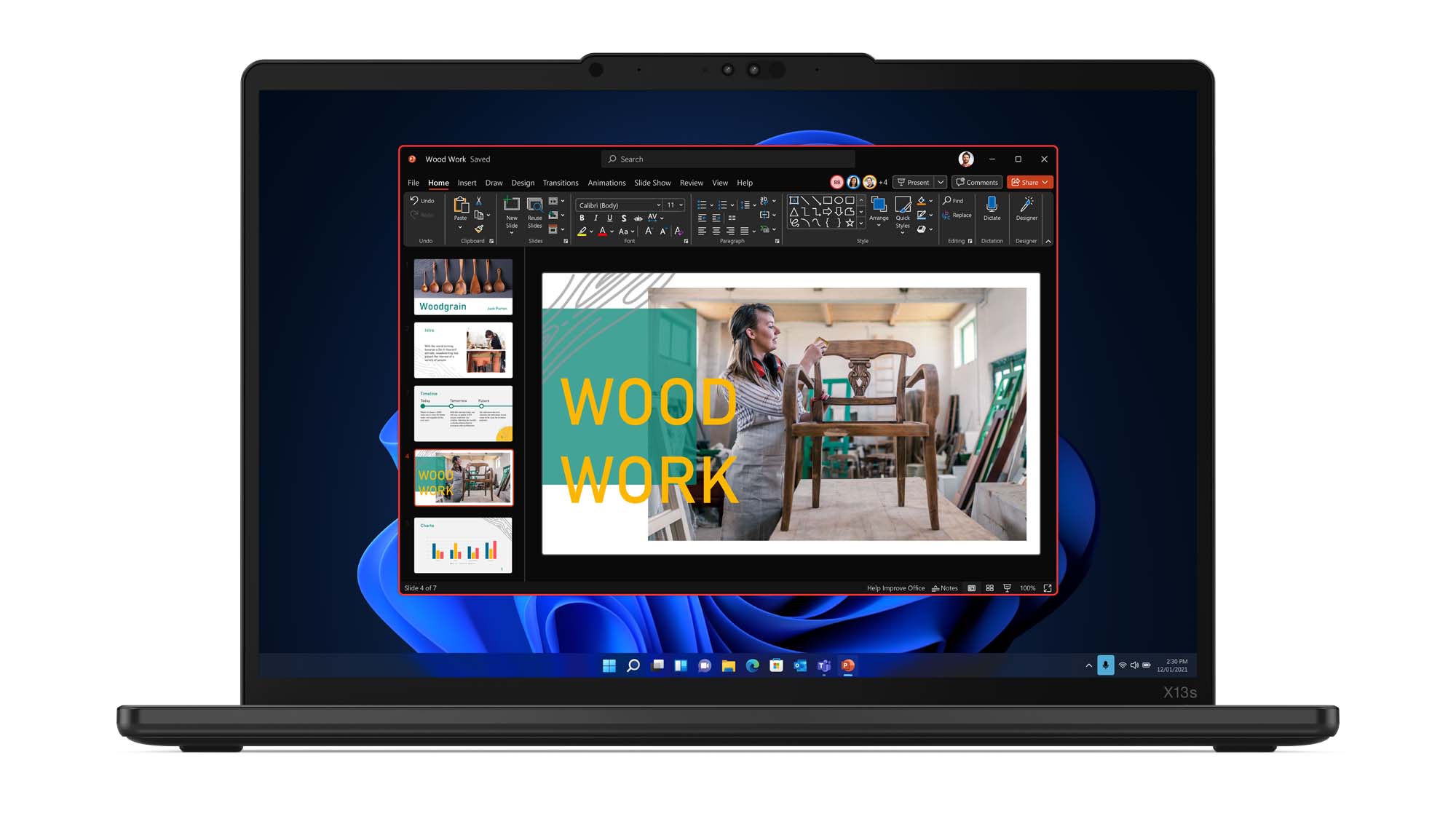 Windows on Arm has had a rough go of it for the last couple of years, but Lenovo is hoping to turn that around this year with the new Lenovo ThinkPad X13s.

This isn’t Lenovo’s first foray into Windows on Arm, but earlier efforts were held back by issues with the OS itself, including lack of compatibility with major apps like Adobe Photoshop.

Windows on Arm has come a long way since then. With Windows 11 on Arm, it’s ripe for a breakthrough – one that Lenovo is positioning itself for with its popular ThinkPad line.

Powered by the 64-bit, 5nm Qualcomm Snapdragon 8cx Gen 3 compute platform and running Windows 11 Pro, the ThinkPad X13s offers a slim and light form factor (about 2.35 lbs. and 0.53 ins thick) thanks to a fanless design that only ultra-efficient Arm chips are really capable of these days.

That efficiency also promises not just all-day but multi-day battery life, rated up to 28 hours. In our experience, Windows on Arm devices regularly hit 20+ hour battery life, so 28 hours isn’t at all out of the question, especially with a 49.5 WHr battery.

Throw in 5G connectivity, initially through AT&T and later this year with Verizon, and Wi-Fi 6E and we might be on the cusp of that always-on-always-connected experience that we’ve been promised over the years but have never quite been able to achieve.

The Qualcomm Snapdragon 8cx compute platform also features several enterprise-level security features and AI-powered acceleration. All together, the new Qualcomm platform is about 85% faster than its generational predecessor, with a 60% boost in GPU performance.

Whether these stats bear out remains to be seen once we actually get our hands on the ThinkPad X13s in a few months. Set for a May 2022 release in the US, the ThinkPad X13s will start at $1,099, with availability and pricing in other regions to come later as we get closer to launch.

Analysis: will we finally get a decent Windows-on-Arm laptop?

We have to admit, we haven’t been all that impressed by Windows on Arm. The devices running what was once considered a mobile-only platform tend to be poor performers overall, with their battery life being the only real saving grace.

A lot of the compatibility issues that they’ve had in the past have been worked out, however, and the success of the Apple M1 chip and the M1 Pro and M1 Max has demonstrated that the problem isn’t with the underlying Arm architecture, but with its implementation and the OS software that runs on it.

Hopefully, Windows 11 on Arm will prove to be a different animal than its predecessor, and we’ll see that long-hoped-for all-day performance.

All of that rests on how well the Qualcomm Snapdragon 8cx Gen 3 performs.

And given the generally high-quality product that Lenovo consistently puts out with its ThinkPad line, we can’t wait to get our hands on the ThinkPad X13s.