Apple patent describes a Mac that fits inside a keyboard

Apple patent describes a Mac that fits inside a keyboard 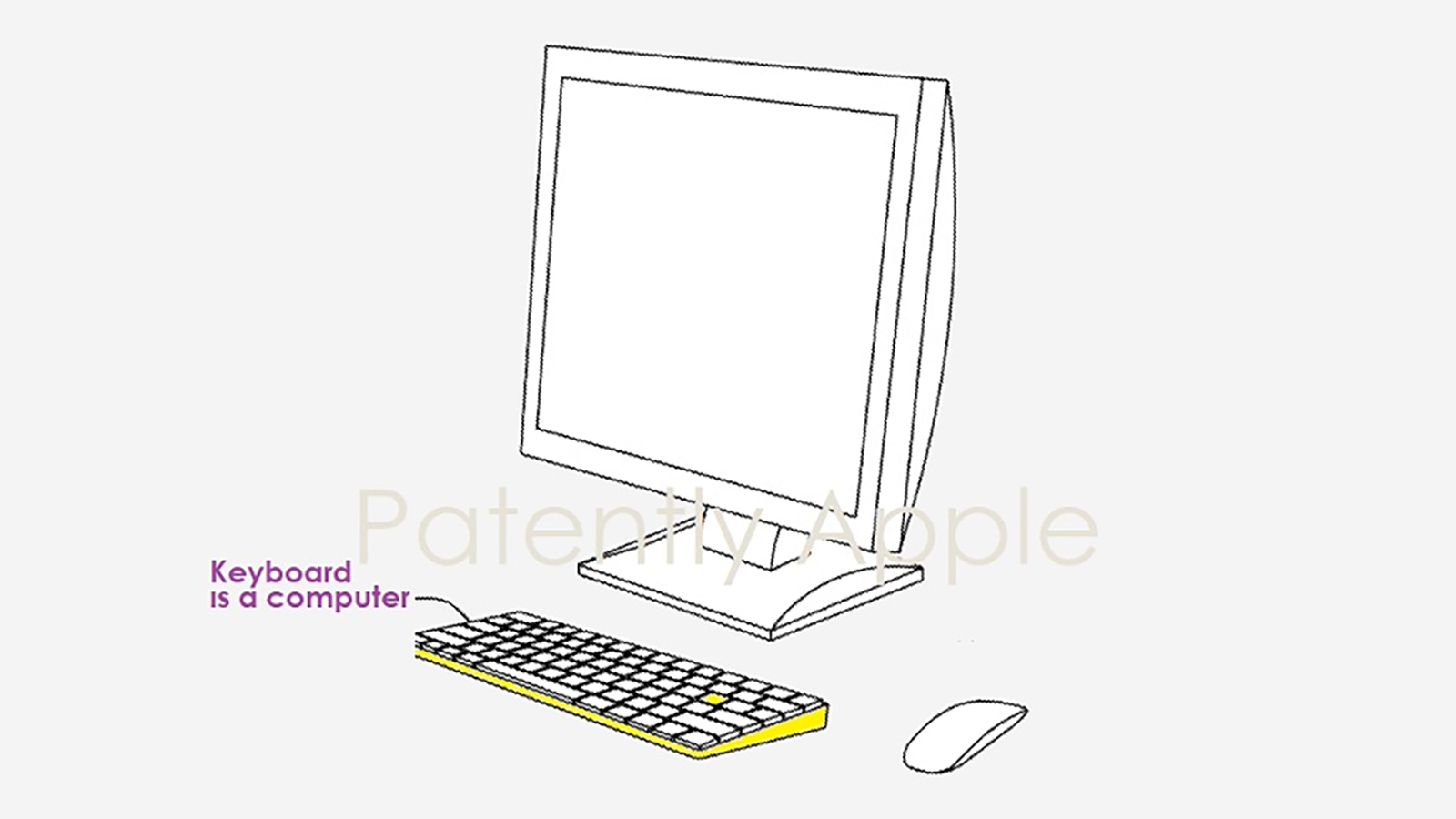 Ideas outlined in patents don’t always end up becoming actual products, but they can give us an interesting insight into what tech companies could be working on – and it would seem Apple is developing a Mac that fits inside a keyboard.

This is based on a patent spotted by Patently Apple (via 9to5Mac), entitled Computer In An Input Device. Essentially, the key components – processor, memory, storage – all get embedded inside a keyboard.

The idea is that you could take this keyboard with you as you move between the home and the office (or wherever it is that you need a computer), plug it into a display, and load up macOS. It’s sort of a Mac mini, in a keyboard shape.

Obviously, packing everything inside a keyboard means there are going to be constraints in terms of performance, local storage, and so on. But for simple, day-to-day computing tasks, it would probably work just fine. After all, there’s plenty of power in a smartphone.

The patent suggests that the keyboard could be manufactured from materials specifically designed to dissipate heat from the internal components. There would certainly have to be some clever airflow management with the electronics so tightly packed together.

A trackpad integrated into the keyboard is also mentioned in the patent filing, which would save you having to plug in a mouse. We’ll have to wait and see whether this is one of those patents that eventually becomes a finished consumer device.

Analysis: the benefits of tiny computers

Computers built into keyboards are of course nothing new, as anyone who remembers owning a Sinclair ZX Spectrum or Commodore 64 will know. The modern day twist is that these keyboards can be made thinner and lighter than ever before.

That improves portability, so instead of having to find room for a laptop in your bag, you only have to find room for a keyboard – the trade-off being that there’s no integrated display. You still need to find a monitor or a TV when you get to wherever you’re going.

As the Mac mini and countless other tiny computers have shown, there’s a lot of potential in these kinds of compact devices that you can take with you anywhere: from room to room, or office to office, or wherever it might be. All your files and apps move with you.

Apple already makes its own keyboards, though the Magic Keyboard might need some extra bulk to fit a complete computer inside. It’s bound to appeal to many users, even if it’s only going to be capable of basic tasks such as emailing or web browsing.