Nvidia’s RTX graphics cards are joined by an RTX… keycap?

Nvidia’s RTX graphics cards are joined by an RTX… keycap? 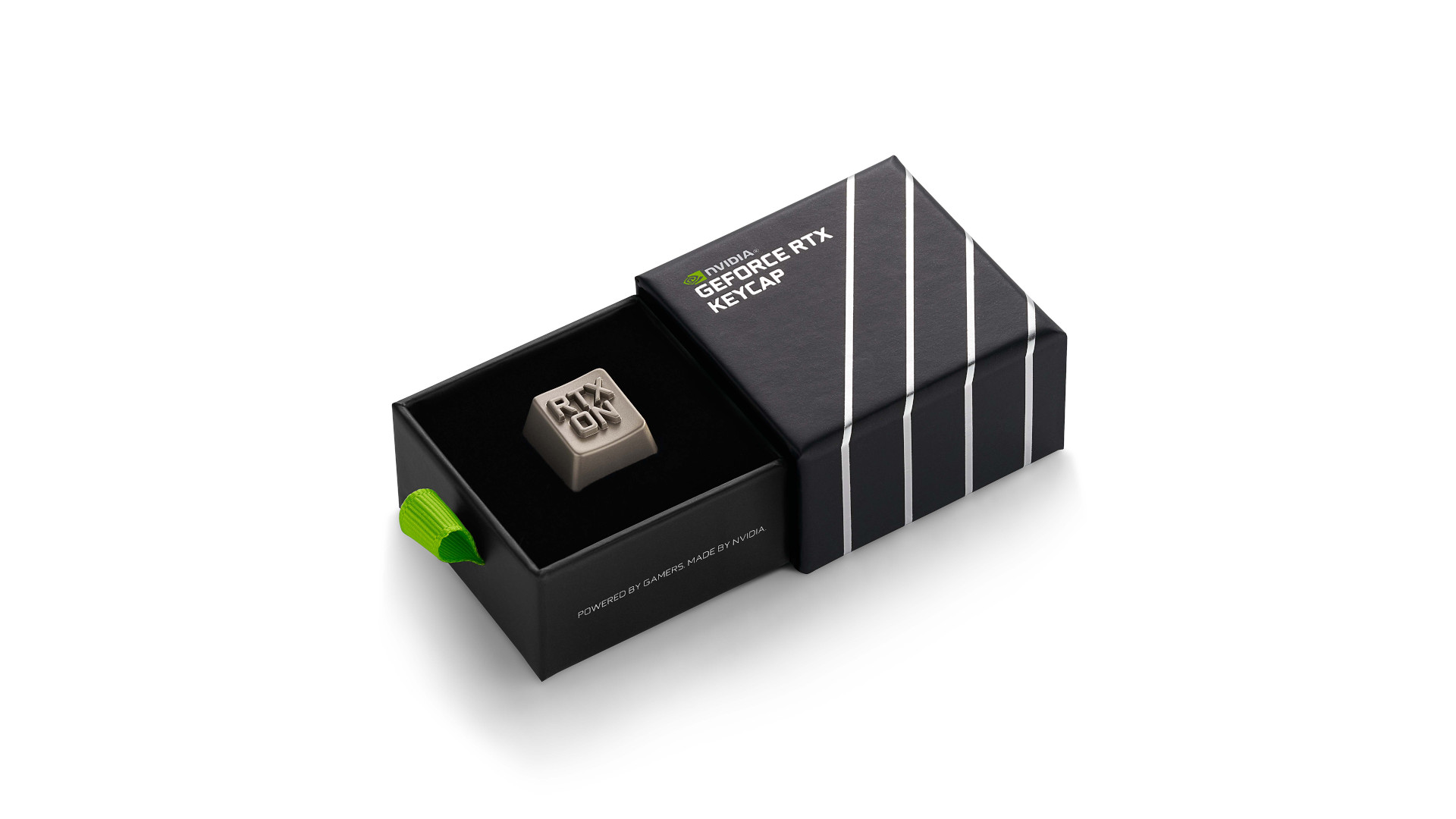 Nvidia has revealed a fresh creation in the form of an RTX keycap. A what-now? Let us explain…

According to Team Green, this brings the “magic of RTX technology… to your keyboard,” but it’s really just a keycap in brushed aluminum with the words ‘RTX ON’ emblazoned on the top. It won’t turn ray tracing on, but it will replace one of the keys on your keyboard (the Escape key in Nvidia’s press images) and provide a talking point among your gaming friends.

You can’t buy this keycap, mind – it can only be won, and Nvidia explains that over the coming months (through spring and summer), GeForce fans should watch the company’s social media feeds (that means Twitter, Facebook, Instagram) for “spot rewards and chances to win.”

Nvidia enthuses: “We’ll be looking for anyone who has a passion for games, graphics, and technology in our replies, and maybe we’ll send you a DM rewarding you with your very own limited edition GeForce RTX keycap!”

Analysis: As pointless as a broken pencil? Well, yes… but it looks nice

Ever heard of go-faster stripes (aka racing stripes, or thick lines) in the world of cars? Well, this is the keyboard equivalent of that – it won’t help your RTX GPU go any faster, but it’ll add a visual flourish to your PC to remind any onlookers that what they’re looking at is a capable and speedy gaming rig (well, hopefully, anyway).

As you can see in the image above, the keycap itself comes in a small presentation box, almost like a piece of jewellery such as a ring. Given the timing of this reveal – Valentine’s Day – we’ve got to wonder if Nvidia is drawing some kind of subliminal connection here? Maybe not.

Also interesting on the timing front is that we very recently saw an Asus ROG Strix keycap in the shape of a three-fan RTX graphics card, so, maybe one day there’ll be enough of these novelty keycaps out there to build an entire RTX keyboard (ahem).