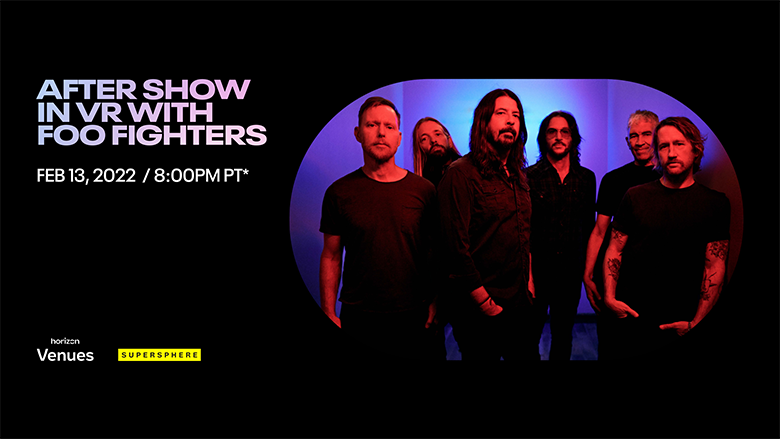 The hotly anticipated event promised to deliver a unique metaverse-fueled concert experience for Meta Quest 2 owners following yesterday’s Super Bowl. Given the popularity of similar concerts hosted by platforms like Fortnite, many expected this would be a massive PR win for Meta and its metaverse.

In reality, easily avoidable technical issues left many fans out in the cold.

The problem-ridden show was well-documented by Kent Bye on Twitter (the host of the Voices of VR Podcast). While his Twitter thread (which we recommend you read) highlighted some of the show’s best aspects, the majority of his tweets and the replies he received showed fans were unable to join due to confusing instructions (via UploadVR).

1/ THREAD covering the @Meta Quest Foo Fighters concert in VR, which had a horrible onboarding experience, the lobby crashed, & LOTS of people could not get in (see responses below).This pre-recorded concert started at 8:05p but Horizon Venues didn’t even open until 8p & crashed https://t.co/qqgNgQBKh8 pic.twitter.com/JYtCxncP3wFebruary 14, 2022

Analysis: Nothing From Something

Most online events, particularly those on a grand scale like this Foo Fighters concert, allow people to enter a virtual waiting room before the officially posted start time – typically opening this up about 30 minutes before showtime.

This prevents there being a huge impact on the servers with users flooding in all at once, which reduces the likelihood of participants experiencing crashes.

Meta decided to opt for a different strategy. As reported by Bye, no one could join the event until the well-advertised 8pm PT start time rolled around, and the pre-recorded concert began just five minutes later at 8:05pm.

At 8pm, more than 61,000 eager people would have received an invite to join the Foo Fighter’s After Show (roughly the number of people who registered their interest ahead of time), and, unsurprisingly, the lobby crashed due to the influx of users who tried to join in one big push.

Bye highlighted that there were other ways to jump into the concert through the Horizon Venues app, but this seems to have not been an intuitive solution for users or issues persisted there. At its peak, the max number of VR viewers only reached around 13,000 – less than a quarter of the people who wanted to attend.

Quest users who were able to join found themselves watching a prerecorded video of a concert, with sub-optimal viewing angles and camera operators walking about the stage. This made some feel like the Foo Fighters After Show was not the VR-first experience that had been promised.

In response to complaints on Twitter the VP of Horizon, Vivek Sharma, cited that problems were caused by “unprecedented” demand. Adding that further opportunities to see the show would be available for those who missed out the first time.

However, we find these excuses to be pretty weak coming from a multi-billion dollar company – especially one that has been heavily advertising this concert and its VR services in the run-up to, and during, the Super Bowl.

This was a major chance for Meta to highlight the potential of its Horizon platform, and it sounds like it tried to make it a memorable free experience.

Attendees who found themselves watching in VR were treated to effects that immersed them in the showcase, and the 45-minute setlist gave Foo Fighters fans plenty of time to rave to tracks that are rarely played at live concerts.

Meta’s show was much longer than we typically see for free concerts held in virtual spaces, and the company tried to maintain a high level of polish on the production – this should have been an easy win.

Unfortunately for Meta, yesterday’s shenanigans serve as a reminder that you have to walk before you can run. If Meta is going to keep up on this metaverse trend it needs to ensure it gets the basics of hosting online events right first.

Because what’s the point of hosting a concert if no one is around to hear it?