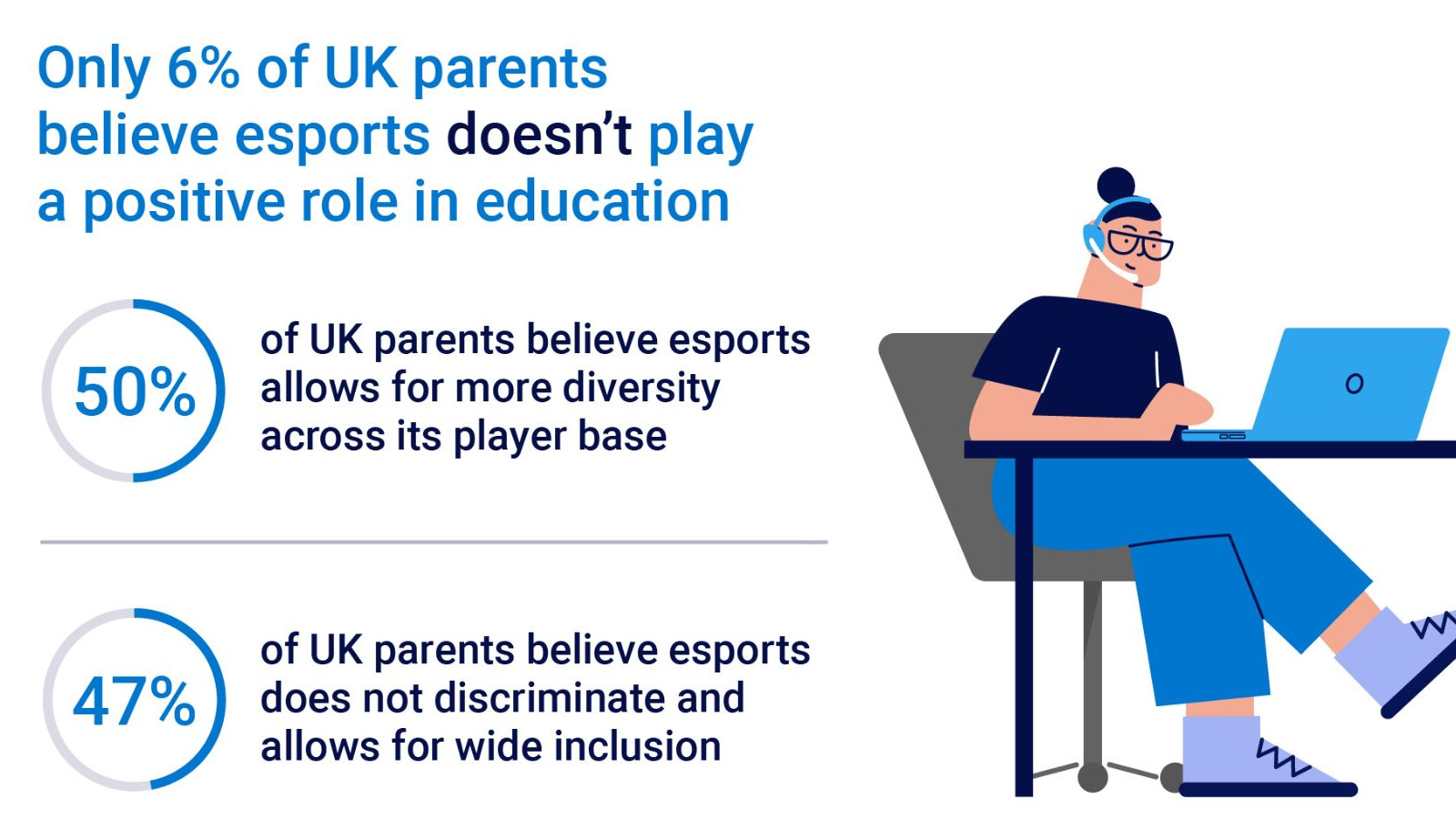 If I had told my parents that I wanted to study competitive gaming at college, I can only imagine the explosive reaction I would have experienced. Luckily, public opinion on gaming has changed considerably since I left school back in 2010, and an interesting twist of fate has resulted in my younger sibling actually experiencing that hypothetical scenario late last year when they announced that they were going to study esports. To my surprise, I was the only family member who objected to the idea.

For those not in the loop, esports is an abbreviation of ‘electronic sports’ that refers to competitive video gaming. I was harboring the same reservations that I assumed my parents would – that the chances of a career as a ‘professional gamer’ were slim, and that chasing such a dream came with too many risks. I tentatively suggested safer (albeit more boring) course options that I believed would offer more useful career skills, but was quickly shot down not only by the rest of my siblings but also by both of my parents.

As it turns out, they’re not alone. A UK study from Dell Technologies found that 48% of parents believe esports should be added to the school/college curriculum, while 69% think esports could allow their child to develop skills that they might not get through traditional education methods.

In fact, it’s not just parents who had a positive view on esports within education, as alongside the 1,500 parents polled in the study, an additional 500 financial decision-makers such as headteachers and department heads, also expressed a positive view of the subject, with a whopping 79% believing it should be taught in schools.

Not just for the rich kids

The same data does also confirm a few suspicions I had though, with only 32% of the same parents expressing they would be happy for their child to pursue a career within esports, and 67% admitting that their own lack of education regarding the subject made it difficult to discuss. Given the seemingly explosive rise in popularity during the last decade, this is an understandable concern and one that I myself had fallen into despite actively watching and supporting the esports industry.

A trap I had fallen into was that of thinking these kids would literally be sat down in front of an expensive gaming system for 8 hours a day learning in-game skills for League of Legends, Dota 2 and other popular competitive titles. In reality, the courses created by the British Esports Association are well balanced, teaching essential skills that are easily applicable outside of a gaming environment such as social media marketing, broadcasting, business planning and event production.

Being introduced to these skillsets can connect to a wide variety of careers, so that even if the student chooses not to pursue esports following graduation, they have the means to enter the world of community management, game publishing and marketing, just to name a few. In fact, that same sibling that expressed an interest in the esports course has since left to instead pursue journalism and broadcasting after falling in love with shoutcasting (a style of live broadcast commentary born from esports).

One of the biggest concerns I had outside of how beneficial these courses would be long-term was also regarding how diverse they are. After all, consoles, gaming computers and laptops are incredibly expensive, and not every family has the luxury of providing that kind of hardware, which could effectively exclude those from low-income families or the care system from ever applying in the first place.

I was fortunate enough to discuss these concerns with Camilla Maurice, who runs an esports course at Mid Kent College. She expressed that not only do 70% of parents believe that esports promotes inclusivity, but also that the hardware required to actually join the course was much more affordable than I initially assumed as most of the expensive tech required for both gaming and streaming is often made available on campus. She affirmed that “Kids only really need access to a laptop or tablet to complete coursework, so the hardware they need at home isn’t too different from that required by any other course”.

Finances aside, this wasn’t the only inclusivity issue I had concerns with. While gender-targeted discrimination is rare in professional matches, you’ll be hard-pressed to find a female gamer who hadn’t experienced toxic behavior because of their sex in online game lobbies. I myself no longer play any competitive titles because of this, so I was relieved to hear that this is something being addressed within the courses currently being run.

Gary Tibbet, an educational manager for the British Esports Association informed me that toxic behavior is addressed with the curriculum, stating “we have a zero-tolerance policy on toxic behavior of any kind. Attacking someone based on anything from their sex or in-game skill isn’t permitted. We’re seeing a much more inclusive environment within colleges these days as people start to understand that their classmates are there because they share a common interest and passion”.

It seems that alongside skills that will be genuinely helpful outside of gaming, people attending these courses are also learning how to have a healthy relationship with online spaces and competitive environments. Regardless of your feelings towards kids yearning to be ‘pro gamers’, nipping trollish and toxic behavior in the bud is a positive step forward.

It’s likely that global Covid-19 related lockdowns have also helped to foster some positive attitudes towards hobbies like gaming too. With families trapped at home, parents have had a great opportunity to understand more about esports and gaming from their children, reducing the stigma associated with them. After all, outside of video calling platforms like Zoom, online gaming offered the opportunity for children to interact with their friends during a period of time when nobody could leave the house.

The last few months have certainly opened my eyes to an educational prejudice I wasn’t aware I had. Hypocritically, my own degree specialized in prosthetic makeup and wig making, which is a far cry from writing about computing and gaming, but you’d be surprised at how well the skillsets for the two can overlap.

Yes, it’s statistically unlikely that every graduate of these courses is going to become a famous esports athlete, but they could be production managers, journalists, and much much more, all while having a healthier relationship with gaming at their age than the previous generation. As the esports and gaming industry continues to grow, we’re gonna need a lot more of that.