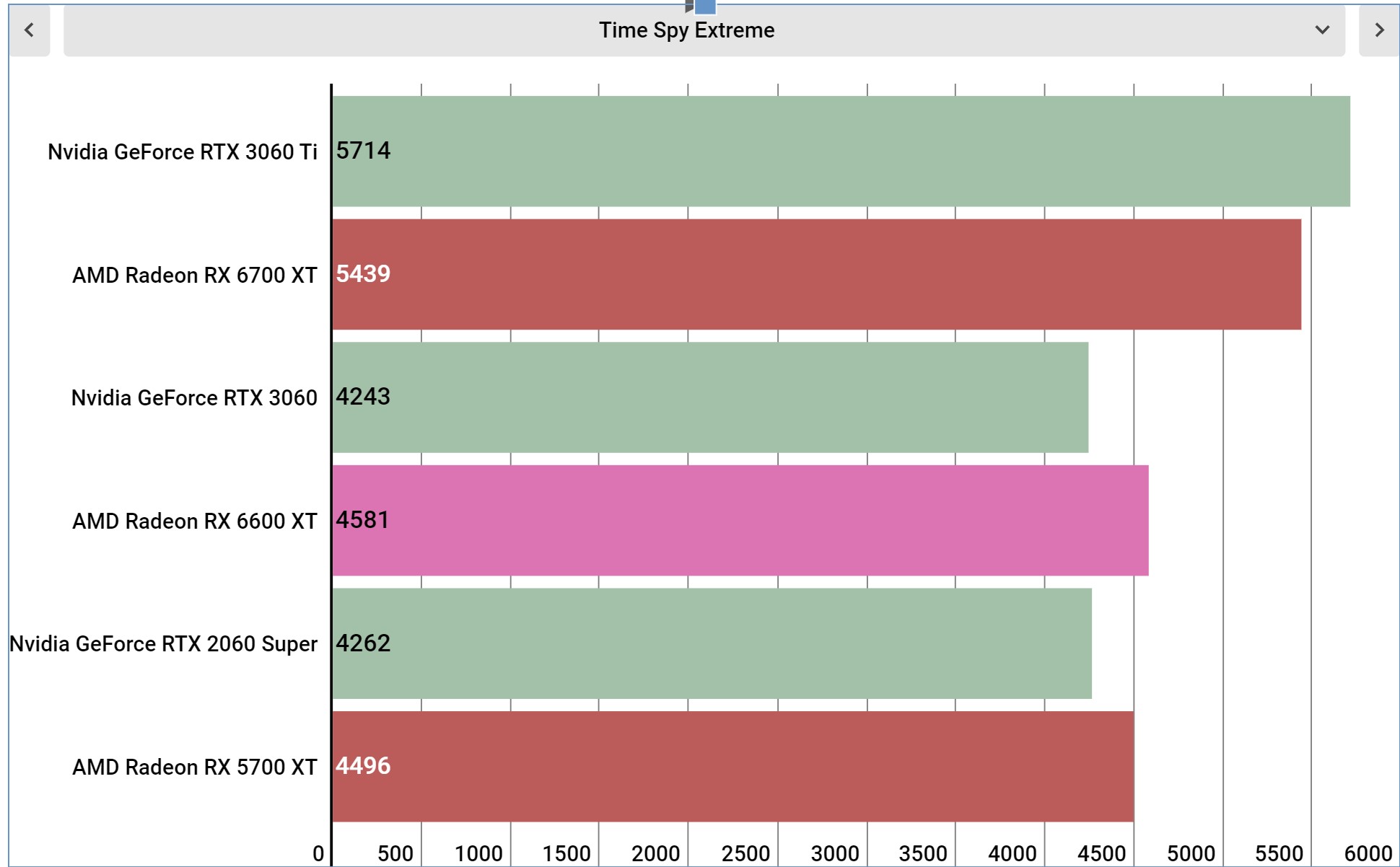 The RTX 3050 launched last week, and to the surprise of absolutely no one, sold out in about 10 minutes flat. Long story short, budget gamers looking to spend as little as possible on a decent GPU were left reeling yet again.

The lack of RTX 3050 stock has left me wondering – what is actually the best deal right now? Yes, graphics card prices remain eye-wateringly high but things are getting desperate. To cut a long story short, if you really (like really, really) need a GPU right now then I think your best bet is the AMD Radeon RX 6600 XT.

In the UK especially, we’re seeing plenty of stock for this card for the £449 to £499 range. That’s freaking pricey considering you could get a mid-range card for £299 a few years ago, but in today’s market that’s actually somewhat reasonable – and yes, I’m not joking when I say that.

In the US, you’ll be looking at paying around $669 to $699, which is a harder sell. It’s worth noting, however, that the GPU market in the US is very much more inflated than in Europe, where prices have been dropping for a while.

So, why do we recommend this card? Well, the main reason is how favorably it stacks up against the Nvidia RTX 3060 and RTX 3060 Ti – which, in a normal graphics card market, are supposed to be its main mid-range rivals.

Here’s the thing – at launch the RX 6600 XT’s supposed MRSP of $379 / £270 looked like a really hard sell versus the competition. It was just 5% cheaper than the more high-end RTX 3060 Ti but lagged behind in outright performance, especially when it came to Ray-Tracing.

Let’s face it, the RX 6600 XT can’t hold a candle to the raw power of the Ti version, but versus the standard RTX 3060, it’s arguably a better card.

In our head-to-head testing, the RX 6600 XT snuck out a lead versus the 3060 — especially with outright benchmarking performance and 1080p gaming. Where things are closer between the cards is Ray-Tracing performance, where Nvidia still has the lead on AMD, for now.

Here are our benchmarking results from our RX 6600 XT review:

Will graphics card prices get better though?

There is one thing that’s stopping us from saying “go out and buy this card” outright – it’s that it’s incredibly hard to forecast the GPU market going forward. As we’ve previously mentioned in this post, prices appear to be improving in Europe right now and I’ve also argued previously that graphics card prices will fall elsewhere in 2022.

Against that backdrop, holding out is definitely a viable option. Whether it’s the right time to buy a GPU for you is going to come down to your situation – mainly how bad do you need an upgrade right now. If your old card has given up the ghost and you desperately need a replacement, consider going with team red. The RX 6600 XT is pricey but it’s the best bang for the buck option on the market currently for mainstream gamers.

And, considering AMD prices have generally been more reasonable over the past two years, and that demand for green cards is likely to stay higher, it seems likely that the RX 6600 XT will stay cheaper than its rivals – at least, for now.

If you’re interested, here are the best prices we’ve found on the RX 6600 XT today:

And, for context, here are the cheapest RTX 3060 prices we’ve found: