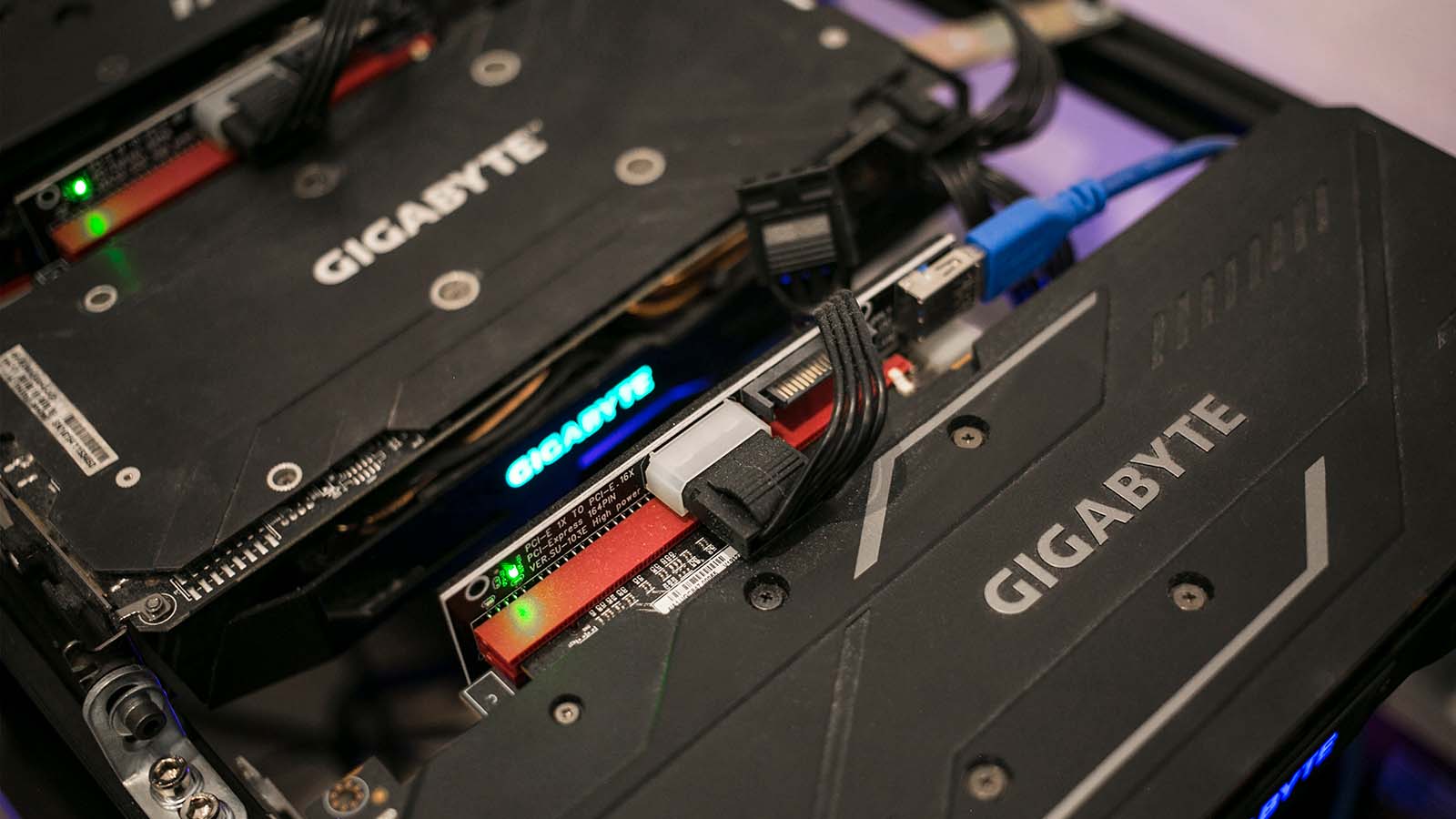 At the risk of sticking my neck out, I’m going to say this – I’m cautiously optimistic for graphics card prices in 2022. Yes, things are bleak. Yes, things can only get better. But, there are glimmers of hope on the horizon this year.

Like many of our readers, I’m a long-suffering PC gamer trying to make last-gen’s cards stretch just that little bit further. I’ve been running an AMD RX 480 since 2016 and I’ve watched the release of the Nvidia RTX 3050 with bated breath wondering will this finally be the one?

Long story short, I held out and the card sold out – quickly, I might add. Still, a lucky few managed to get a decent card for just $249 this week. For gamers everywhere that’s fantastic news. For too long now we’ve had to settle for buying second cards from way-back-when or settle for horrendously price-gouged budget GPUs.

Better yet still, several sites have reported that the GPU market is finally stabilizing, if not outright improving just yet. This, alongside developments in the Crypto market, has me cautiously optimistic. I want to believe, and there’s finally evidence to suggest this year it might be possible to build a gaming PC without selling a kidney or remortgaging your house.

Supply, and the increasing cost of silicone

Now, before we get into it, for the sake of balance it’s important to quickly cover a few counterpoints to what I’ve suggested above.

First up, the fact is that both Nvidia and AMD (and Intel, for that matter) are facing increasing manufacturing costs this year. TMSC, which is the Taiwanese semi-conductor firm that most of the big silicone giants use for their latest chips, has quoted increases anywhere between 10 to 20%, depending on the process.

Off the bat, that right there does not look good for graphics card prices in 2022. It’s giving retailers and vendors another excuse to hike up those prices even before they hit the shelves to face the scalpers. Before I sound conspiratorial – many have speculated that the numbers over the past year simply don’t add up.

YouTube channel TechLens for example in a post from October 2021, found that even with increased manufacturing costs, import tariffs, and shipping costs, prices were still inflated. It straight-up sucks that retailers would join in on the GPU price gouging but it seems there’s evidence to suggest that that’s partly the case.

Manufacturing costs aside, It’s also worth noting that GPU prices have fallen in the past year, only to sharply rise again in conjunction with developments in crypto. Prices peaked over May last year, fell dramatically in July, but then steadily rose again throughout the year to November – after which they’ve shown signs of slowing down again. In short, it’s a rollercoaster ride that no one’s been able to predict with any certainty.

Back to the RTX 3050 launch specifically. Yesterday, cards were generally priced around the $250 mark to the $440 mark, with the cheapest being $249.99 for single-fan low profile cards with reference clock speeds. The priciest card was the ASUS ROG Strix GeForce RTX 3050, which went for $489.99 according to Tom’s Hardware.

No surprises – all of these cards sold out in both the US and UK (our main areas of operation) within hours, if not minutes. In particular, the beefier cards with aftermarket coolers tended to go the quickest, although that’s just based on our own anecdotal observations – for all intents and purposes, most cards were gone in a flash.

While that’s not exactly good news for anyone hoping to snap up a card, the fact remains that some lucky people did in fact manage to snag themselves a pretty capable card for $249. That alone bodes well for graphics card prices in 2022, although we think there are stronger indicators for a positive change this year.

You see, even though the RTX 3050 expectedly flew off the shelves this week there’s actually another card that’s a better indicator of where the market is going – the AMD Radeon RX 6500 XT.

Now, before you say ‘TechRadar, that card is absolutely dreadful’ let us say – ‘yes, it absolutely is’. Its performance is on par with mid-range cards from 2016 / 2017 and it’s literally the same $220ish price at launch. That, however, has meant that as of writing this card is still in stock at Amazon for $299 – even a full week after its release.

Yep, we’ve finally got a new graphics card that’s so bad that even the scalpers aren’t bothering to horde them. Hyperbole aside, however, this is the first launch we’ve seen in over a year that’s resembled anything normal – and gamers should see that as a positive change for 2022. It’s a bad card, sure, but we’ve seen equally bad (and older) cards go for more over the past year, even on the second-hand market.

There’s also the fact that we could be seeing major changes in the Crypto market for 2022. As of writing, both Bitcoin and Ethereum are currently facing a slump in value (I’m wary of calling it a crash) and the latter is also set to move to proof of stake this year. While it’s almost a certainty that cryptocurrencies aren’t going anywhere fast, the most heavily mined coin moving to an infrastructure where GPU mining is no longer profitable is eye-wateringly good news for gamers.

And, even better still the heavily rumored Intel Arc GPUs are on their way this year. Will they be the silver bullet? Let’s face it – it’s not likely, although more competition and demand from the silicone giants has generally always been a win for consumers.

So, what am I getting at here? Well, right here is the bitter truth of graphics card prices in 2022; demand is going to stabilize, overall prices are going to fall, but we’ll likely still be faced with poorer choices circa pre-2020. I base that on the launch of RX 6500 XT, the RTX 3050, and the observed stabilization in GPU prices from well-known tracking sites like Tom’s Hardware, TechSpot, and 3D Center.

In particular, the Tom’s Hardware article highlights something very interesting – not only are cards starting to get ever-so-slightly cheaper on eBay, but the overall number of transactions is now trending down. If demand is falling, surely we’ll see prices following soon enough.

An optimistic but realistic prediction for 2022 is we’ll no longer be paying two to three times MSRP for a card but closer to 30% more by the end of the year. We’re already seeing markups as low as 59% for some higher-end AMD cards new, so I don’t think it’s wildly unrealistic to expect this if demand stabilizes.

I can’t believe that’s an optimistic prediction, but here we are – we’re arriving in a sort of post-crypto dystopian landscape, at least for gamers. I’d mirror my colleague Jackie’s thoughts that budget PC gaming is dead for six months at least but there are at least glimmers of hope for those who want to spend less than $500 on a GPU. That said, it seems very unlikely we’ll see a return to the good old days when you could get a GTX 1060 or RX 580 for $250 at launch. A man can dream, though…