Steam Lunar Sale has Back 4 Blood, Sekiro and Valheim at cheapest ever prices

Steam Lunar Sale has Back 4 Blood, Sekiro and Valheim at cheapest ever prices 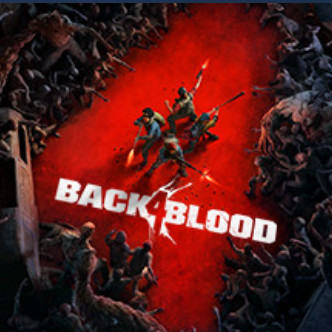 Steam’s New Year Lunar Sale has kicked off ahead of the start of the Year of the Tiger, and it runs from now until February 3.

That means you have less than a week to grab any particularly tempting bargains which catch your eye.

There is, as ever, a sea of price-cutting throughout Steam’s massive library of games, and you’ve doubtless been spammed about all the titles on your wish-list which have been hit with the discount stick.

Aside from those obvious points of call, we’re going to highlight what we believe are some of the best bargains in the Lunar Sale, before picking out a small selection of show-stealing deals in the boxes below.

Our first thought, having recently enjoyed season two of The Witcher on Netflix, is if you haven’t yet picked up The Witcher 3: Wild Hunt, then this top-class RPG is 80% off (and even cheaper if you don’t get the GOTY edition – but we would recommend you do pay a bit more for GOTY, as the content is well worth it).

Some other highlights include Resident Evil Village which is 50% off, and Outriders at 67% off, then there’s Control Ultimate Edition with a 70% discount.

Deep Rock Galactic is half-price, as is Cyberpunk 2077 and Red Dead Redemption 2, and another title in the 50% off club is Horizon Zero Dawn, plus Valheim is now 25% off (the cheapest we’ve ever seen it).

Some of the bigger discounts include Warhammer: Vermintide 2 at 75% off, as well as XCOM 2 with a 90% price cut, and Mount & Blade: Warband which has been reduced by 75%.

Back 4 Blood: 40% off at Steam
This co-op shooter takes the baton from Left 4 Dead as its spiritual successor, but updates the zombie-killing experience with a fresh feel and a high replay value. This is the biggest reduction we’ve seen on Back 4 Blood, and better than the 30% price cut in the last sale.

Sekiro: Shadows Die Twice – GOTY Edition: 50% off at Steam
Sekiro was 35% off the last time we saw it in a Steam sale, so this is a sizeable – and very welcome – jump to half-price. It’s an even trickier beast to tackle than FromSoftware’s previous outings (which is saying something), but if you want a serious challenge from a video game, well, here it is (and at least your wallet won’t be as taxed).

It Takes Two: 50% off at Steam
If zombies aren’t your thing, but co-op games are, never mind Back 4 Blood, check out this gem. From the makers of A Way Out, another great co-op outing, It Takes Two is a platformer with a huge sense of fun, clever game design, and really meaningful co-op mechanics.

The Outer Worlds: 67% off at Steam
This critically acclaimed sci-fi RPG is quite the bargain at two-thirds of its normal price. Take a dystopian future, add in plenty of dark humor, and you’ve got a great take on a Fallout-style adventure.