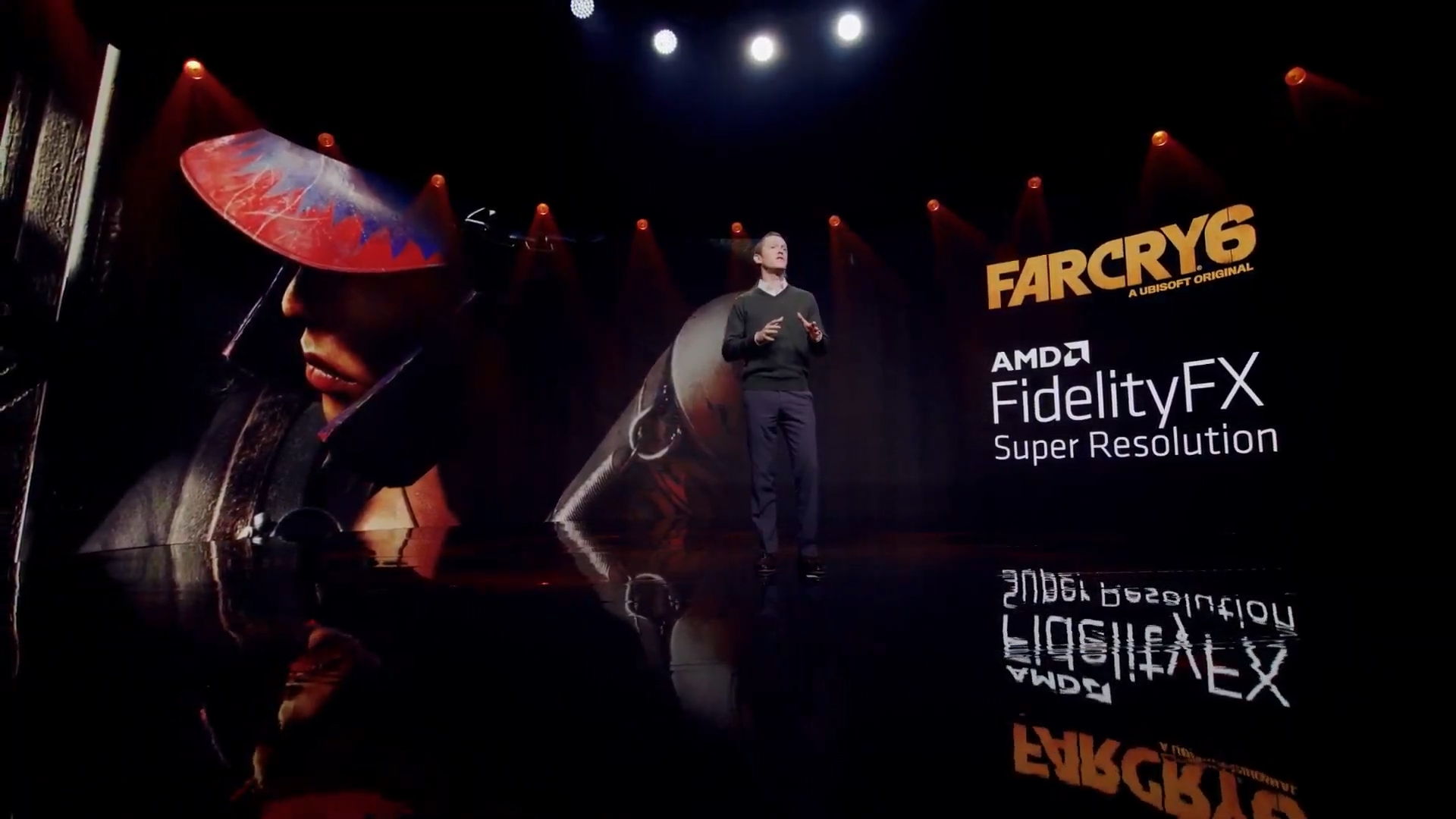 AMD’s desktop Ryzen 5000 CPUs have already been giving Intel a run for its money in PCs, and now it’s taking the fight to laptops, where Intel traditionally has a huge advantage when it comes to market share.

At AMD’s CES 2022 keynote presentation, hosted by Dr Lisa Su, we got a glimpse of the new lineup of Ryzen 6000 laptop CPUs, which use the Zen 3+ core architecture and made with an optimized 6nm process.

This, AMD claims, allows the new laptop processors to not only be more powerful than previous mobile chips from the company, but also more power efficient, bringing some impressive battery life claims.

AMD is also claiming that these processors will be ideal for gaming laptops, as they now come with its RDNA 2 built-in graphics – which the company claims is up to twice as fast as its last gen integrated graphics.

With a new display engine, AMD claims it’s the “world’s first on-chip graphics that can smoothly play the vast majority of PC games in full HD”. We’re sure Intel will have something to say about that, especially at its own CES 2022 showcase later today, but AMD is suggesting that you could play modern games at 1080p without the need for a dedicated graphics card.

That’s an impressive boast, and if realized could mean thin and light gaming laptops that can handle graphically-intensive games with relative ease (with HDR and AMD FreeSync support to boot). It could also have big repercussions for budget gaming laptops, as without a dedicated GPU, laptops should cost less.

As is usually the case, AMD showed some (no doubt carefully selected) charts which show how the high-end AMD Ryzen 7 6800U performs in certain games against the Intel Core i7-1165G7, claiming up to three times the performance in Doom Eternal at 1080p with low settings, and up to 1.8 times the performance at Fortnite at 1080p at medium settings.

Clearly, you won’t be able to play intensive games like Far Cry 6 at ultra settings and get a good experience, but for an integrated GPU, those are some impressive claims. However, with AMD’s FidelityFX Super Resolution tech, the company is promising around 59fps (Frames Per Second) at 1080p with medium settings (a performance increase of over 50% compared to having FidelityFX turned off, according to AMD).

We look forward to testing AMD’s claims out ourselves later.

AMD is also claiming that the power efficiencies of the Ryzen 6000 processors should result in very impressive battery lives for laptops, with up to 24 hours when playing local videos, apparently.

New power management features and a new adaptive power control framework should enable these processors to only use lots of power when they need to, conserving power (and battery life) when not being used for intensive tasks.

With laptop battery life being some people’s biggest concerns when buying a new device, these promises are pretty exciting.

With over 200 ‘premium’ laptops expected to release in 2022 with AMD 6000 series mobile processors (starting in February), AMD certainly seems to be putting the pressure on Intel when it comes to laptops, and that could cause Team Blue some real headaches, unless it has something up its sleeve to compete – which knowing Intel, it will have.

This means CES 2022 is one of the most exciting conferences yet for laptops.