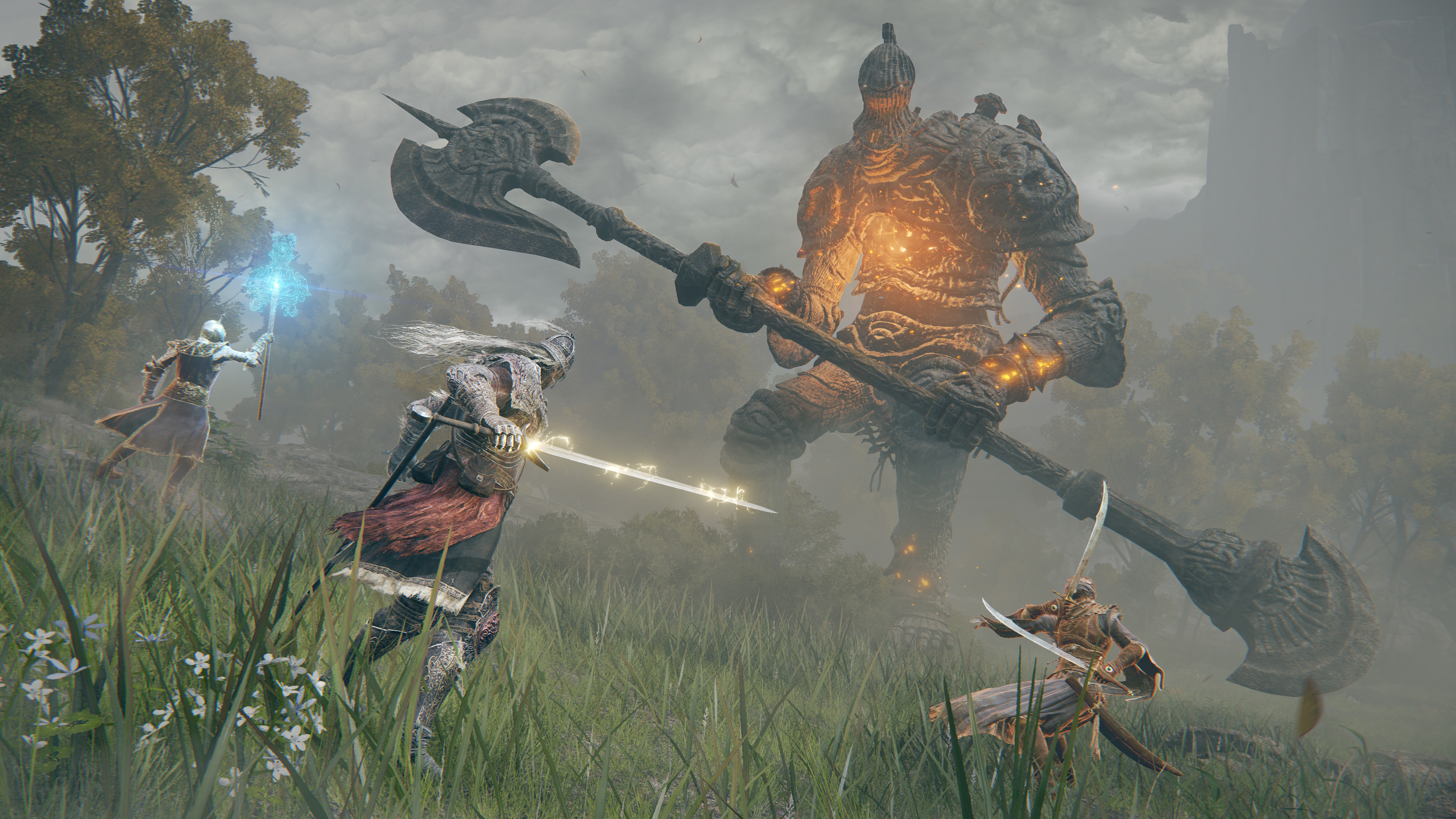 A new year is upon us, and while we can’t be sure it’ll be a good one or that we’ll keep to the many resolutions we make, we can trust it to deliver an array of excellent titles.

The forecast for new PC game releases in 2022 has been looking bright and primed to be one of the best years for gaming in a long time. So, we’re here to let you in on some of the titles we cannot wait to get our hands on.

While we wait for these titles to arrive, make sure you check out the best PC games you can already play.

This one’s a no-brainer: from the moment Elden Ring was announced, along with the knowledge that George R.R. Martin (the genius mind that brought us A Song of Ice and Fire) was announced, the hype surrounding this title has been atomic.

Elden Ring is an open world soulslike dark fantasy RPG published by BANDAI NAMCO and developed by From Software Inc.. Become the Elden Lord by restoring the Elden Ring from its scattered shards. Fight, gain and build up your skills, and explore the Lands Between.

Due for release February 25 2022, you can pre-order Elden Ring on Steam now.

Redfall is the newest offering from Arkane Austin, the studio behind Dishonoured and Prey. Published by Bethesda and due for release in Summer 2022, Redfall is an open world co-op FPS game in which you have to take down vampires with unique powers who have taken over the town of Redfall, Massachusetts.

You have four characters to choose from, Devinder Crousley, Layla Ellison, Remi De La Rosa, and Jacob Boyer, each armed with their own unique weapons and abilities with whom you must form a crew of vampire slayers to save the town.

Redfall will be available on Windows 10 and Game Pass.

Set in the PUBG universe in the year 2320, this immersive action survival horror game is developed by new studio Striking Distance Studios (founded by co-creator of Dead Space, Glen Schofield) and published by Krafton.

You play as a prisoner attempting to escape a maximum-security prison colony on Jupiter’s moon Callisto. You must fight your way through hordes of various alien monstrosities, explore the colony, Black Iron created by the United Jupiter Company and uncover the secrets that lie within.

Although there hasn’t been a specific release date announced just yet, Callisto Protocol is definitely coming out at some point in 2022.

Starfield is a new action RPG developed by Bethesda Game Studios and published by Bethesda Softworks. Since the release of The Elder Scrolls and Fallout franchises over 25 years ago; this is the first new universe by Bethesda in a world set in space. You play as a space explorer in Starfield 20 years after a colony war took place between the Freestar Collective and the United Colonies, the two largest factions in Starfield.

It was announced during the Xbox showcase at E3 2021 that Starfield would be an Xbox exclusive, but it’ll be available on Windows 10 and Game Pass from 11 November 2022.

It was announced in October 2021 that the superb God of War 2018 would be coming to PC, much to the PC gaming world’s delight.

God of War is a single-player third-person action-adventure game developed by Santa Monica Studio and published by Sony Interactive.

You play as Kratos, the troubled former Greek god and his son Atreus. Packed with side quests, boss battles and a rich storyline, it will show PC gamers why it is one of PlayStation’s most popular and beloved exclusives.

The much-anticipated spin-off to Rainbow Six Siege is finally here! Ubisoft Montreal is back with Rainbow Six Extraction with plenty of kill-it-with-fire alien monstrosities to keep you sharp and alert.

In Extraction you play in a team of three to complete objectives while eliminating alien enemies called Archaeans. In each incursion all objectives and enemy placements are procedurally generated; there are up to 12 objectives to complete, including gathering intel or collecting samples.

Out for release January 20 2022, Rainbow Six Extraction is cross-platform and will be available on Epic Games, Ubisoft, Amazon Luna, and Google Stadia.

The much-loved RTS Company of Heroes is back with its third instalment from developer Relic Entertainment and published by Sega.

In a departure from its Western and Eastern Front settings, Company of Heroes 3 is set in the Mediterranean focusing on Italy and North Africa during WW2. There are a bunch of new features and improvements to look forward to, like the tactical pause and destruction system, which is not just for show, but allows for more strategic depth to gameplay.

There’s no specific release date yet, but it’s tipped for a Q4 2022 release. In the meantime, Wishlist it on Steam.

In a surprise preview at the Game Awards 2020, it was revealed that Ark 2, sequel to Ark: Survival Evolved, was on its way. Many fans were impressed with its graphics and actor Vin Diesel’s involvement in the game.

Ark 2 is an open world survivalcraft game developed and published by Studio Wildcard and follows on from its predecessor’s last DLC, Genesis Part 2. Explore the world, battle primeval creatures, craft a base, tools, and weapons, and enjoy improved graphics and enemy AI.

While there’s no specific release date just yet, Ark 2 will be coming out some time in 2022.

Following a successful Steam Open Access, Vampire: The Masquerade – Bloodhunt is due for release in Spring 2022. This free-to-play title is developed and published by Sharkmob and promises hours of endless vampire-on-vampire hunting fun.

Navigate your way around the rooftops and gorgeous streets of Prague in this action-packed, epic battle-royale title based on the Vampire: The Masquerade TTRPG and World of Darkness series. Choose your clan: Brujah, Nosferatu, or Toreador and “archetypes” to utilize its unique powers coupled with your strategy to reign supreme.

While you wait for its release, you can add it to your Wishlist on Steam.

Fans of Dying Light are itching to get their hands on the second instalment of the beloved action RPG Dying Light 2 Stay Human. Developed and published by Techland, the game sees you fighting (as its title implies), to stay human.

In this huge open-world survival-horror RPG, play with up to 4 player co-op using your combat and parkour skills to kill all the particularly hideous zombies infesting one of the last remaining human settlements.

Dying Light 2 Stay Human is due for release 4 February 2022. You can pre-order it now on Steam or Techland’s official site.