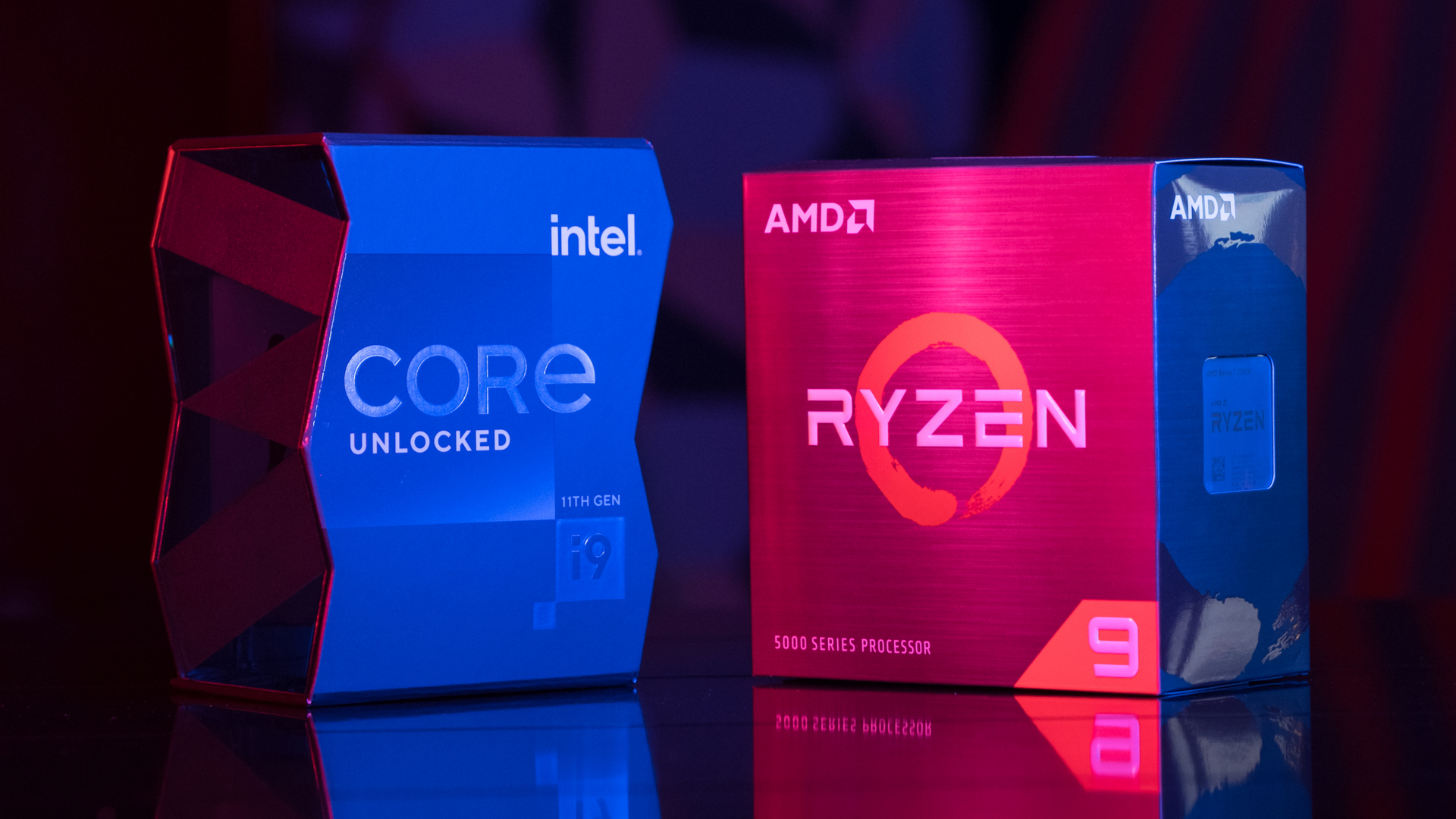 2021 had a slow start for Intel. The gears were in motion for some exciting things, but most of the year was dedicated to the ever-flowing incremental upgrades to Intel’s 14nm process and new products that didn’t muster the same fervor as AMD’s parts. Intel came into 2021 fresh off the launch of its Tiger Lake U-series processors and caught in the shadow of AMD’s Ryzen 5000 Series CPUs. So, let’s jump back in time to the point and see how Intel’s year played out.

Intel started with a bit of a splash for PC gamers. It’s introduction of high-power Tiger Lake H35 mobile processors let it show off powerful gaming laptops that flew under the radar with ultrabook form factors. With so many chunky gaming laptops that are hard to take about due to their size and weight, a shift here was welcome. These Tiger Lake processors also came alongside support for PCIe 4.0.

While Intel’s 10nm manufacturing process started off with Tiger Lake processors in the mobile space, Intel kept plugging along on its 14nm node with Rocket Lake in the desktop world. It released a bunch of 11th-Gen Intel Core series chips for desktop. And their performance was actually fairly competitive with AMD’s Ryzen 5000 Series, giving PC builders some options.

Though it came a little bit later than on AMD platforms, PCIe 4.0 support turned up on these Rocket Lake chips, giving users access to much higher bandwidth for storage and graphics cards. Factor in the availability of Intel’s chips on store shelves, and Intel had the winds of fortune blowing in its favor.

Intel’s new hardware and general availability helped it stem the tide of AMD’s growing market share briefly. In June, the Steam Hardware Survey showed Intel had clawed back 1.72% of the market, taking it right out of AMD’s hands. This happened in June just after three consecutive months of AMD gains. At that point, Intel was holding 71.58% of the market for Windows PCs on Steam, which comprise the majority of systems on Steam.

However, that doesn’t mean Intel could hold onto it. AMD has surged since then, seeing growth almost every month since June until reaching a peak of 31.53% in November, per Steam’s latest Hardware Survey.

For all the buzz Intel’s generated around dedicated Xe graphics cards, they still haven’t turned up for consumers. Intel has done plenty to impress with its Iris Xe graphics integrated into its processors, even offering enough performance for some modest gaming. But, expectations had been set a lot higher. There’d been talk of an Xe HPG series boasting up to 1,024 EUs and 42.3 TFLOPs of processing power, which would have outstripped even the Nvidia GeForce RTX 3090 in terms of FP32 performance. But, it has yet to materialize.

However, we’ve seen signs that Intel may be bringing these graphics cards to market in 2022, so hopefully we hear back in the near future, and the GPU market can finally become a three-way race.

You might have thought with all the Tiger Lake and Rocket lake releases in early 2021 that Intel would have only had those in store for the year, but Intel came in just at the last minute to release its new Alder Lake chips this year, and they are something else entirely.

Intel’s Alder Lake chips use a big.LITTLE architecture, something found regularly on phones but not so commonly seen in PCs — at least, until recently. This big.LITTLE design combines multiple core types onto a chip. In this case, Intel is packing some performance cores alongside efficiency cores. And, these cores are built on a 10nm node, so Intel is already upping the efficiency.

Alder Lake chips are already looking wonderfully powerful and efficient at the same time. Take for instance the Intel Core i7-12700K, which leaps up with eight multi-threaded performance cores that can hit 5GHz boost alongside four efficiency cores. With these chips, Intel is really coming for AMD’s core-count and thread-count crown. The improvements of Alder Lake also come alongside the introduction of DDR5 memory and PCIe 5.0 for consumers (even though it feels like we just got PCIe 4.0).

As much potential as Alder Lake has, that’s not quite the end of the story. The new architecture has run into some problems with games, and that’s something that will need sorting out. The support for both DDR4 and DDR5 memory may also lead to some confusion in adoption. Then, of course, there’s the reality that even with Alder Lake Intel hasn’t managed to stomp out AMD’s gains, though it hasn’t had much time to try.

Even in the face of a surging AMD and Apple’s switch to impressive in-house chips, Intel isn’t giving up. And, a recent move by the company has shown it’s not looking to give up its staff either.

As Intel not only designs but also fabricates its own chips, it’s at a high risk of employees getting poached by the likes of AMD and Nvidia on the design side and TSMC and GlobalFoundries on the fab side. So, to fend off poaching, Intel decided to hand out some major raises.

Intel has dedicated $1 billion toward wage increases and $1.4 billion in the form of shares going to employees. For a company with about 110,000 employees, that level of investment could see people getting some very hefty raises. That may not only keep employees around but also lure in new talent.

But the chip shortage

Though Intel is doing some big things this year, it’s not free from some of the major industry concerns. While you can get your hands on a lot of the processors Intel offered in 2021, Intel CEO Pat Gelsinger has repeatedly (1, 2, 3) warned that he sees the chip shortage stretching into 2023. This lines up with the expectations of an extended shortage from AMD CEO Dr. Lisa Su and Nvidia CEO Jensen Huang, though those two have eyed 2022 for some stabilization.