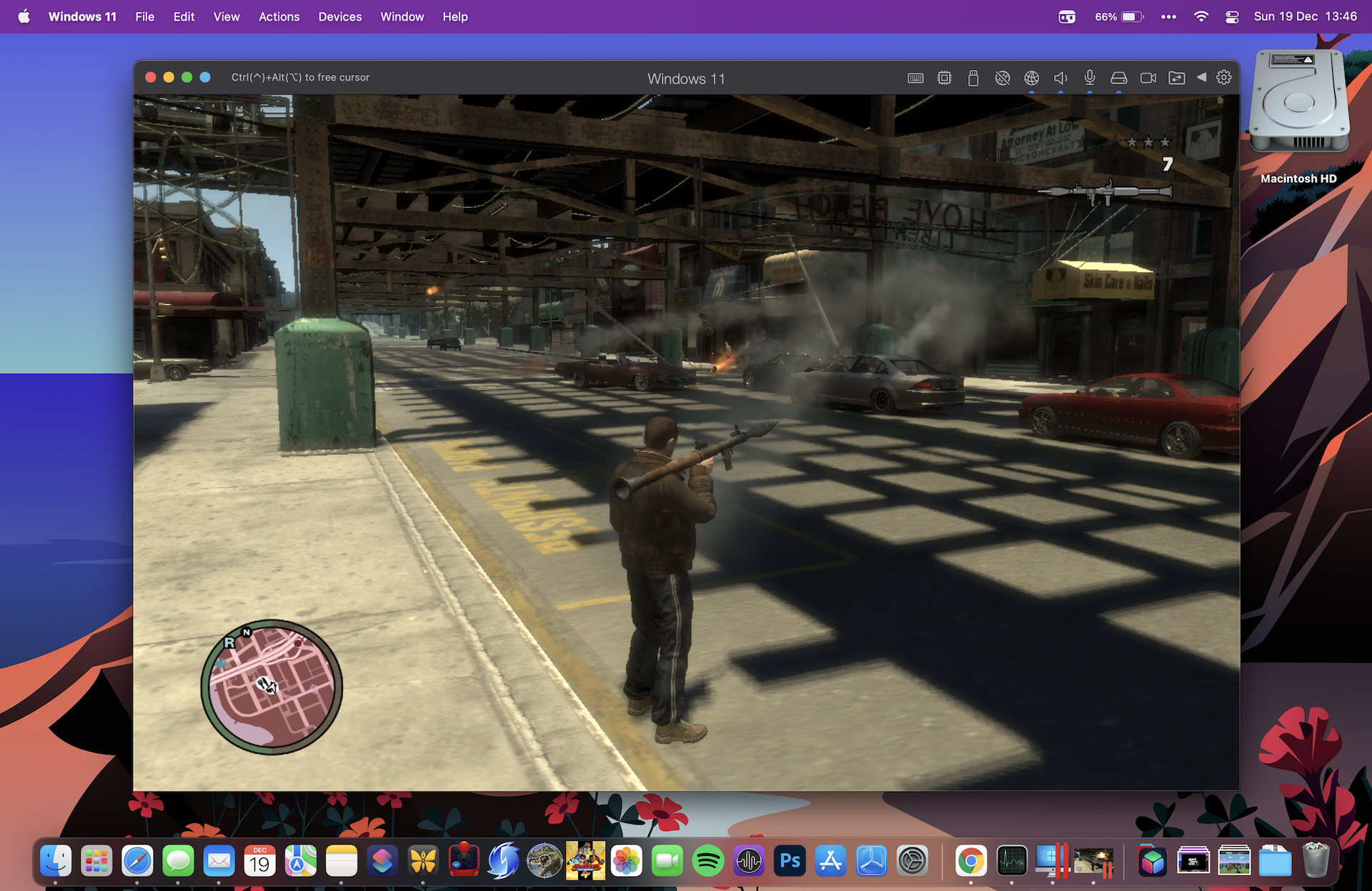 Gaming through virtualization on an Apple Silicon Mac is getting better with every M1 Mac release from the company.

Back in August, we tested games in Parallels Desktop, a popular virtualization software, on an M1 Mac mini, to see how certain games would run. We were surprised by the results. Many would run at almost a full speed in framerate, while others would run at an unplayable speed.

With the announcement of the M1 Pro and M1 Max chips, we were curious to see how the same games we tried back in August, would perform on the new MacBook Pro models.

As I upgraded to an M1 Pro MacBook Pro 14-inch in November, I decided to try the same games from August, to see if there’s been a significant improvement already.

As Apple Silicon chips run on a different architecture to Intel and AMD, apps need to be rewritten on macOS in order to take full advantage of the M1 chip. While Apple offers an app called Rosetta 2 to emulate apps that haven’t yet been rewritten, this doesn’t reap the speed and power benefits that a native app can bring.

With Parallels Desktop 17 fully compatible with M1, this means that we can run certain apps on Windows, within the app to see how games can run.

Since our testing in August, Windows 11 has been released, alongside an ARM version, so we installed Steam, Epic Games, Rockstar Launcher, and the Xbox app to see how these would run on the MacBook Pro.

We tested the same games as before:

Again, DOOM and Dragon Ball FighterZ refused to work, mainly due to the DirectX framework they’re built on. This is a graphics engine, originally created by Microsoft, that allows developers to run their games on certain machines.

Trying to load up Halo Infinite through the Xbox app also refused because of the same reason. Resident Evil 3 is running worse this time, with more graphical issues, making it unplayable, regardless of everything in graphic settings on ‘low’ or ‘off’.

The same applied to Grand Theft Auto IV. While it would take longer than usual when transitioning from an indoor area to the outside, everything felt smooth in a 1440p resolution with high settings.

Crash Bandicoot: N.Sane Trilogy was another surprise. While it would struggle with the Mac mini with graphical glitches everywhere, here there was no issue. This was also the only time where I could hear the fans, while more graphically intensive games wouldn’t summon them, so it could be a glitch with Parallels for the fans.

With the games running this well, I decided to go further in my testing with the M1 Pro.

With every game on medium settings at a 1440×900 resolution running at full speed, I decided to go for a high setting preset, with a higher resolution at 2560×1440 running the same games listed above.

The results surprised me yet again, with almost every game at full speed. However, Sekiro struggled

Metal Gear Solid V: Ground Zeroes ran at the high settings preset at a constant 60FPS, all within the window of Parallels Desktop.

The only attribute stopping me from playing more games was storage. But while this was impressive, we reached out to Dmitry Geynisman, Product Manager at Parallels to see what the plans were for the future in gaming for Parallels Desktop on Apple Silicon.

While we had noticed that DirectX 12 wasn’t possible, the team has confirmed that this is in the works. “The priority, for now, is DirectX 12. More games are solely running on this API, so we don’t want our users to be cut off from this, so this is the priority.” Geynisman clarifies. “Eventually down the line, we want to support Vulkan, but that partly depends on Apple as well.”

Some of the big games, such as Halo Infinite and Fortnite, will want to be played on these Macs, and we asked whether support for this will arrive.

“With Halo, that’s up to Microsoft due to the API again, but Fortnite is a different one.” Geynisman explains. “It crashes due to the anti-cheat system that’s built-in, but we’re investigating whether that can be enabled within Parallels.”

With the impressive results, we asked if another tier of Parallels, focused on gaming, would be in the company’s future.

“It’s not something we’re considering for now, but in the meantime, we want to make sure that we can offer the games that people own on their Windows PC, on the Mac. Geynisman continues. “We’re as shocked as you in how well some of these games are performing, and we just want to keep this going.”

As more games improve and Parallels works on more compatibility with M1 Pro and M1 Max, time will tell how the future Macs will run these games.