MusicMatch makes it easy to share music between streaming services

MusicMatch makes it easy to share music between streaming services 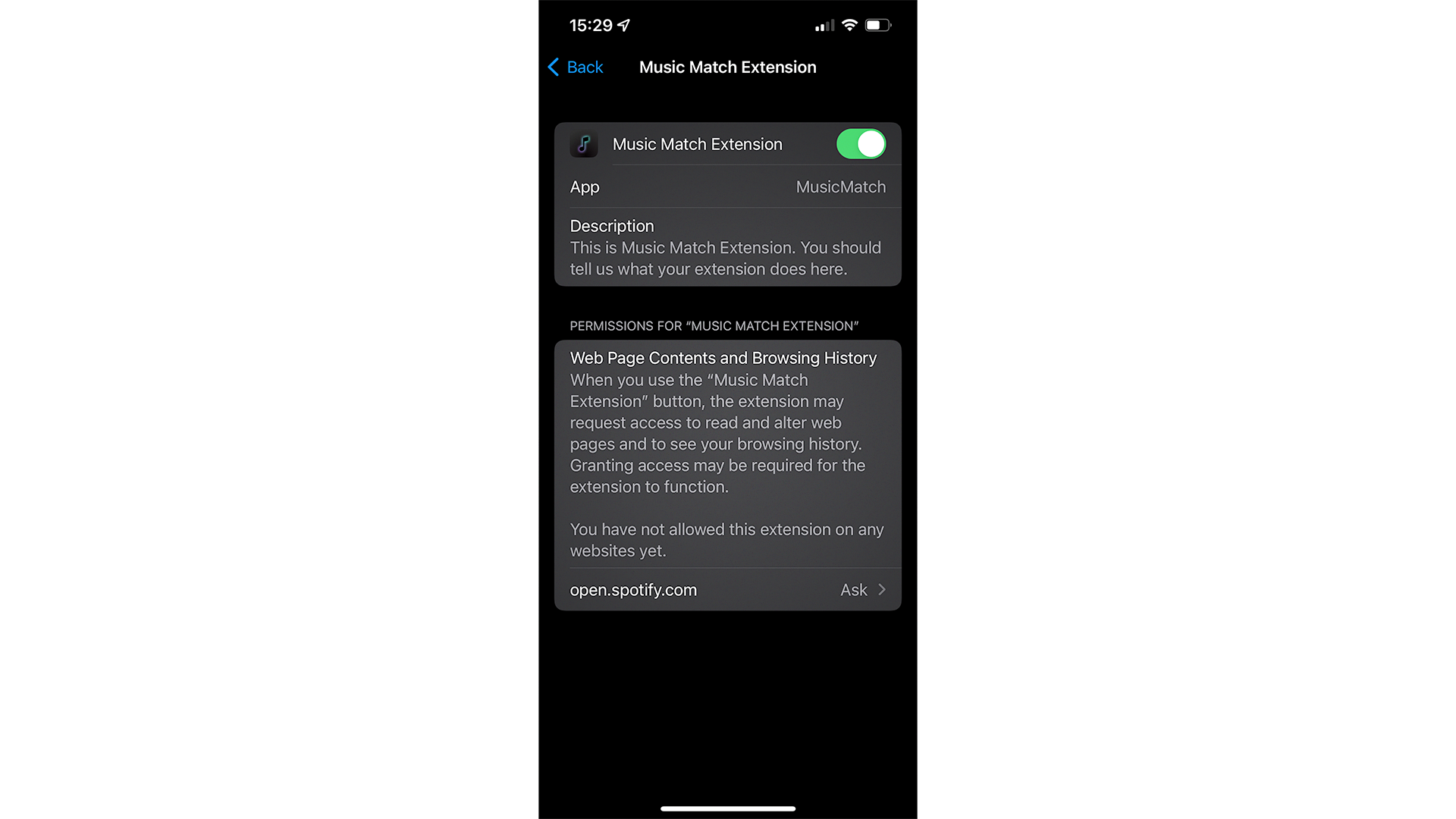 If you’ve ever felt frustrated trying to open a shared link from a music streaming service you don’t use, you’re not alone. But sharing the next best Holly Humberstone song doesn’t have to be difficult. A new app, launching today (December 12), is making it easier than ever to share and play your favorite tracks.

MusicMatch, developed by Patrick Hardy and Arthur Van Siclen, is a free app now available on iPhones running iOS 15. The app allows music lovers to open shared song links in either Spotify or Apple Music within the app. You can also play song links utilizing a Safari extension, without opening the MusicMatch app.

While the app sounds simple enough, we spoke to Hardy and Van Siclen to find out what motivated them to develop MusicMatch. Here’s what we know about this new music app.

How to use MusicMatch

MusicMatch is free in the App store and available to download for devices running iOS 15. Copy your song, album, or artist link to your clipboard and then open the MusicMatch app. Select where the link will open, whether Apple Music or Spotify.

A Safari extension will provide the same convenience, but within the Safari web browser. To enable this, go to Settings > Safari > Extensions > MusicMatch > Enable All Websites > Enable MusicMatch.

At this time, only links from Spotify that open in Apple Music will work with the Safari extension, but Hardy and Van Siclen are working on making Apple Music links work in Spotify on the web browser as well.

Where does MusicMatch fit on iOS?

As far as creating the app, Van Siclen handled the design and development of MusicMatch while Hardy focused on the integration of Spotify, Apple Music, and the Safari extension.

We asked them why they created the app in the first place.

“I’ve clicked so many Spotify links, found the song or artist name, then searched on Apple Music so many times. Every day.” Van Siclen explains.” Every time someone sends me a link I have to go through those steps. It’s onerous. I’m almost mad thinking about it now.”

“Arthur and I have been sharing music with each other for years, but Arthur has always been on Apple Music and I’ve always preferred Spotify. We would go through the process looking up a track on the other’s service then searching for that same content on another platform.” Hardy continues. “When Apple announced that Safari Extensions would be available on iOS 15, we realized that there was a pathway to make this process painless and automatic. We knew the pain first hand and were sure it would be useful to a lot of people who share music with their friends.”

While the app is a simple way of opening a music link, the two developers also discovered Safari Extensions on iOS 15 as another use-case for MusicMatch.

“When we heard about Safari Extensions coming to iOS we quickly identified this as an opportunity to solve this problem once and for all.” Van Siclen continues. “We made the Safari Extension, but understanding that extensions are kind of an esoteric, “pro” thing to set up, we decided to make the app fully functional itself. That was a good decision – my mom was able to use the app the first time she needed it.”

To macOS and beyond?

It’s only the first day of the app’s launch, but Hardy and Van Siclen aren’t stopping there. As you will see music links shared to you on other devices such as a Mac, there’s plenty of use cases where MusicMatch can help.

“Yes, we architected the app with cross-platform applications in mind,” Hardy explains. “We would love for MusicMatch to solve this problem no matter where customers are at. Our iOS app is just the start.”

“MusicMatch will soon come to macOS as both an app and Safari Extension. It is built with SwiftUI and has great access to Apple’s modern cross-platform infrastructure.” Van Siclen adds.

But if you only have an iPhone, the two devs have plans for a future update on iOS.

“We’re also excited to add support for Tidal, YouTube Music, Pandora, and the other popular streaming services.” Van Siclen continues. “The key goal we identified is to be reliable, so for the first few updates we are focused on ensuring MusicMatch does its job flawlessly for everyone.”

Finally, we wanted to know if Hardy and Van Siclen were big music users on iOS.

“Yes! I listen to jazz, and when we work together, we put on London Grammar, Javiera Mena, Kamasi Washington, and a lot of cross-genre artists.” Van Siclen explains.

“Music has always played an important role in our lives.” Hardy adds. “Sharing music that’s inspiring, songs to practice on the guitar, or artists to learn from has always been at the core of a rich and connected life for us.”