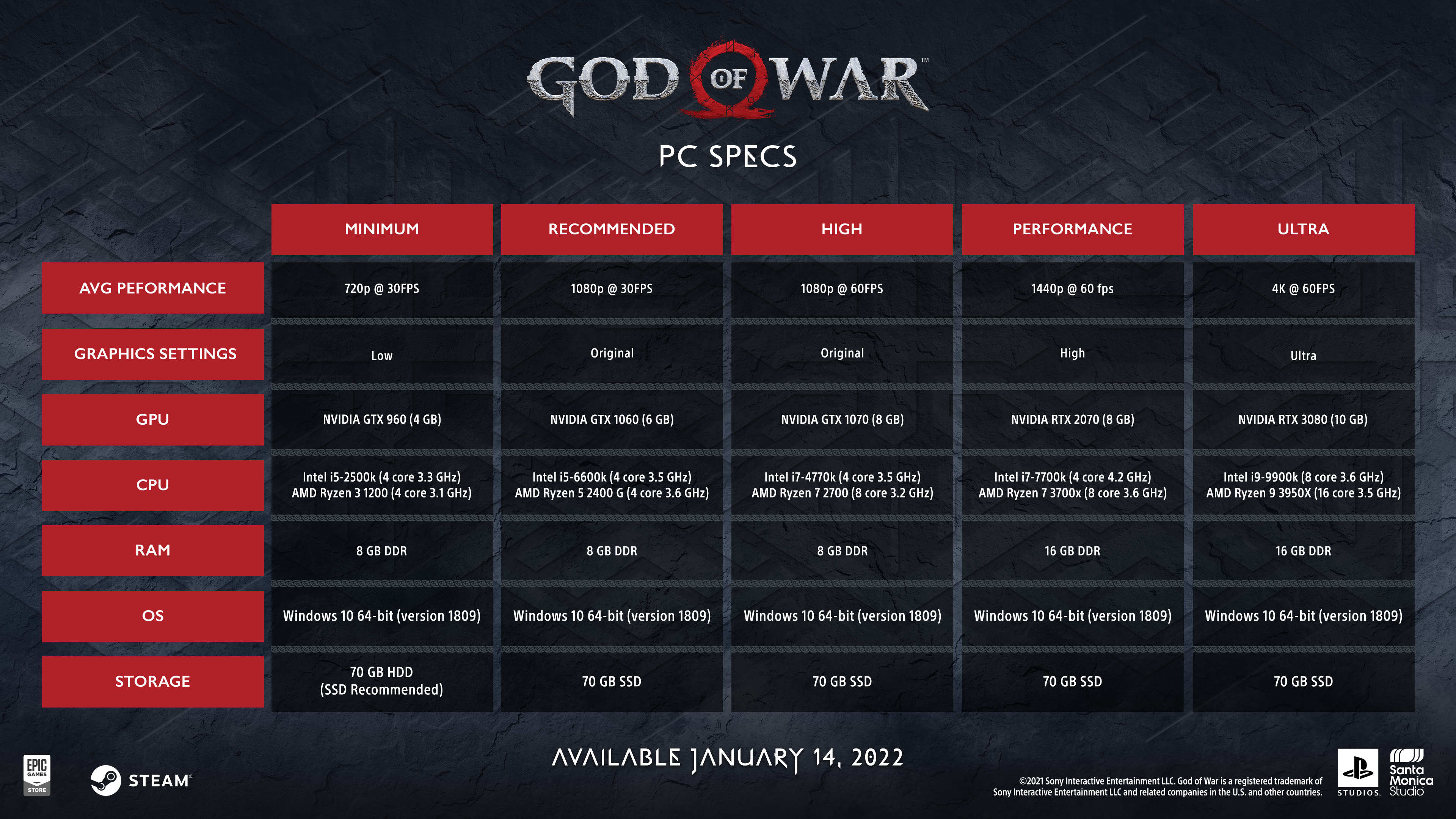 Sony Interactive Entertainment and Santa Monica Studio revealed a brand new trailer for the upcoming PC port of 2018’s God of War on Wednesday, and it looks every bit as phenomenal as expected.

The trailer shows off many of the upgrades from the console version including improved lighting and shadow effects, higher detailed assets, higher rendering resolutions, an uncapped framerate, and widescreen support.

We also have the official graphical requirements for the game, which is based on Nvidia architecture:

Analysis: Diving into the PC version

Thanks to a partnership with Sony and Nvidia, there will be scores of other features the PC version comes with as well. The biggest one is the previously revealed Nvidia Deep Learning Super Sampling (DLSS), which lets players max out graphics and upscale their resolution while actually playing it at lower settings.

There’s also Nvidia Reflex for GeForce 900 Series GPUs and newer, which reduces system latency and makes gameplay more responsive. Some other upgrades to the titles include improved screen-space reflections, enhanced Ground Truth Ambient Occlusion (GTAO), and Screen Space Directional Occlusion (SSDO) effects. And according to a previous PlayStation blog post, God of War on PC can be played on 21:9 ultrawide displays.

For those with Team Red’s GPU instead, they won’t be left in the dust. God of War will not only use Nvidia’s DLSS but also AMD’s rival frame rate boosting tech, FidelityFX Super Resolution.